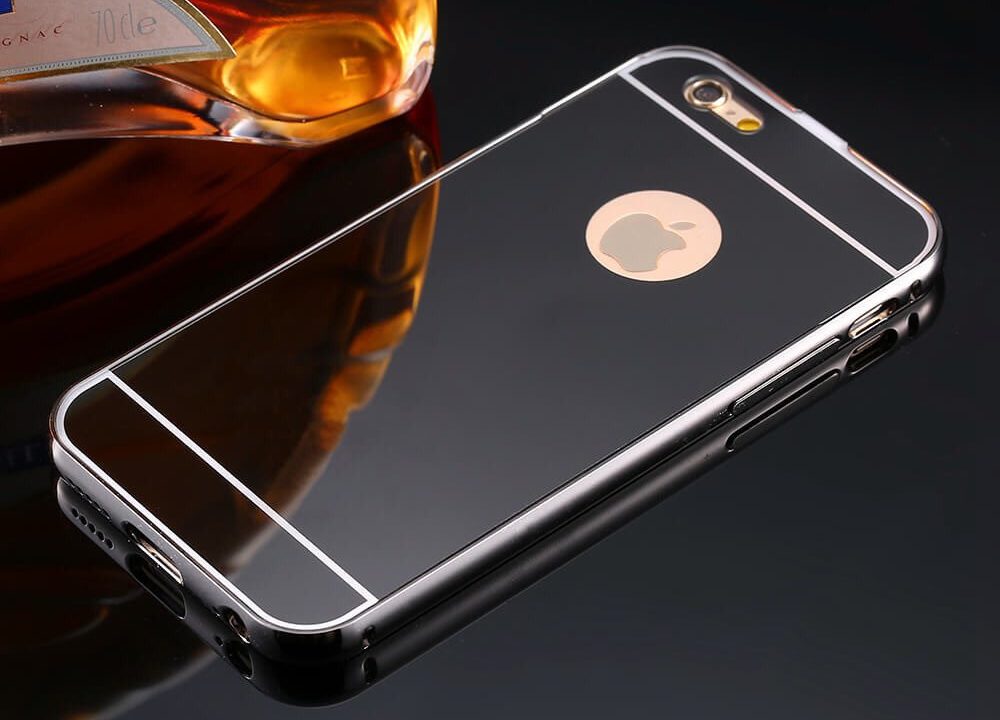 Apple’s OLED-based iPhone 8 could be offered in four color finishes when it launches later this year, including a mirror-like reflective version which hasn’t been used for iPhones before, prolific smartphone leaker Benjamin Geskin said on Twitter this weekend.

He learned this interesting tidbit from one of his sources. By comparison, iPhone 7 is offered in six distinct colorways: Silver, Gold, Rose Gold, Black, Jet Black and (PRODUCT)RED.

Geskin has been leaking information about Apple’s 2017 iPhones for moths, but his track record in the Apple rumor business has yet to be established so treat his latest claim with skepticism. He shared an image of an iPhone 6s in a third-party reflective case, seen top of post, to illustrate what the new color option for iPhone 8 might look like.

iPhone in Canada asked veteran leaker Steve Hemmerstoffer, who has a reliable track record, to comment on Geskins’ tweet. He said that this particular rumor could have originated from widely available Chinese clones.

Src told that Apple called and began investigation, because of this leak. Now all camera phones will be banned on check floor and etc.

Hemmerstoffer also called out Geskin publicly, saying he shouldn’t be taking credit for so-called “leaks” discovered publicly on Chinese social media. In fact, Hemmerstoffer, who runs the OnLeaks account on Twitter, told the publication that Geskin lifted one of his first iPhone 8 dimensions leaks and passed it on as his own with a watermark.

U know I know U a thief, a cheater & a liar. Remember that private chat during which you confessed your cheatings? Don't push me too far… pic.twitter.com/iiMUR5rNmL

At any rate, iPhone 8 wouldn’t be the first phone to include a reflective finish.

That crown belongs to Sony, which made two phones with a mirror-like finish: Xperia Z5 Premium and Xperia XZ Premium. The Xiaomi 6 phone also includes a mirror-like color option..

Four distinct colors for Apple’s flagship phone seems a lot if you consider a recent report from trusted Apple analyst Ming-Chi Kuo of KGI Securities, who predicted iPhone 8 would offer fewer casing colors than the iPhone 7s/Plus models to “maintain its boutique image”.