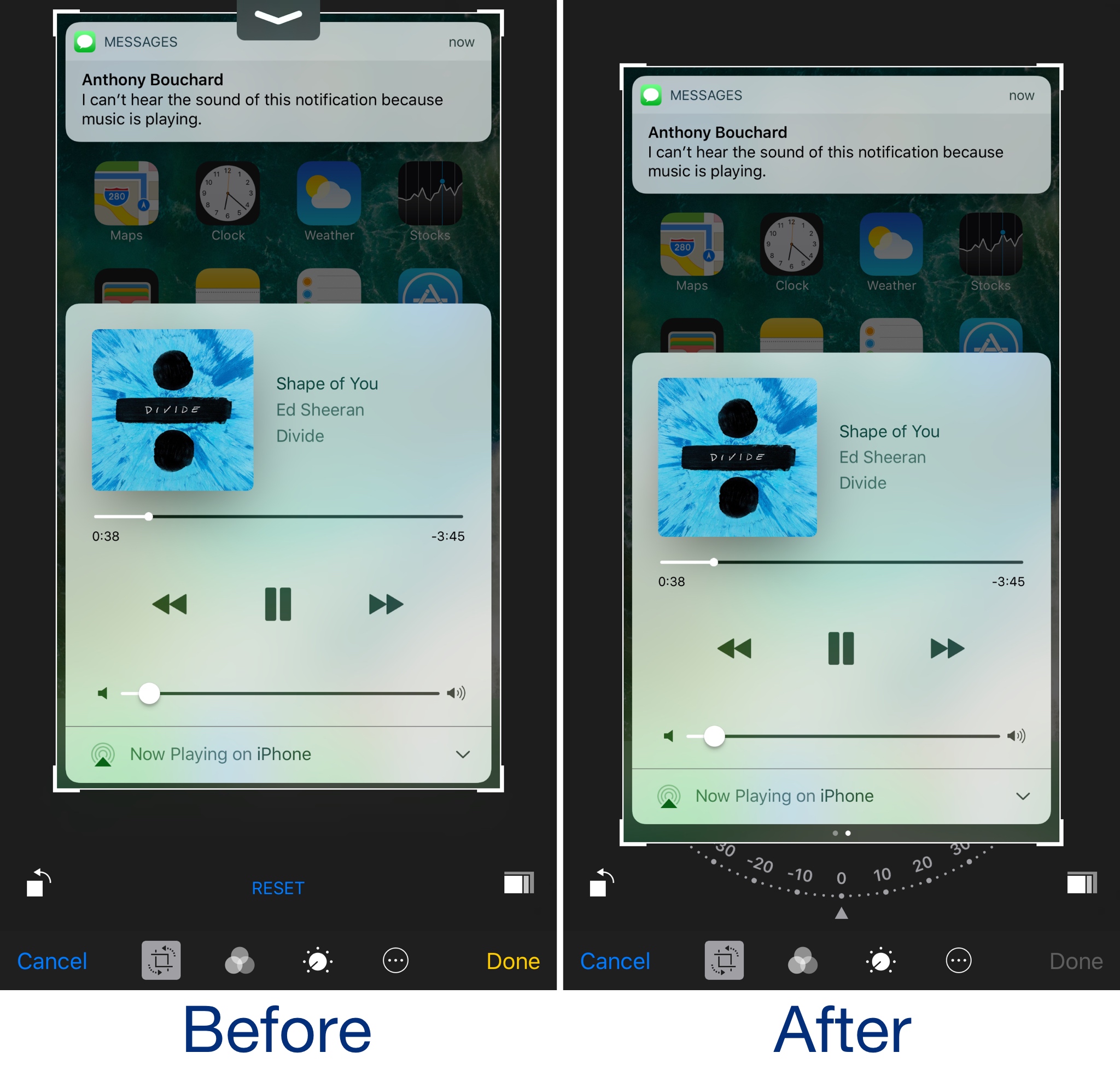 I use the image-cropping tools from my iPhone’s Photos app on a daily basis, and I’ve noticed that I accidentally invoke the Notification Center grabber quite a lot while cropping when I attempt to drag down from the top of the image.

BetterPhotoCrop by iOS developer Andreas Henriksson is a new free jailbreak tweak that moves the cropping interface down enough to prevent the Notification Center grabber from being invoked when you drag down from the top of an image to crop it.

It’s nit-picking a small detail for sure, but when it comes down to these fine details, this is something I would’ve expected Apple to pick up on before the jailbreak community ever needed to.

The cropping interface isn’t moved so far down that it hinders your cropping capabilities and the interface looks just as good after installing the tweak as it did before, which is another huge bonus for those who use the interface on a regular basis.

This tweak doesn’t have any options to configure; after it’s installed, it gets right to work by doing what it’s advertised to do, and that’s really all there is to it. I think it’s a great improvement to the stock interface, as it prevents a minor problem from becoming a larger one down the road.

BetterPhotoCrop is available as a free download from Cydia’s BigBoss repository and is also open source on GitHub for anyone who wants to learn more about the code that makes it tick. The tweak works on all jailbroken iOS 10 devices.

Have you ever invoked the Notification Center grabber accidentally while cropping an image in the Photos app before? Share in the comments section below!