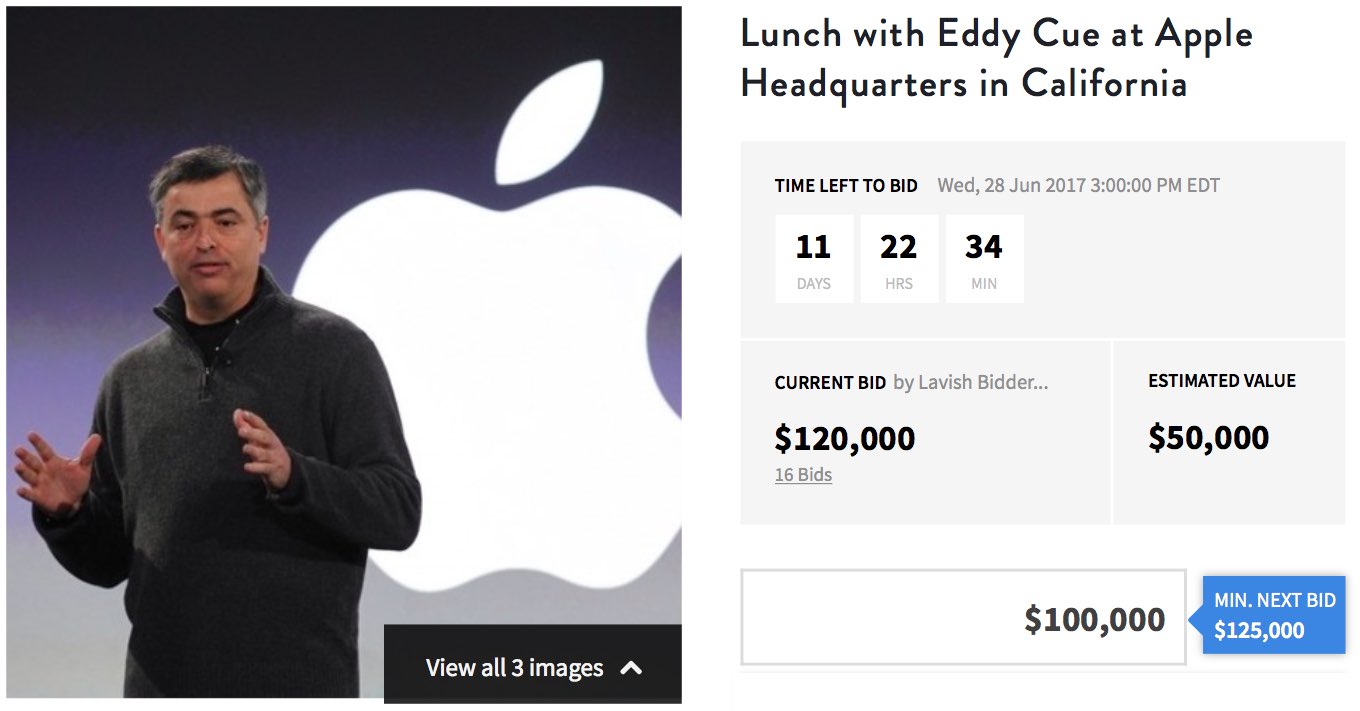 Not to be outdone by his boss Tim Cook’s fifth auction with Charitybuzz, Eddy Cue just put himself up for auction.

Bids in support of the National Association of Basketball Coaches Foundation in Kansas City, Missouri can be placed until June 28 at 12:00pm Pacific Time. The winning bidder will have a private lunch with Cue at Apple Park, the iPhone maker’s massive new headquarters in Cupertino, California.

“Here’s your chance to have lunch with Eddy Cue at the stunning new 175-acre Apple headquarters in Cupertino, CA, where you will learn more about Apple’s industry-leading content stores and online services,” reads the website.

Although the lunch does not include a tour of Apple Park and photography is not permitted, the winning bidder will have “a rare opportunity to see Apple Park and engage in a one-on-one, in-depth conversation with one of the most innovative business minds of our generation.”

The lunch is valid for two people. Cost of the meal is included, but travel and accommodations are not. The experience cannot be resold or re-auctioned. Tim Cook’s recent Apple Park lunch and meeting auction raised an incredible $680,000.

Apple Park is located in Cupertino, California, 43 miles outside San Francisco and 10 miles from San Jose.

Cue, 52, earned a bachelor’s degree in Computer Science and Economics from Duke university. He joined Apple in 1989, where he played a key role in developing the company’s award-winning iLife suite of applications.