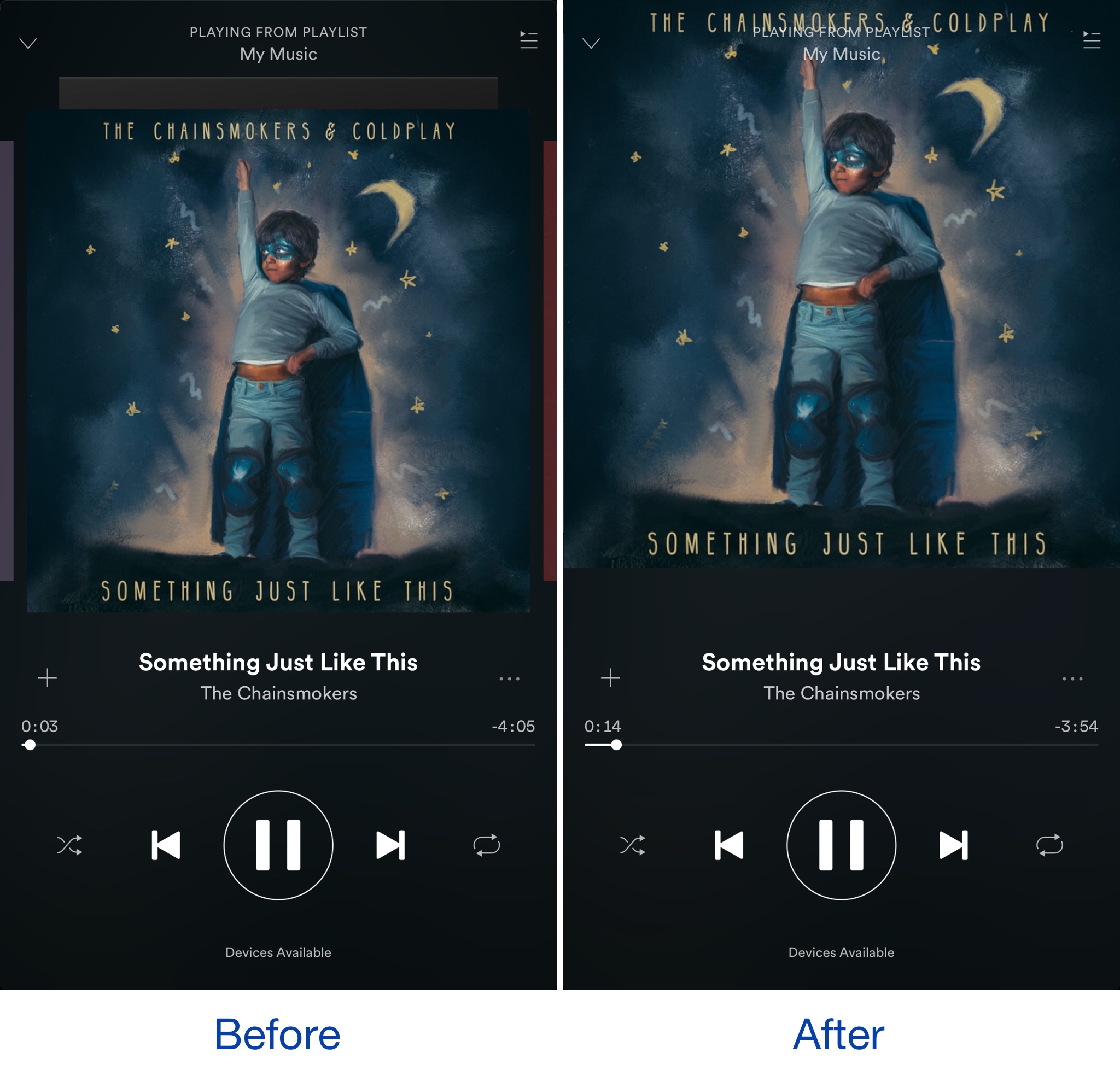 When listening to your songs in the Spotify Music app, the album artwork is typically scaled down slightly so that there’s a bit of empty space in between it and the edge of the display.

A new free jailbreak tweak dubbed SpotifyFullScreenArtworkUI by iOS developer theo78825 scales up the album artwork a little bit more so it fills the whole top half of the screen.

For the most part, the differences are subtle, and some might say it looks cleaner after the fact. Personally, I think it looks and feels more immersive after the fact, but that’s just my opinion. You can judge for yourself in the before and after examples via the illustration above.

SpotifyFullScreenArtworkUI doesn’t have any options to configure and only works with the free Spotify Music app from the App Store. That said, you shouldn’t see any differences in any of your other music apps installed on your device.

If you’re interested in giving SpotifyFullyScreenArtworkUI a try, you can download it for free from Cydia’s BigBoss repository. The tweak works on all jailbroken iOS 10 devices.

Do you prefer the stock scaled artwork or the larger full-screen artwork more? Share your thoughts in the comments section below.