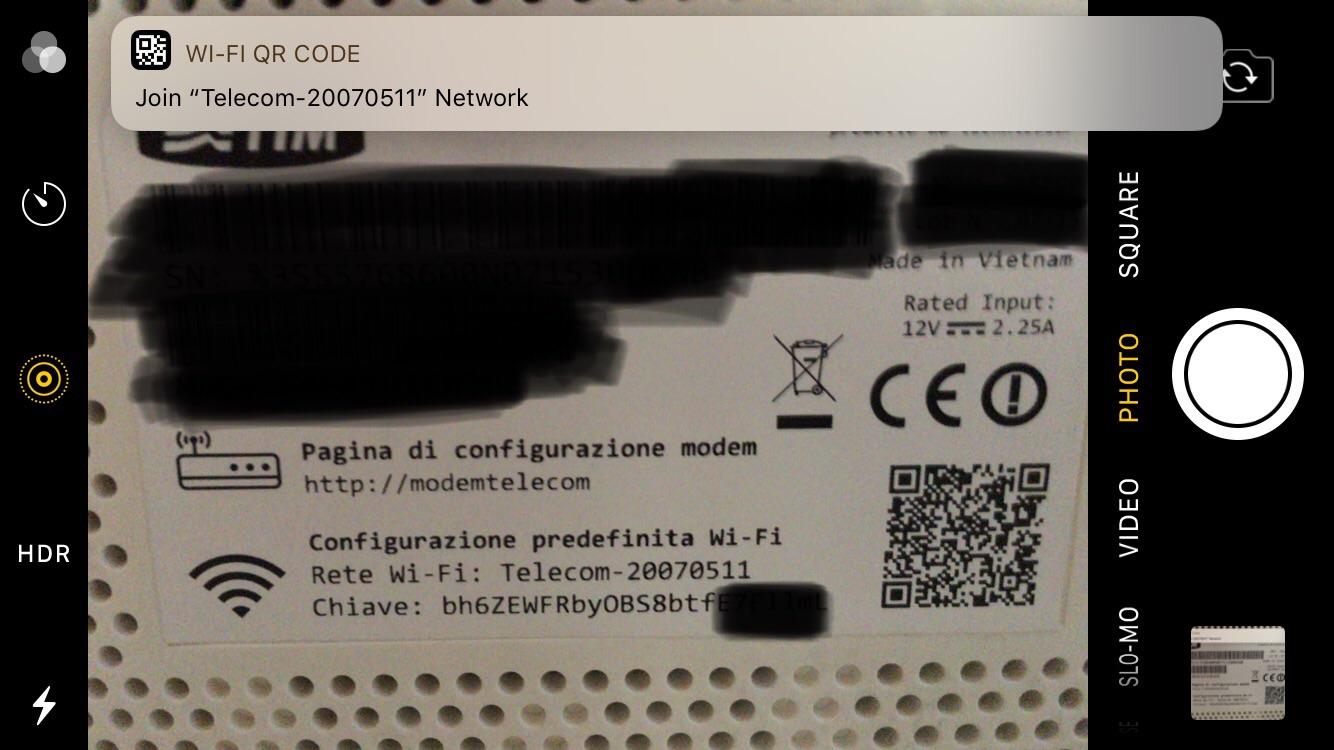 iOS 11 brings QR Code scanning to the native Camera app, which previously required a third-party app. A Reddit user has now discovered that the operating system allows you to quickly and effortlessly join a Wi-Fi network by scanning a router’s QR Code inside the Camera app.

iOS 11 then puts up a notification on the device with the name of the recognized Wi-Fi network, allowing you to connect to it with a simple tap on the banner notification.

Assuming the user has generated and printed out a QR code which contains their Wi-Fi login details, such as the SSID and the password, anyone with an iOS 11 device can join their network by scanning the QR code, without having the network password revealed to them.

Android at Google I/O 2017 gained a similar router QR Code scanning feature of its own via a new Google Lens feature that uses computer vision to detect text on images. You can generate a QR Code for your own Wi-Fi network using an online service at qifi.org.

iOS 11 also makes it easy to share your Wi-Fi password with nearby devices. The stock Camera app on iOS 11 can also be used to scan other QR Codes with support for launching any linked app or website.