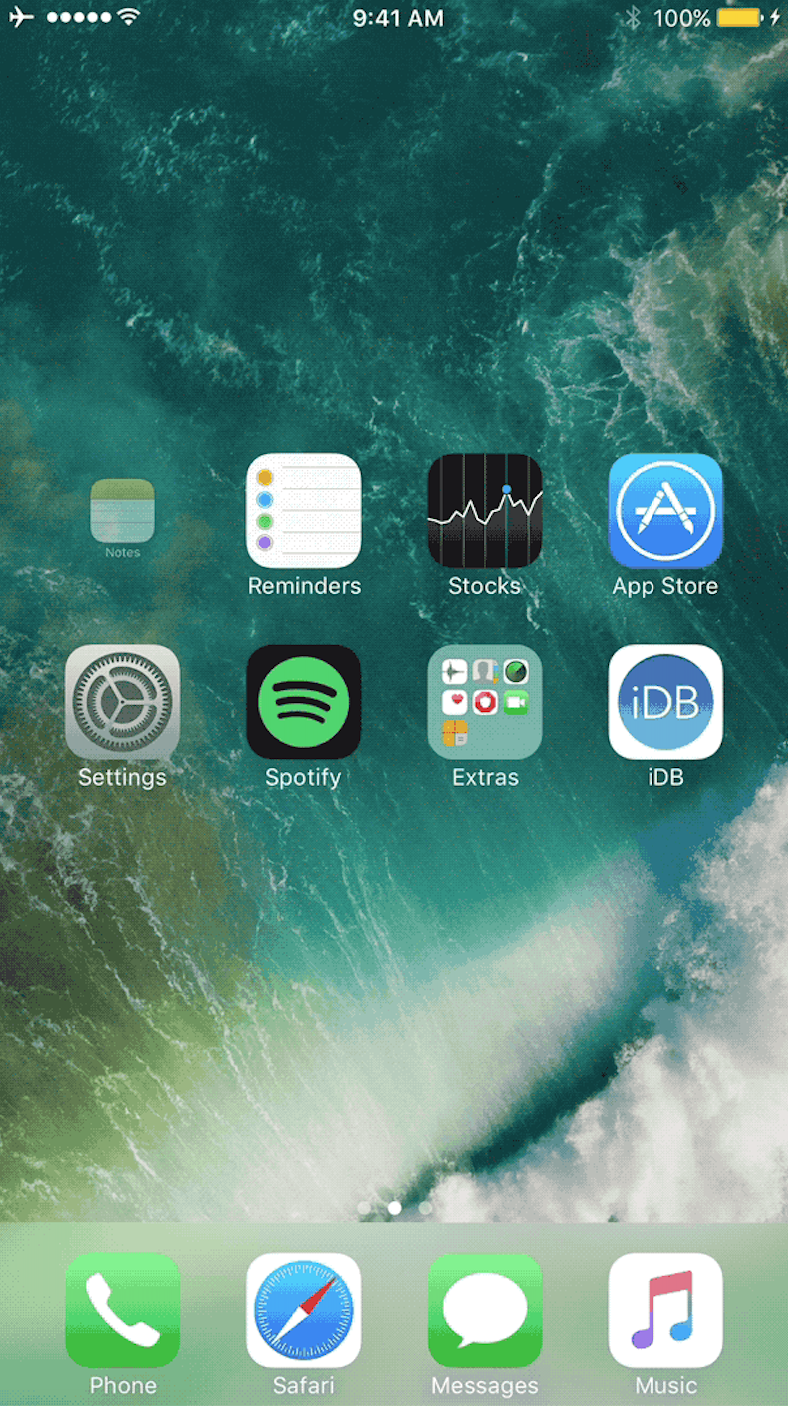 When Apple kicked off the WWDC 2017 keynote this year, they presented a hilarious comedy skit that put into perspective just how important mobile apps are in our daily lives. As every iOS device went kaput, the world quickly delved into chaos.

iOS developer CPDigitalDarkroom decided it would be fun to recreate the apocalyptic scenario, and so he created a new free jailbreak tweak he calls FunAppocalypse that simulates the visual effects and sounds that were illustrated in the keynote skit.

So why the two P’s in Appocalypse? Totally intentional; it’s a play on the word “apps.”

When FunAppolcaypse activates, all of your Home screen app icons disappear from view one-by-one, and we’re showing you what this looks like in the animated GIF below:

All of your app icons automatically return to your Home screen, one-by-one, exactly 10 seconds after the effect takes place.

While FunAppocalypse doesn’t currently have a manual invocation method, the developer plans to add one in the future via Activator. For now, the tweak is fully automatic with the intention of giving you the thrill of a realistic situation; the same kind that you would be left in had you have been involved in the skit from Apple’s WWDC keynote.

After you install the tweak, it automatically configures “x” amount of times (under 10) that you will have to do “something” before the animation commences; the chosen action is known as a trigger. Triggers include unlocking your device, swiping through Home screen pages, and closing apps. These triggers are randomized for the sole purposes of adding to the thrill factor.

To help keep the tweak from being obnoxious and getting in the way of important tasks too often, the developer built in some safeguards. For example, once it goes off, it will refrain from going off again until a while after the first trigger was initiated. This will give you some time to get things done without interruption.

While FunAppocalypse certainly isn’t for everyone, it should be good fun for those who have a sense of humor and who want to show off to their fellow Apple fanatics while referring to the WWDC 2017 keynote.

The tweak works on jailbroken iOS 10 devices and is available as a free download from CPDigitalDarkroom’s beta repository, which we’ve included for your convenience below:

Note: Because of the tweak’s intrusive nature, and because it’s still in beta development, you shouldn’t deploy it on devices you rely on for communication, as it can interrupt your flow.

What are your initial first impressions with the FunAppocalypse experience? Share in the comments section below.