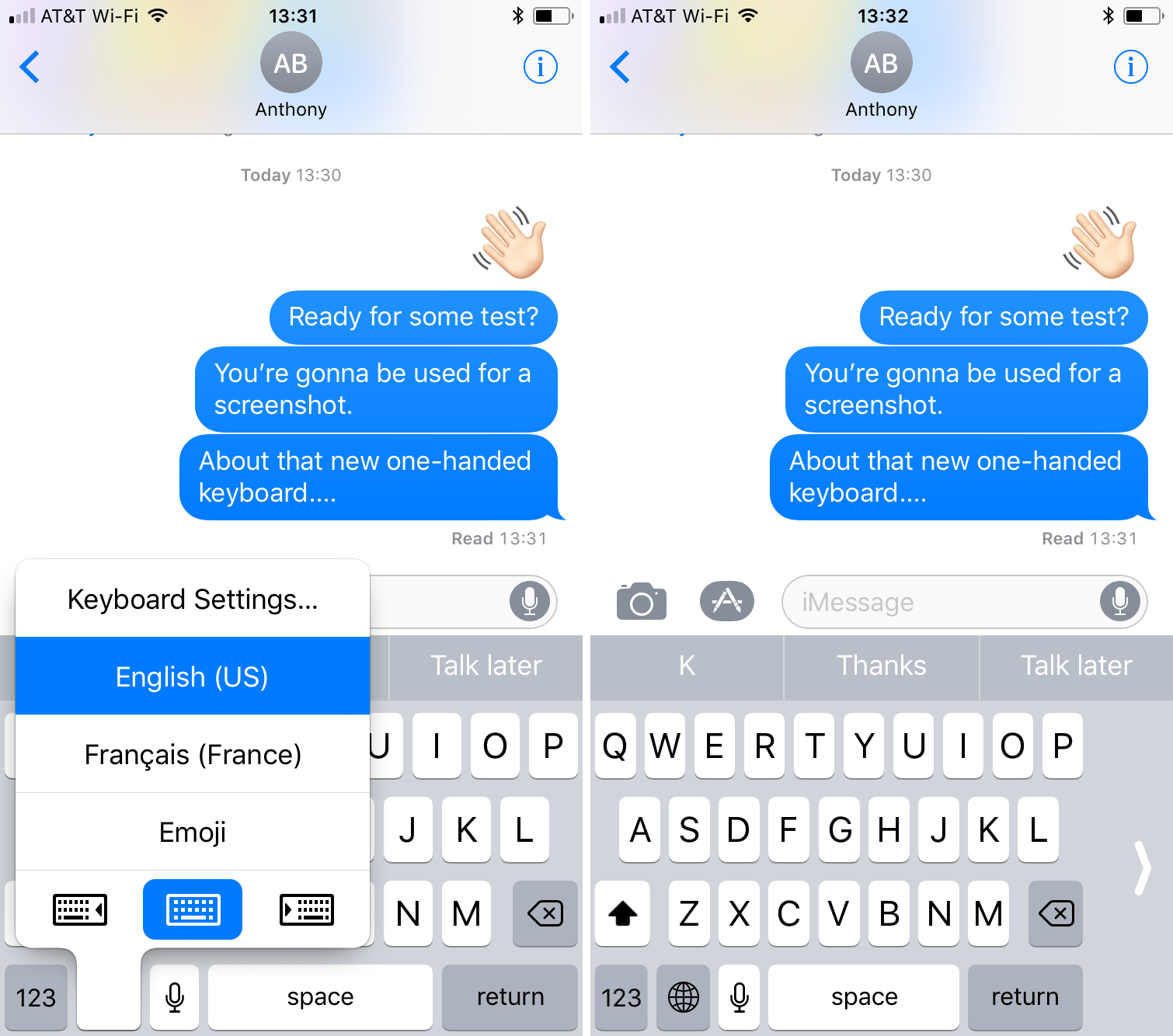 Typing on those little mobile device screens has always been a cumbersome process compared to typing on a full-sized keyboard, but with iOS 11, Apple intends to take away some of the sting with new features on the iPhone.

iPhones with the larger 4.7-inch and 5.5-inch displays are generally more difficult to type on with one hand than the smaller 4-inch counterparts are. Many people resort to using two hands whenever possible so that they don’t inadvertently drop their device while trying to compose a message.

To solve this problem, Apple is implementing a new one-handed keyboard, which empowers the user with the ability to move the keyboard either fully to the left or to the right of the screen with an arrow button so that typing with a single thumb is easier. This makes the new interface compatible with both left and right-handed users

Without having to over-extend your thumb to type, you reduce the risk of losing your grip on your device, which can be hazardous when walking down the sidewalk, for instance.

The concept is very similar to the jailbreak tweak OneHandWizard, which bring the entire iPhone interface down to scale so that it’s the same as a 4-inch display and can be reached with just one thumb.

Are you excited to start typing with the one-handed keyboard on your iPhone when iOS 11 drops? Or will be getting adventurous and installing the beta right now? Share in the comments section below!