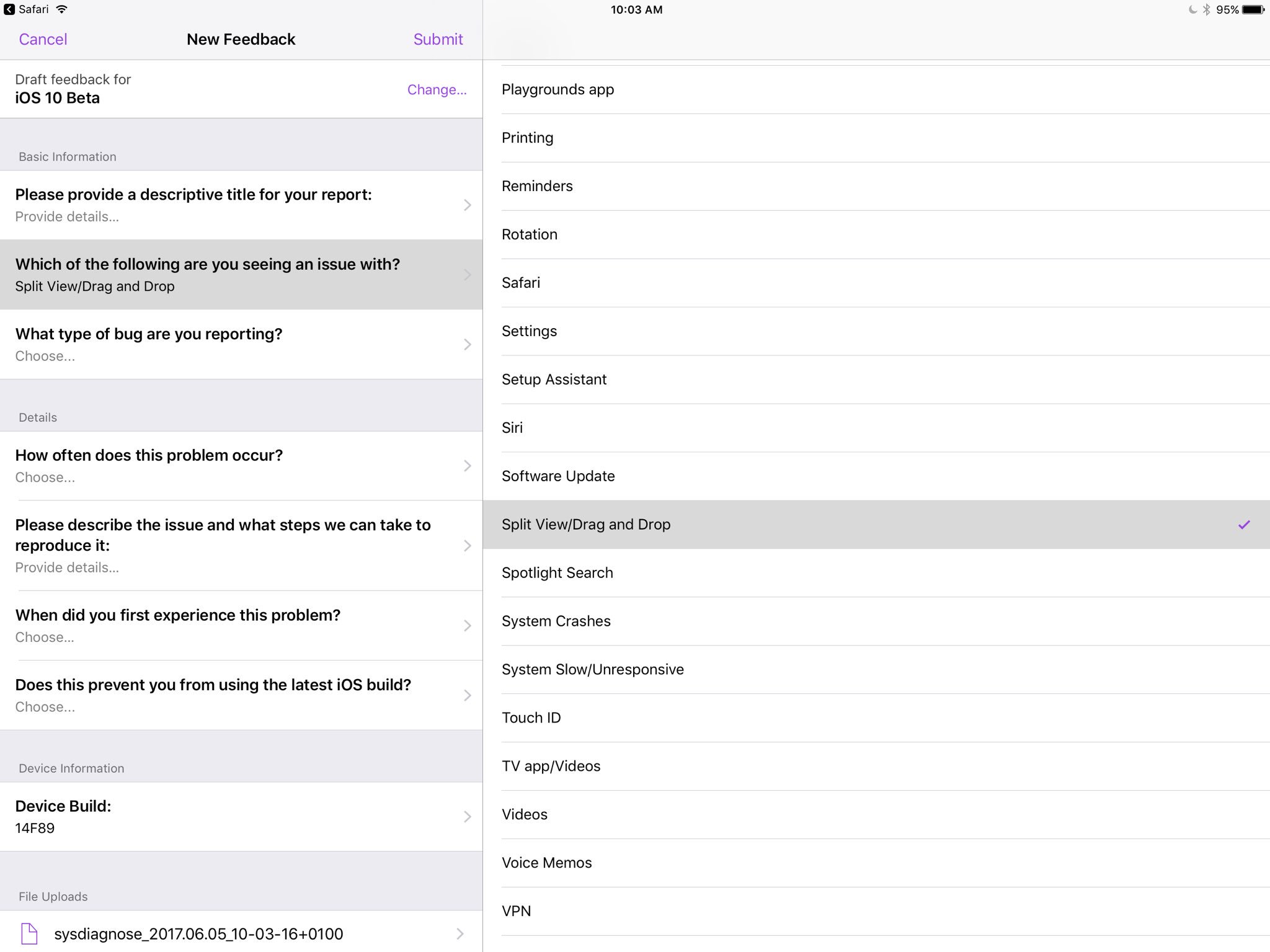 Apple’s own Feedback app, that iOS beta testers use for reporting bugs, contains references to a drag and drop feature, as first spotted by developer Steven Troughton-Smith this morning.

An entry labeled “Split View/Drag and Drop” now appears in the list of preset options when filing a bug using the Feedback app. iOS, of course, lacks any drag and drop features that would admittedly be tremendously useful, especially in Split View mode.

That said, it’s unclear that the Cupertino technology giant will formally announce drag and drop functionality in iOS 11 during today’s live-streamed WWDC keynote.

Ukrainian developer Readdle’s popular iOS apps were updated last week with the ability to drag and drop content between them in iOS’s Split View multitasking mode on iPad, providing an early preview of how Apple’s version of system-wide drag-and-drop might work in iOS 11.

“Another finger could be used to navigate in a different ‘drop area’ of an app, or a user could keep dragging until the Split View app picker is shown and drop an item onto an app’s icon, opening a contextual action menu.”

Late Sunday, Troughton-Smith discovered a placeholder listing for Apple’s unreleased Files app on App Store. It’s since been removed and no screenshots or official descriptions were provided, but we do know it’s going to require iOS 11 and 64-bit support.