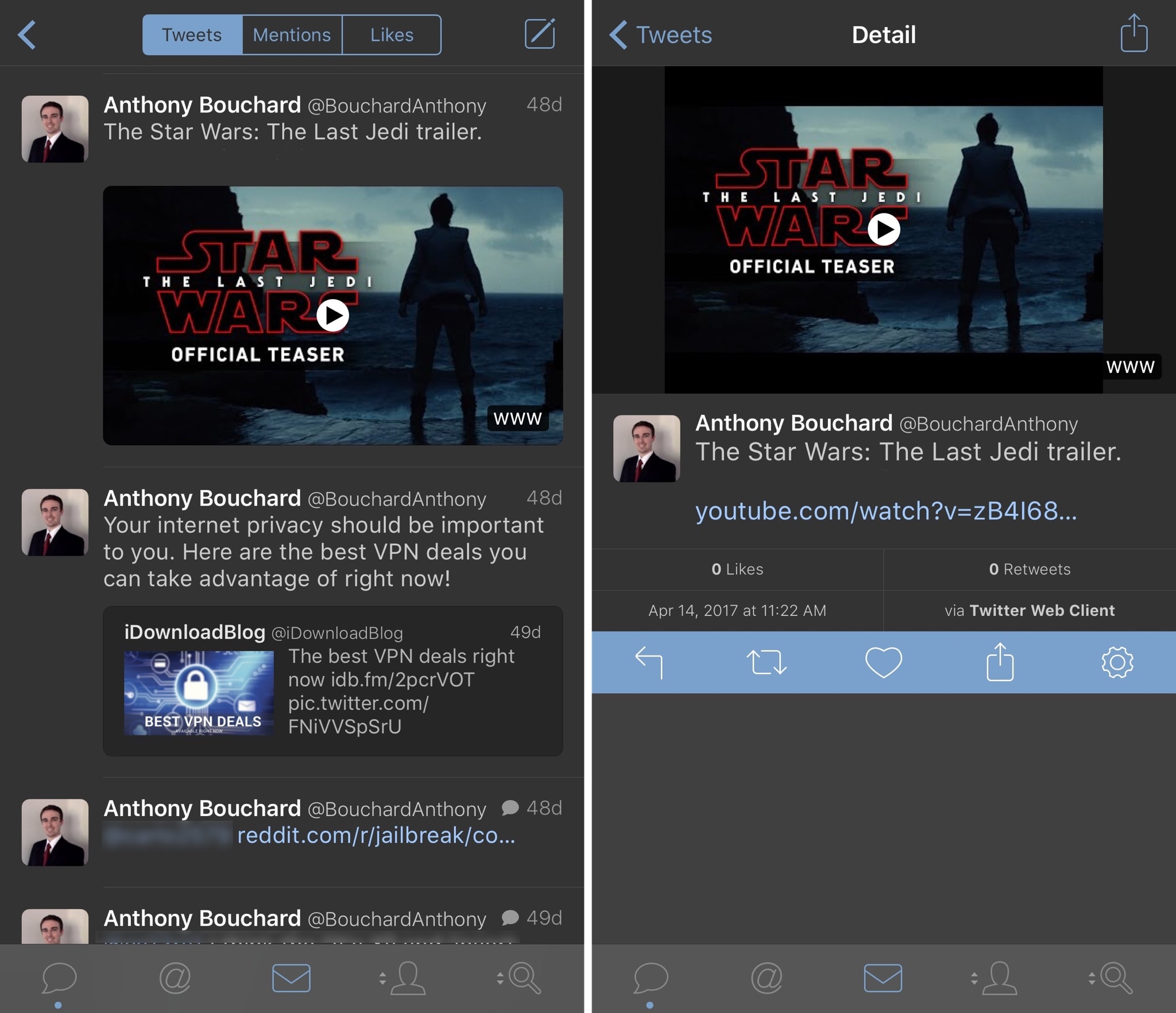 A good chunk of Twitter users use Tweetbot instead of the stock Twitter app because it has a unique appearance and a bevy of useful features. Nevertheless, some would say it could be better.

A new free jailbreak tweak called SaveBot by iOS developer iTheGentle expands upon Tweetbot’s functionality by empowering users with the ability to save videos directly from their timelines.

After installation, the user can simply tap and hold on a video from their timeline or from someone’s profile to save it directly to the Photo Library.

It’s a particularly handy feature to have available when you come across a video trailer or any other kind of media shared by someone you follow that you want to save and watch again later on.

SaveBot doesn’t have any options to configure, so after you install the tweak, you can kill the Tweetbot app from the App Switcher and re-launch it again begin take advantage of the tweak.

TweetBot is required to use SaveBot, so if you’re not already using it, you can download Tweetbot from the App Store for $9.99. If you’re using the free Twitter app instead of Tweetbot, then this tweak unfortunately won’t work for you.

SaveBot can be downloaded for free from Cydia’s BigBoss repository and works on all jailbroken iOS 9.3-10 devices.

Do you think the ability to save videos from your Tweetbot timeline will be useful? Share in the comments below!