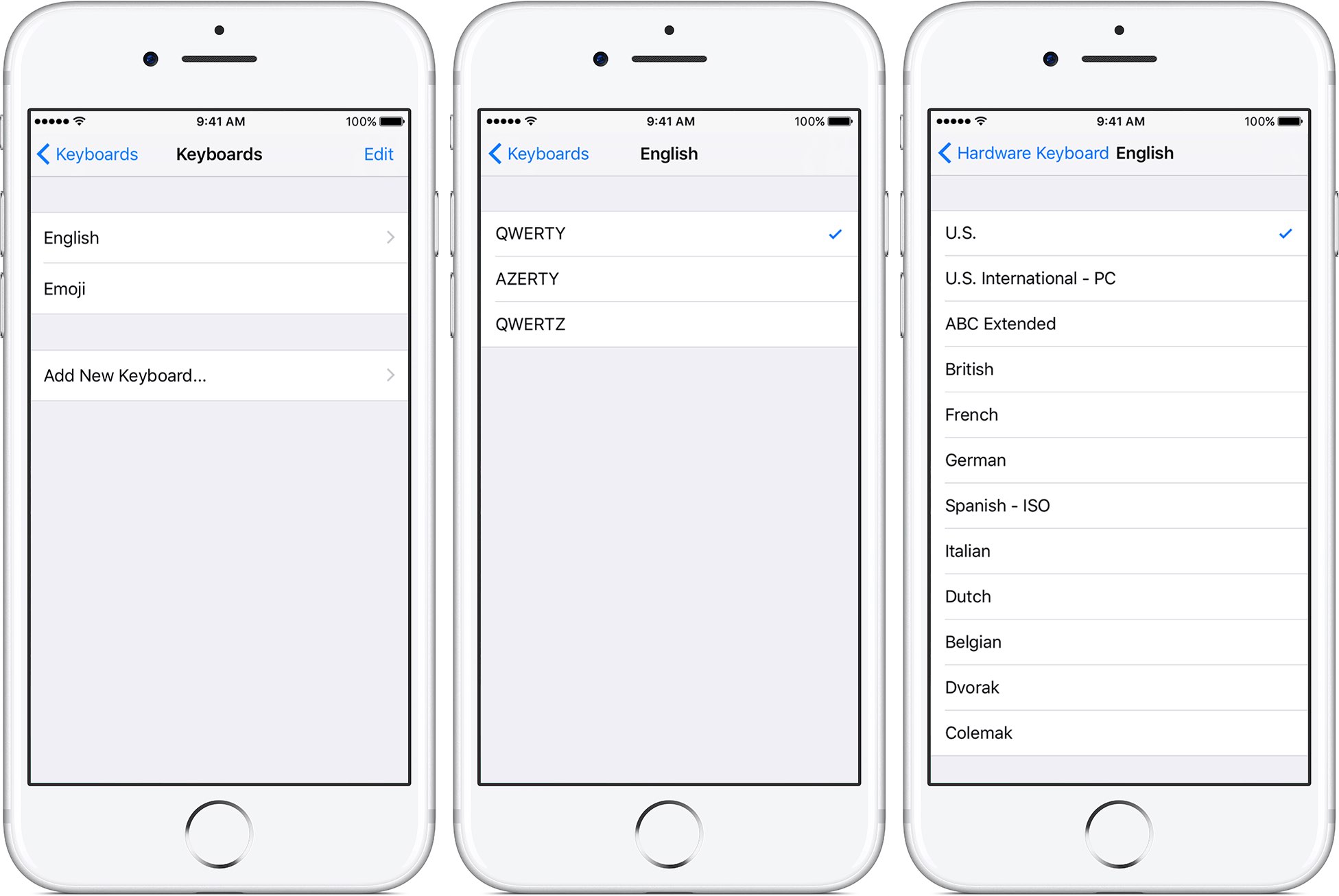 Your iPhone gives you a plethora of helpful options for setting up and managing keyboards to your liking. You can easily switch between international keyboards, change the key layout, add third-party keyboards and more.

This is practical in markets where folks use different keyboard layouts with different scripts. With international keyboards, typing text in many different languages, including Asian languages and languages written from right to left, is a piece of cake.

In this tutorial, you will learn how to change the key layout of your iPhone, iPad or iPod touch’s stock keyboard or the physical hardware keyboard so that it behaves exactly as you’d like it to.

With standard English keyboards, you can switch between the QWERTY, AZERTY and QWERTY layouts. These layout names indicate the order of the first six keys on the top-left letter row.

The most commonly used QWERTY design is based on a layout created for the Sholes and Glidden typewriter and sold to Remington in 1873. From the start, the QWERTY layout was so intuitive that it’s remained in widespread use to this date.

While QWERTY is the standard U.S. keyboard layout, AZERTY is a keyboard layout used for Latin-based languages and enabled by default in France. QWERTZ is predominantly used in Central Europe and is standard in Germany.

Changing the format of your iPhone’s keyboard not only adjusts the arrangement of the keys accordingly, but also switches the dictionary used for predictive text and Auto-Correct. In some cases, it also affects the number of letters you see on the virtual keyboard.

With certain languages, your iPhone allows you to change the key layout.

3) You will be presented with the list of the available keyboard languages, as determined by the actual keyboards you’ve added. To adjust the key layout to your liking, first choose a desired keyboard from the list, then tap the language to select a new layout.

Don’t forget you can access additional useful keys on the virtual keyboard, such as the time-saving cut, copy and paste shortcuts, by holding your iPhone in landscape orientation.

TIP: To add a software keyboard for another language, tap Settings → General → Keyboard → Keyboards → Add New Keyboard, then choose a keyboard from the list.

Not all keyboards are permitted to use a different layout.

For instance, the Emoji keyboard won’t let you customize the key layout at all. If you use a third-party software keyboard with your iOS device, use its helper app to change the key layout and adjust other settings to your personal preference.

How to change physical keyboard layout

Most wireless keyboards can be used with iOS devices via Bluetooth networking.

The physical keyboard must be paired with your iOS device before you can change its layout.

TUTORIAL: How to select text like a pro with 3D Touch

You can pair a physical hardware keyboard with your iOS device in Settings → Bluetooth.

How to add iPhone keyboard dictionaries

iOS comes with the default English (U.S) dictionary, which you can use to define words. The dictionary feature can be especially powerful if you enable one of the supported language pairs, which will let you translate any foreign words to English—no app required whatsoever.

The keyboard language determines the language of the dictionary used for predictive text.

iOS permits you to activate a custom dictionary even if you don’t use the keyboard in that language. As an example, if you use a U.S. English keyboard on an everyday basis and have added a French dictionary for occasional chatting with your Parisian relatives, you’ll be able to define French words in almost any app and translate them to English, and vice versa.

3) Tap a dictionary you’d like to install, then wait until your iPhone has finished downloading it.

Now you can define almost any French word in a few taps.

Select the word you’d like to define and choose Look Up from the copy/paste menu. The dictionary feature works with software keyboards only and is unavailable for certain languages.

At the time of this writing, the dictionary was available for select languages:

TIP: To delete all custom words that you’ve typed and return the keyboard to its default state, reset a dictionary by tapping Settings → General → Reset → Reset Keyboard Dictionary. 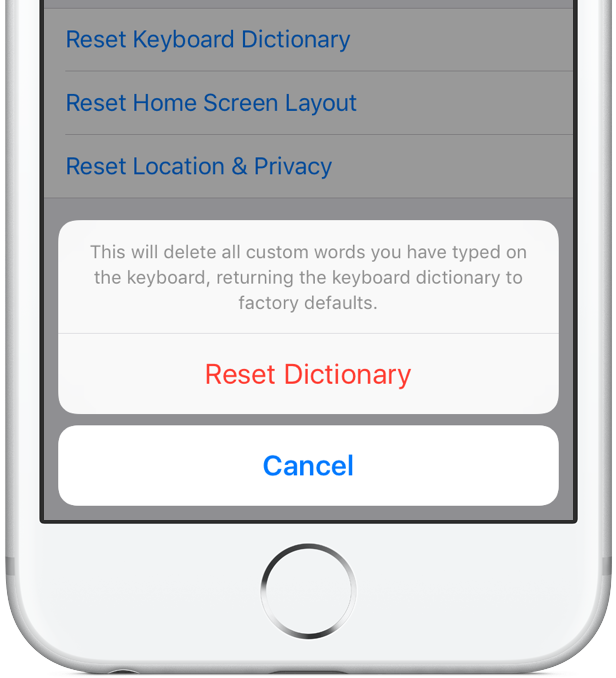 To disable pop-up character previews when typing on the keyboard, tap Settings → General → Keyboard and flip the switch Character Preview to the OFF position to disable this feature.

TUTORIAL: How to set up multilingual typing on iPhone

To alternate keyboards between lowercase and UPPERCASE letters, tap Settings → General → Accessibility → Keyboard and toggle the switch Show Lowercase Keys. The setting affects keyboards that use a Shift key to switch between uppercase and lowercase letters.

Feel free to explore other accessibility keyboard options there, including:

And that is how the cookie crumbles, girls and boys!