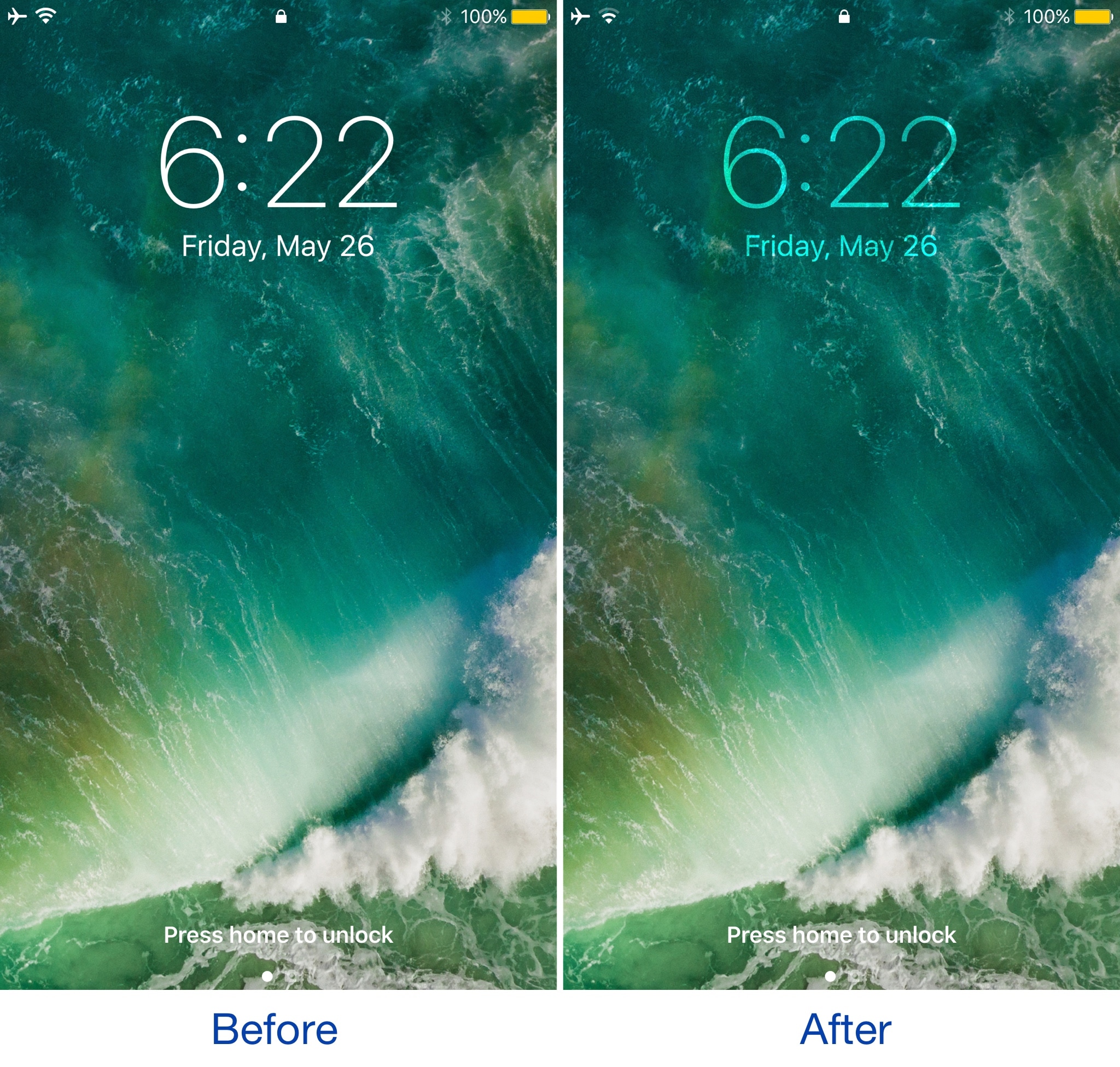 Given just how often people use their Lock screen clock to see what time it is, it’s a shame that Apple doesn’t give users visual customization options to tailor its looks around the user’s personality.

Nevertheless, those with a jailbreak can use a new free jailbreak tweak dubbed Vibrancy (iOS 10) by iOS developer NeinZedd9 to make the Lock screen clock text subtler, giving the illusion that the time is fading away into the wallpaper.

Shown above, you can see a representation of what the Lock screen clock text looks like before and after installing Vibrancy (iOS 10); it’s normally solid white, but it becomes semi-transparent white after installing the tweak.

To give you an idea of what the effect looks like against different wallpapers, we’ve included the following examples for you to check out: 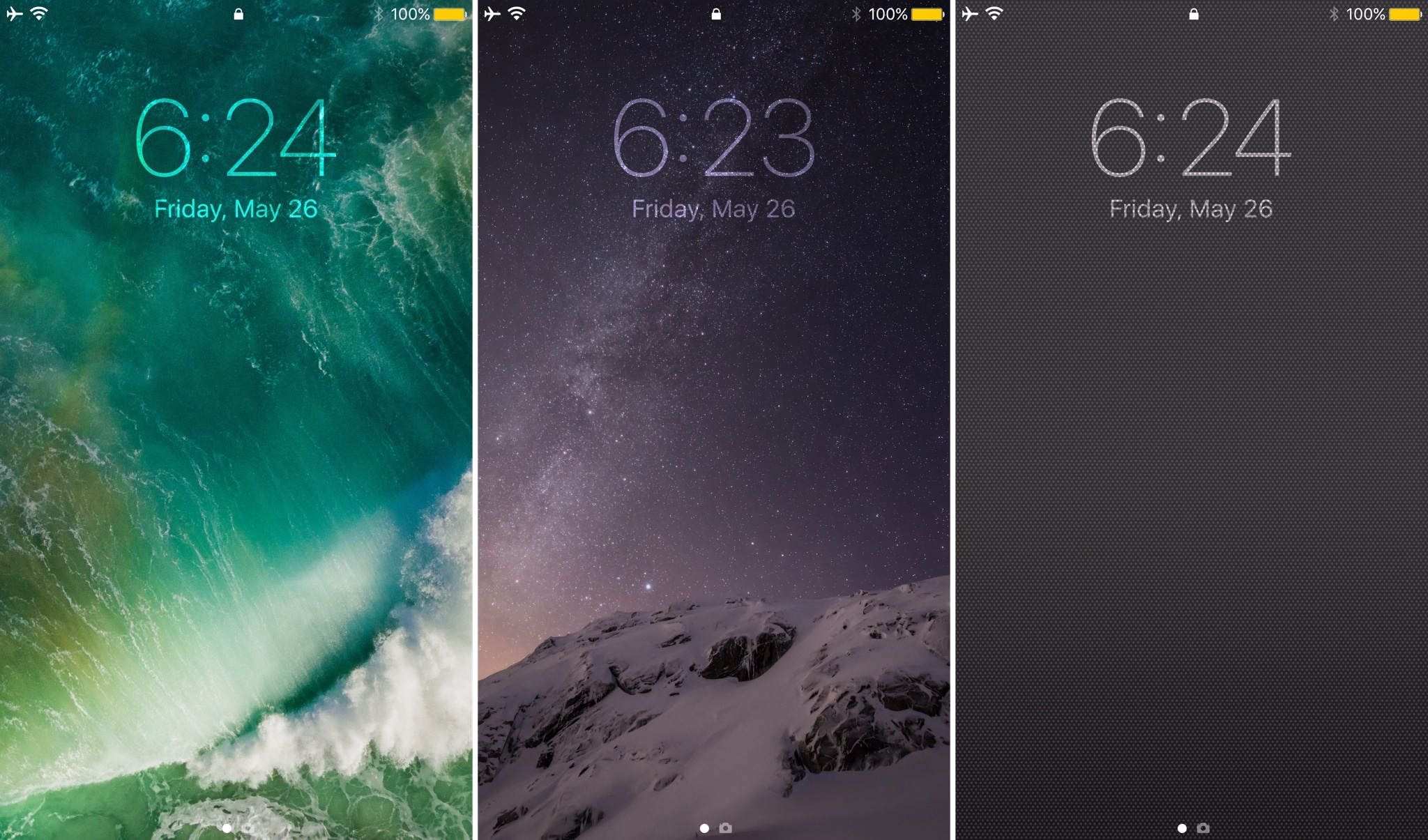 Since the clock text becomes transparent, you can actually see certain parts of the wallpaper peeking back at you through the font. That said, on backgrounds like the black dotted wallpaper in our example above, it almost looks like the font itself is dotted.

For what it’s worth, the tweak only looks good when paired with darker wallpapers, as it doesn’t compensate for lighter wallpapers by making the text darker. If you’re using a bright wallpaper, you can probably count yourself out as a Vibrancy (iOS 10) user right off the bat.

You can mix and match and play around with the tweak yourself with various wallpapers to see how it looks for you. Fortunately, the tweak doesn’t have any options to configure, so there’s no complicated setup to deal with.

If you’re interested in trying Vibrancy (iOS 10), you can download it for free from Cydia’s BigBoss repository. The tweak works on jailbroken iOS 10 devices.

Do you like the subtle transparent effect caused by Vibrancy (iOS 10)? Share in the comments section below.