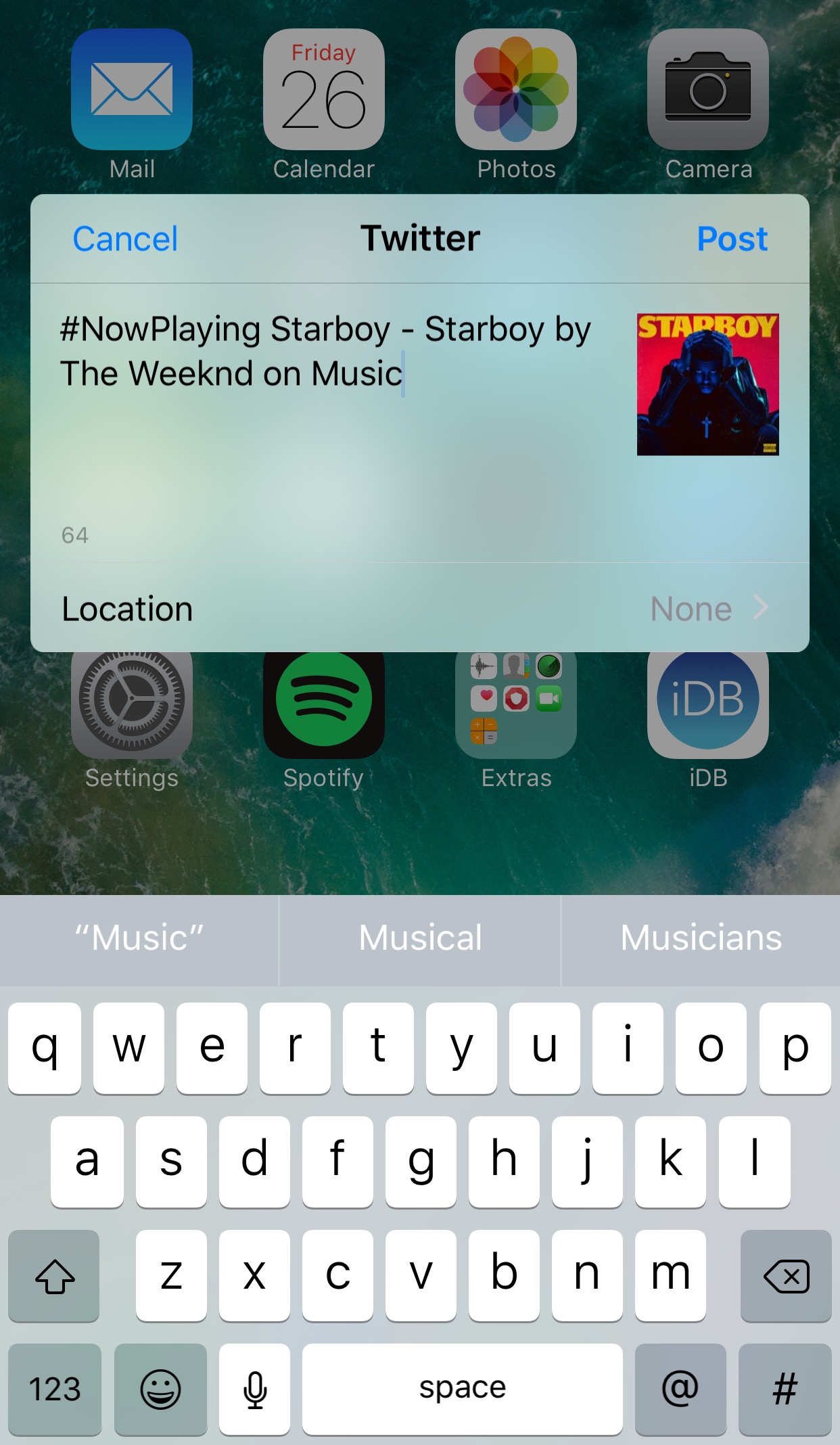 The rhythmic souls out there who listen to their songs on a daily basis generally like to talk about and share their music with other connoisseurs.

Fortunately, a new free jailbreak tweak dubbed NPTweet by iOS developer ichitaso is now available that makes it super easy to Tweet a Now Playing track from anywhere in iOS by calling upon the help of Flipswitch.

When invoked, the extension automatically scrapes together your Now Playing track’s metadata and compiles it into a string of text you can share with your followers. Among the kinds of information you can include in your Tweet string are:

Configuring the tweak is simple; you can go to the Settings app after installation and you’ll find a new preferences pane dubbed NPTweet: 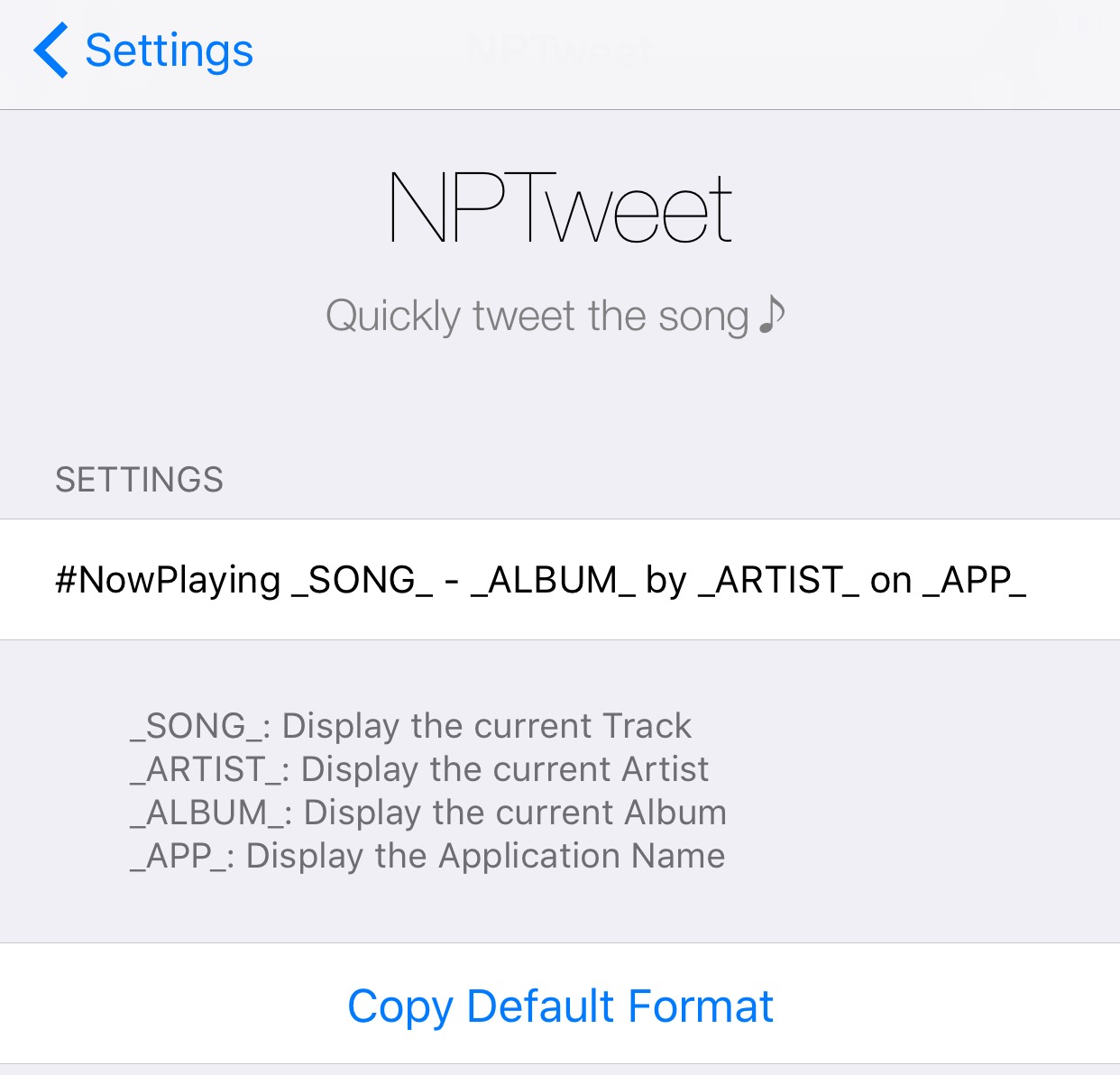 Here, you can customize the string of text so the tweak compiles the information in the format you choose. Simply use the guide in the pane to type out the shortcuts in any order along with any other filler text you wish to have.

Once done, go to your Flipswitch settings, which can be accessed via jailbreak tweaks like FlipControlCenter or Polus. To do that, go to the preference pane of the Flipswitch-based tweak you’re using and enable the NPTweet option: 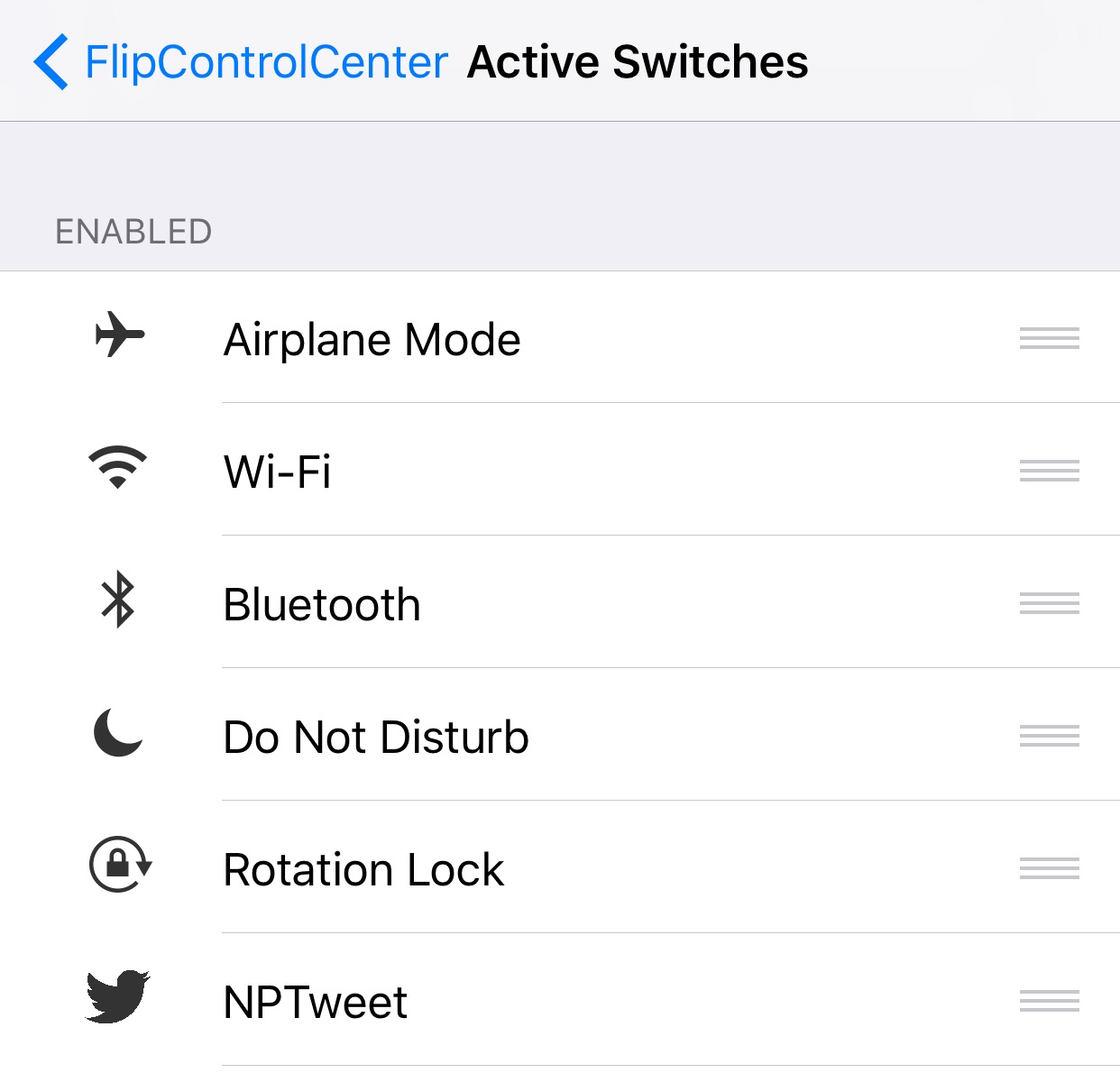 Since we’re using FlipControlCenter, we see the NPTweet button in our Control Center interface like so: 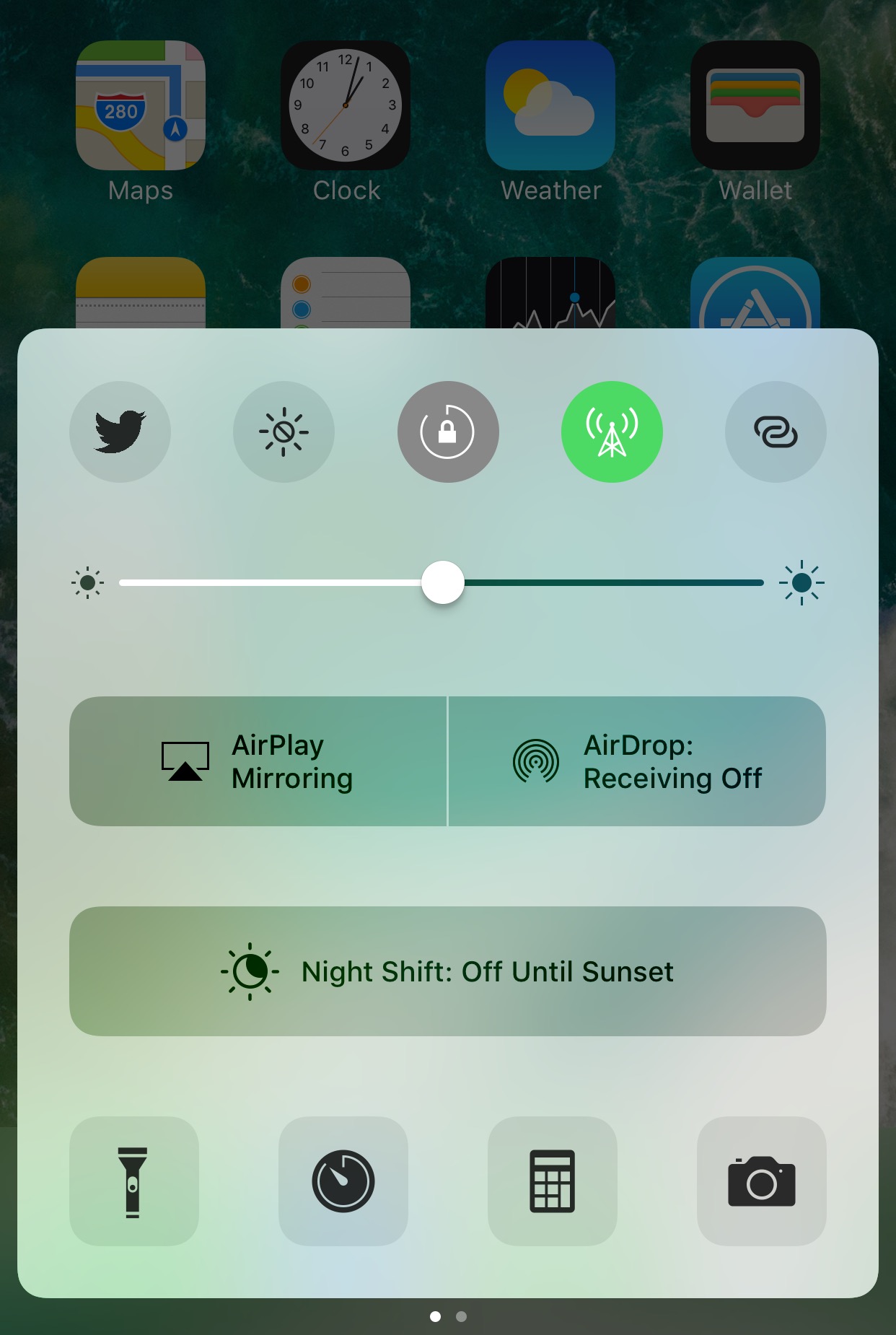 What’s nice about NPTweet is how it works with seemingly all media apps, whether you’re using the stock Music app, or a third-party app like Pandora or Spotify, just to name a few.

If you’re interested in giving NPTweet a try, you can download it for free from Cydia’s BigBoss repository. The tweak requires a jailbroken iOS 9 or iOS 10 device to be installed and used.