First surfaced on Chinese social network Weibo, the images serve as yet another indication that iPhone 8 will probably be just a bit wider and slightly taller than the 4.7-inch iPhones.

That’s because iPhone 8 should squeeze a 5.8-inch OLED screen with a 5.1-inch active display area into a chassis roughly the size of a 4.7-inch iPhone by embedding the selfie camera, the sensors and the Home button directly into the display assembly. 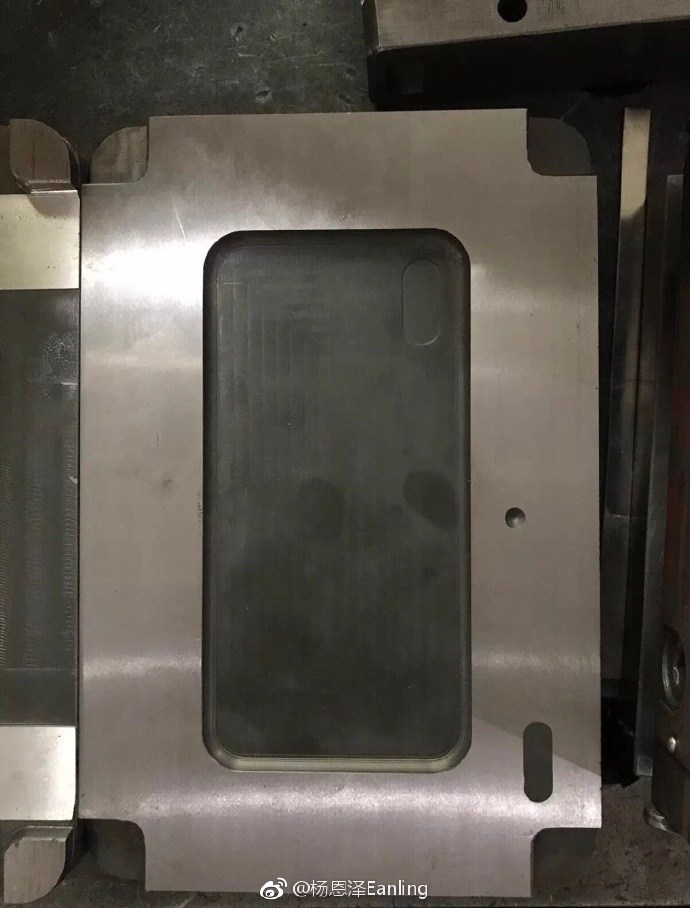 Other iPhone 8 features we can glean from the images include a vertically aligned dual-lens system with an LED flash and a noise-suppressing microphone built directly into the bulge, plus an elongated Power button on the right side that some folks think could double as a fingerprint sensor if Apple is unable to integrate Touch ID into the OLED display.

Touch ID is built into the display itself, according to Geskin. 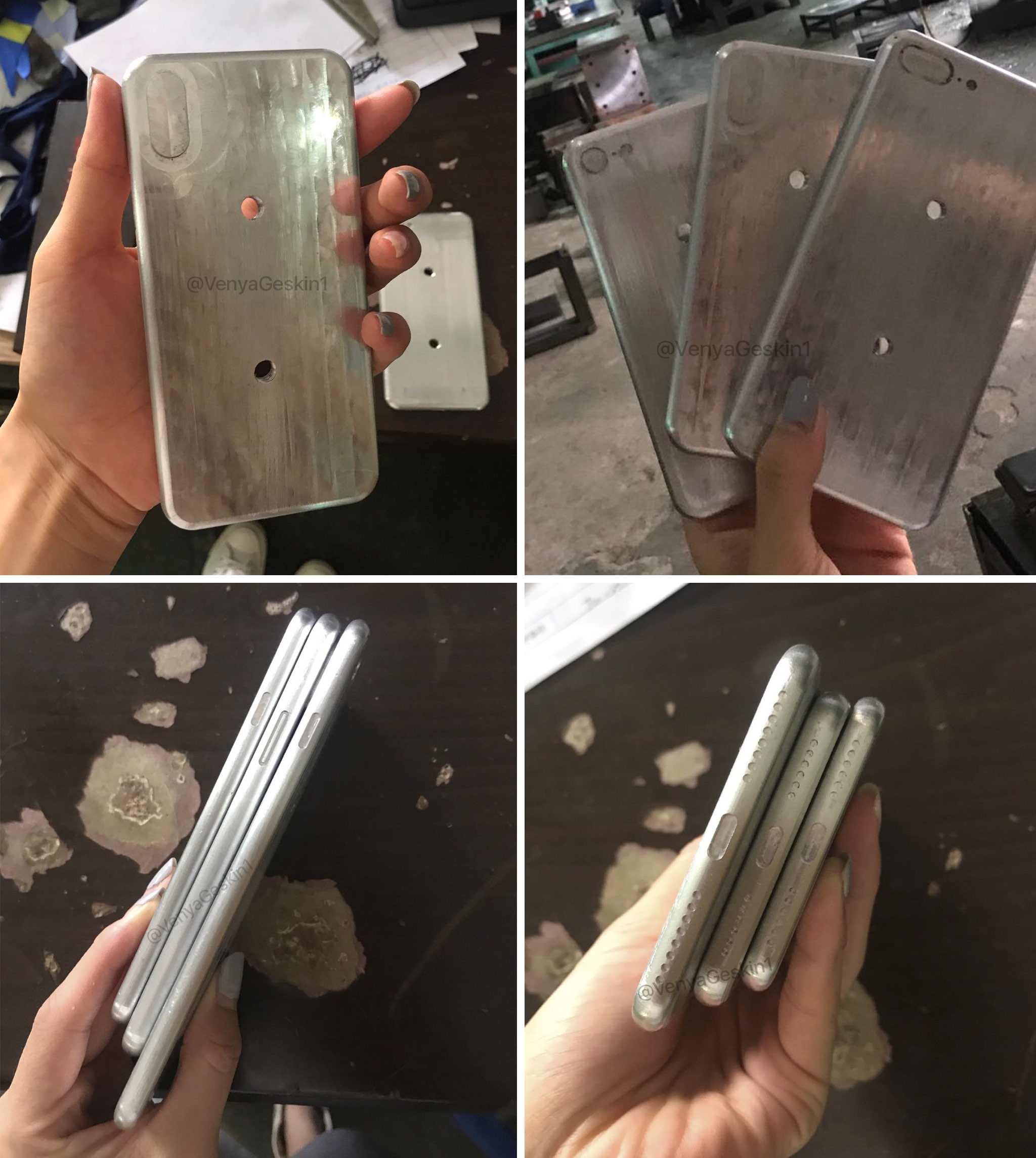 Don’t let the holes near the middle confuse you: they’re probably manufacturing artifacts.

While the iPhone 7s family is expected to feature slightly updated design and maybe even a glass backside to help with wireless charging, it won’t have a nearly full-screen front face like iPhone 8. In other words, iPhone 7s and iPhone 7s Plus should retain their fairly large “chin” at the top and the bottom because, unlike with iPhone 8, their front camera, Home button and sensors won’t be integrated underneath the LCD panel.

Please take this news nugget with some skepticism because iPhone shells are machined, not cast. For all we know, the molds pictured on these photographs could be (and probable are) made by a third-party for use in the production of iPhone cases rather than actual handsets. 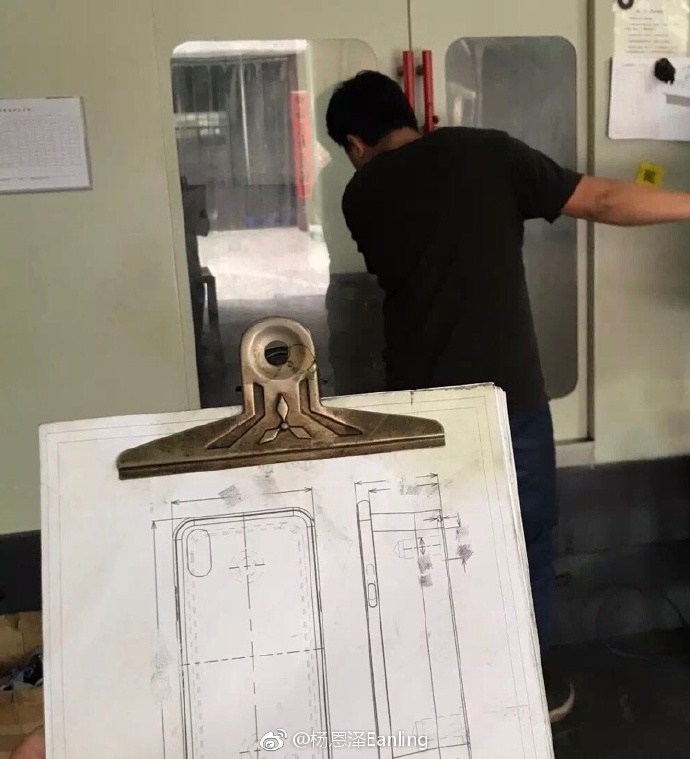 The purported cases suggest two things: 1) the 7.9-inch iPad mini lineup is indeed being discontinued, as previously rumored; and 2) 2017 iPads will relocate the microphones from the sides to the backside of the devices, like with the recently launched $329 9.7-inch iPad model.