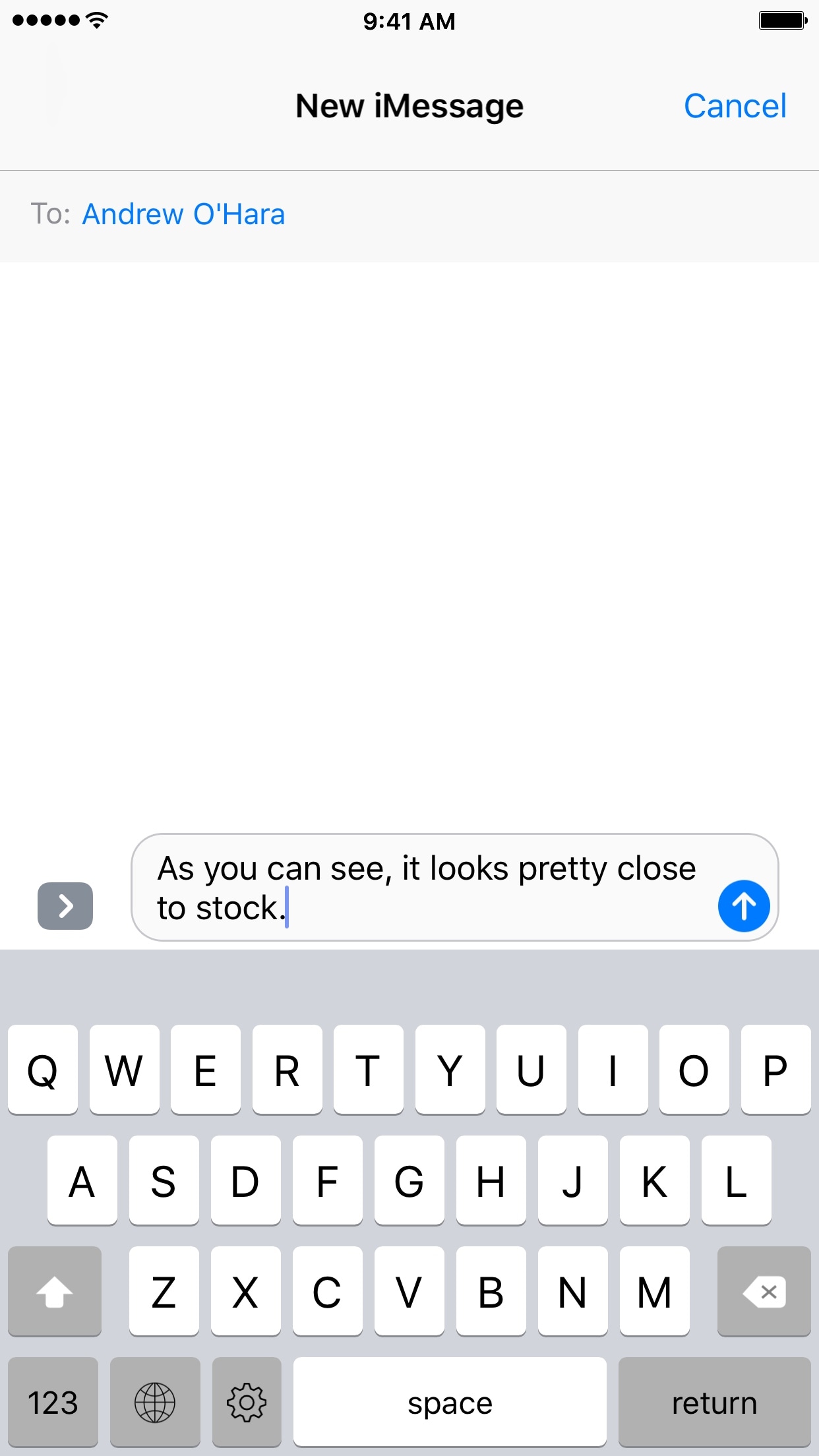 For years, the only way you would’ve had a haptic keyboard on your iPhone is if you jailbroke your device. Fortunately, it seems as through the days of yore are over.

A new third-party keyboard just launched in the App Store that appears to be capable of providing satisfying haptic feedback as you type on your iPhone.

In case you’ve been living under a rock and you aren’t familiar with what haptic feedback is, it’s basically a small vibration that can be felt in your hand as you interact with your touch screen. In this case, you’ll feel a very light buzz with every key press on your keyboard, which helps give you the illusion of typing with physical keys.

Dubbed Haptic Keyboard for iPhone 7, the interface of this haptic feedback keyboard was carefully designed to simulate a stock appearance. That said, it doesn’t feel like you’re typing on something from another operating system, which is the often case with many other third-party alternatives.

A look at the keyboard itself

Like all other third-party keyboards, this one has to be enabled from Settings → General→ Keyboard → Keyboards → Add New Keyboard… → TapticKeyboard. 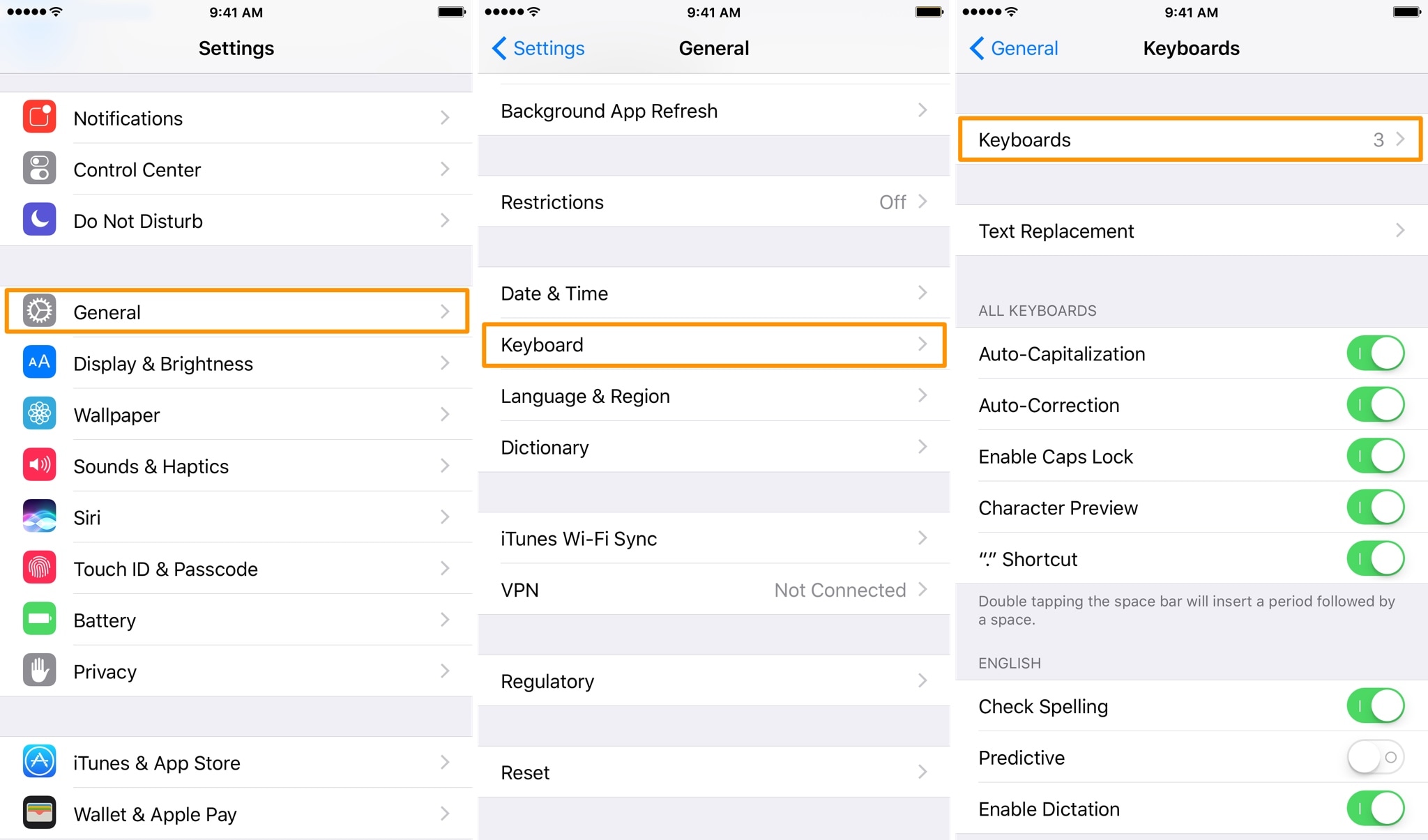 Once it’s turned on, you also have to provide the keyboard with full access so you can experience the buzz: 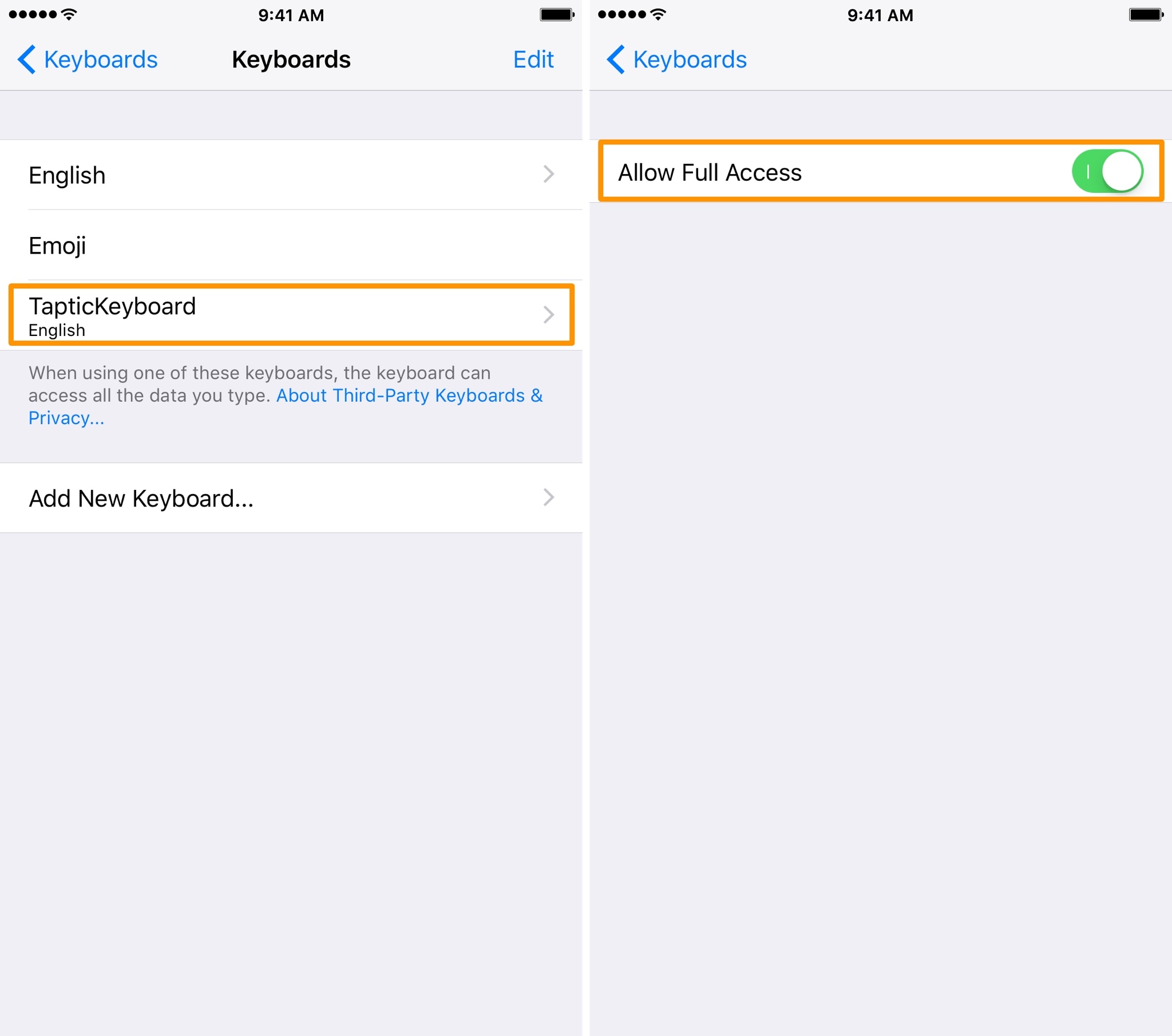 When you’re ready to switch to the keyboard, just tap on the Globe key while the keyboard is open in any app and select the TapticKeyboard option: 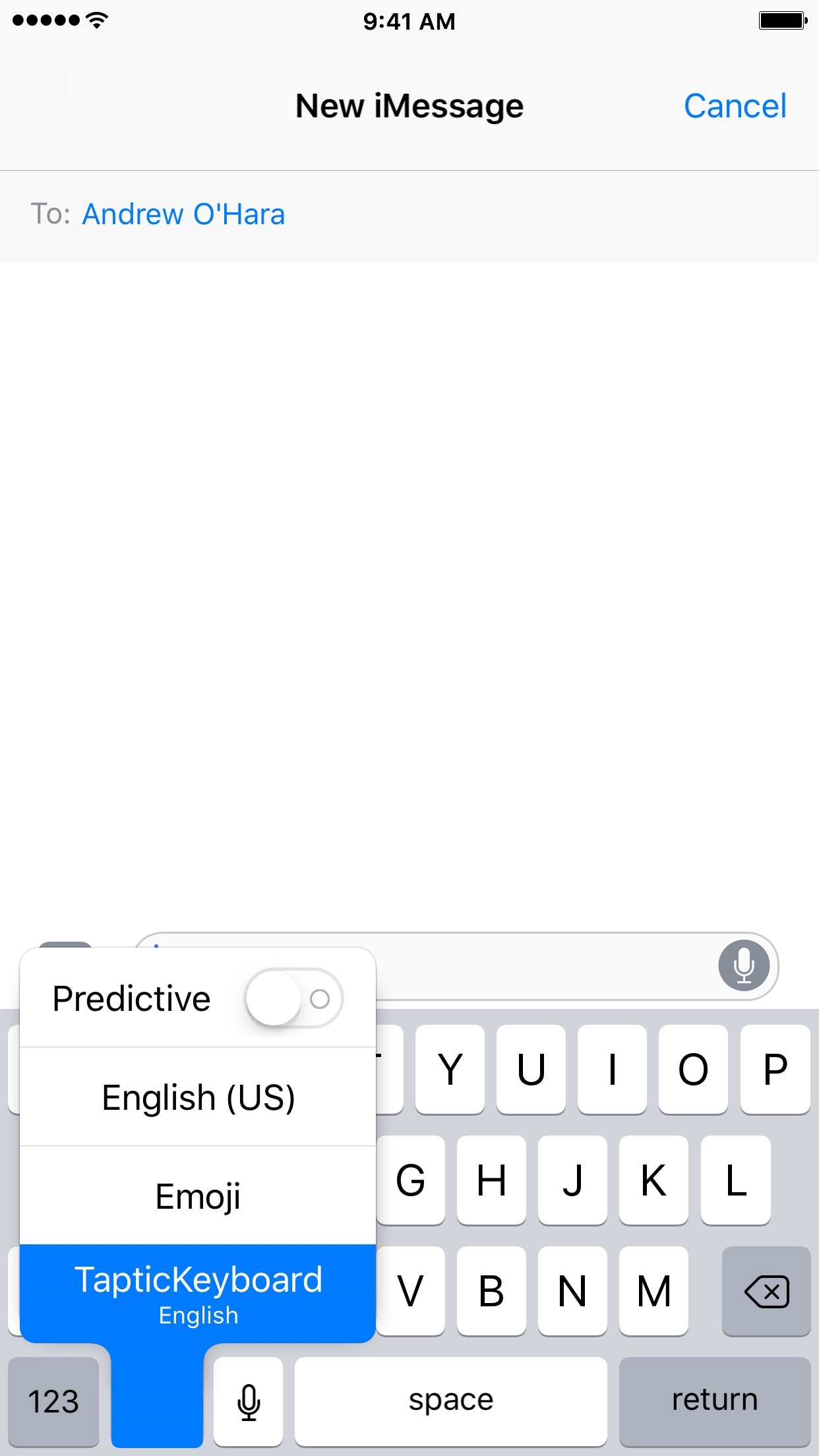 There are also a few settings available for the Haptic Keyboard, which are accessed by tapping on the Gear key just to the left of the space bar:

Among the settings it comes with are:

While trying the keyboard for the first time, I was deeply satisfied with the way it looked and felt in my hand. The haptic feedback felt just like something I would expect to feel from the many jailbreak tweaks I’ve reviewed over the years, so running into familiar territory in the App Store was a great experience.

In case you’re one of those people who gets dissatisfied with haptic feedback keyboards that vibrate exactly the same with each and every key press, you’ll be happy to know that this isn’t the case with this keyboard. Each key press has a different feeling to it, giving your vibrations a sense of diversity and setting it apart from much of the gimmicky competition.

On the other hand, one thing I noticed right off the bat is how it doesn’t come with any form of autocorrect, which means typos are probably going to be a common occurrence. Since third-party keyboards can’t use the stock autocorrect function due to Apple’s rules, the developers will need to implement their own solution in the future.

I also noticed that there was a slight lag in between typing and seeing your characters pop up on the screen. Since this problem doesn’t happen when you type on Apple’s stock keyboard, it’s enough to make someone feel uneasy. Nevertheless, the lag is very small and only a trained eye will be able to see it. It won’t impact your typing, but I would sure hope this gets addressed in a future update.

Despite the autocorrect problem I mentioned earlier, the developers have assured me that it’s coming in the very next update, as are some other goodies that are sure to impress. Other new changes coming in the next update include:

In case you’re interested about what the haptic feedback is set to right now and what you should expect from the future update, I’ve been told it’s currently set to light. With that in mind, the medium and heavy settings should be significantly stronger than the feedback you feel in the current version of the keyboard.

Haptic Keyboard for iPhone 7 (as the name implies) also requires an iPhone 7 or iPhone 7 Plus to be used. This is because it relies on the internal taptic engine.

Despite the cons, I think this is a great first start for a haptic feedback keyboard on a non-jailbroken iPhone. If you’re excited to give it a try, Haptic Keyboard for iPhone 7 is a $1.99 download from the App Store.

The developers of the keyboard were kind enough to share a few promo codes for iDB readers. As always, first come, first served.

Will you be trying this haptic feedback keyboard on your iPhone? Share in the comments section below.