The design of iPhone 8 has seemingly been finalized and BGR has now obtained the first photos of a poorly built iPhone 8 mockup which it says is “believed to feature Apple’s final design.” It was likely built using claimed schematics that were leaked from Asian factories in the past few weeks. Some of these schematics have been debunked as fake so take BGR’s report with a few pinches of salt.

The cheap-looking mockup appears to suggests that Apple has managed to integrate a Touch ID sensor into the display assembly because there isn’t any indication of a fingerprint scanner on the back of the phone.

Assuming the mockup does in fact approximates iPhone 8’s design closely, iPhone 8 should feature a full-screen face and a “glass sandwich” design where it would have 2.5D glass panels on the front and back that curve slightly at their edges, sandwiched between a polished stainless steel frame that’s rounded as well.

At the bottom, we still see Lightning I/O rather than USB-C.

A 3.5mm headphone jack is nowhere to be seen. 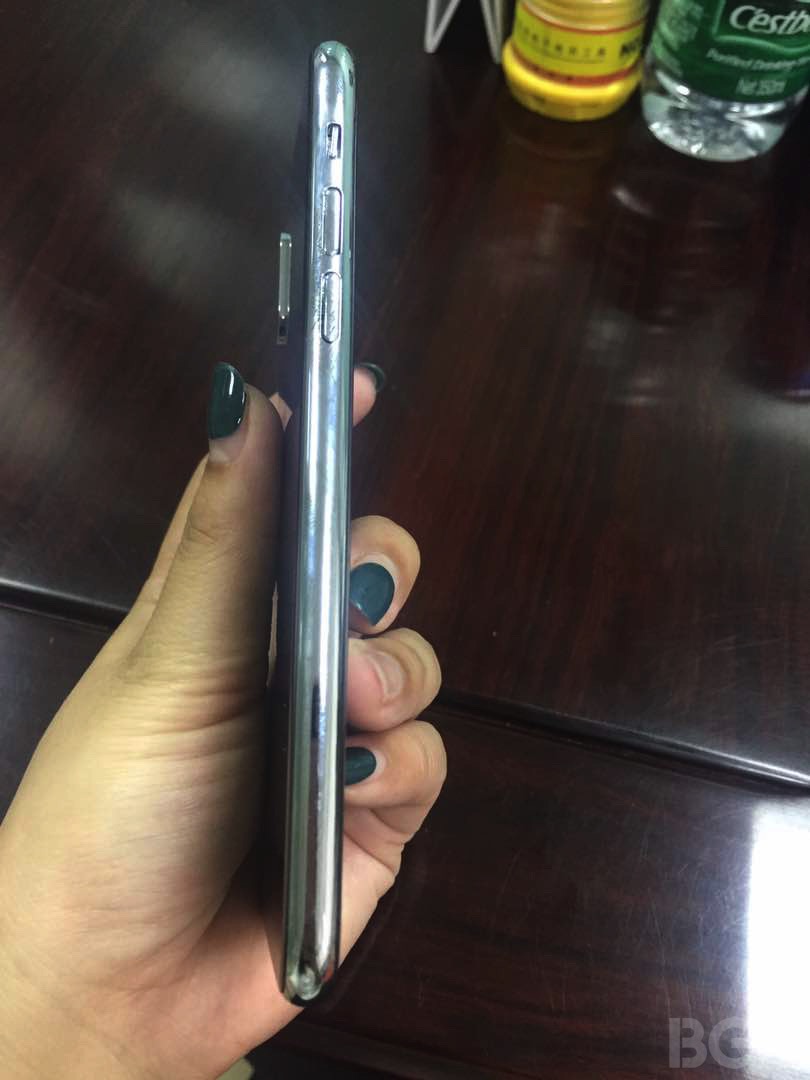 The back of the mockup shows a vertically aligned dual-camera system with an LED flash and a microphone built directly into an oversized bump. Even if this mockup has been built to closely match genuine iPhone 8 manufacturing drawings, there’s no telling if it represents the actual device that Apple is expected to ship come this fall.

The Cupertino giant is said to be testing nearly a dozen iPhone prototypes.

Aside from iPhone 8, Apple should release the iterative iPhone 7s and iPhone 7s Plus smartphones with screens based on the traditional LCD technology.

All 2017 iPhones should feature wireless charging, according to analysts.

To help with the wireless charging feature, iPhone 7s and iPhone 7s Plus are expected to switch from the aluminum rear side to the back made from glass.

What do you think, guys?

Is Apple trolling us all? Could this particular iPhone 8 mockup represent the real deal?