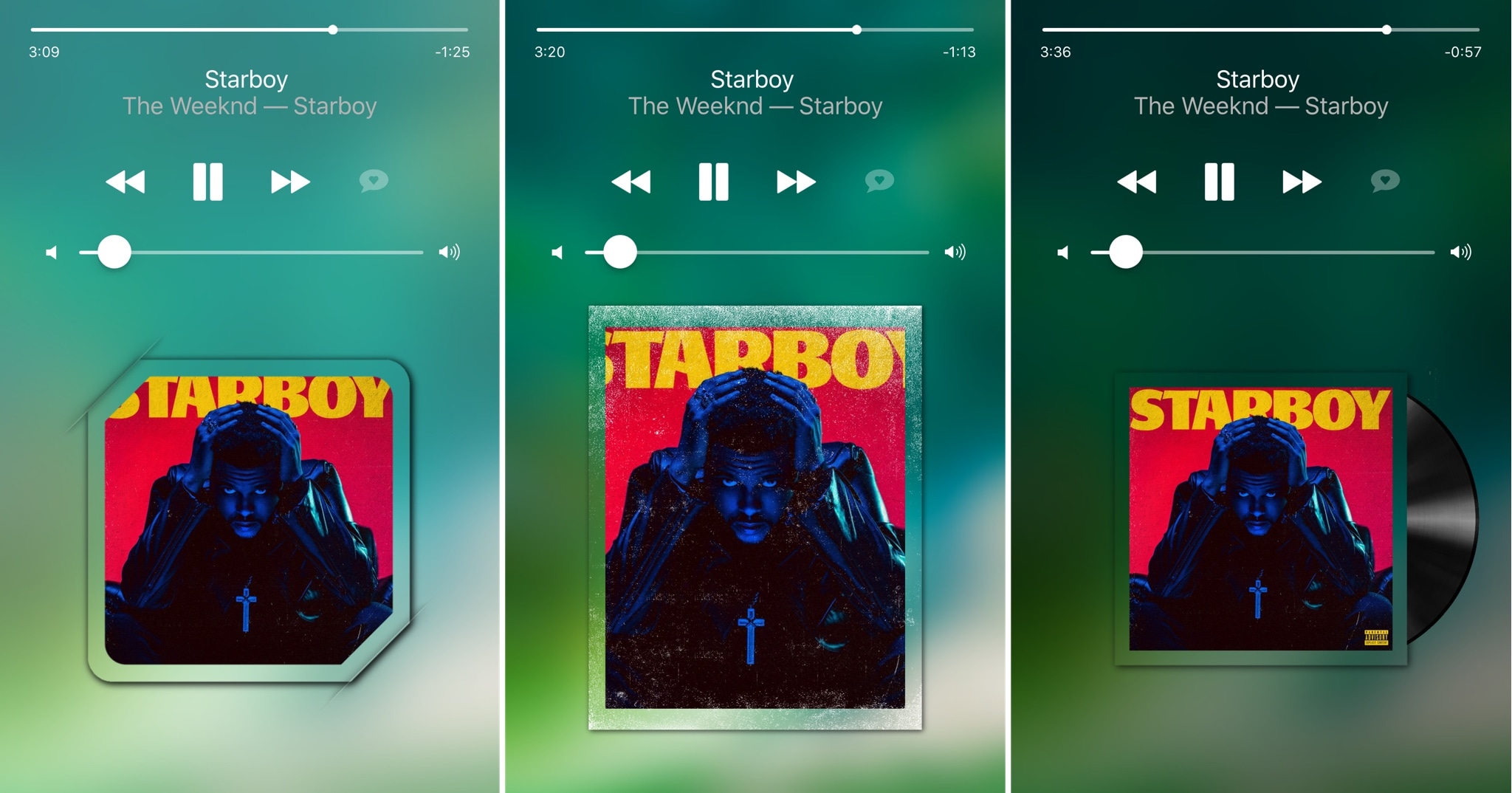 The Now Playing interface found both on the Lock screen and in Control Center when you’re listening to music is the main focus of a new jailbreak tweak dubbed Masq by iOS developer candoizo.

The tweak lets you spice up the look of each interface independently with themes and a trough of aesthetic options. Tailored for the creative mind, Masq is a great addition to themed devices and stock-looking devices alike.

Above you can see just a few of the different looks that Masq can make possible on the Lock screen. Not only can it make your album art look cooler by making it look vintage or changing its size and shape, but it can also apply different blur effects to the entire Lock screen background.

The same can be done for Control Center (different album art and blur effects), but you’ll notice they’re configured independently of one another. This means you can have one theme of the Lock screen and a completely different one in Control Center. 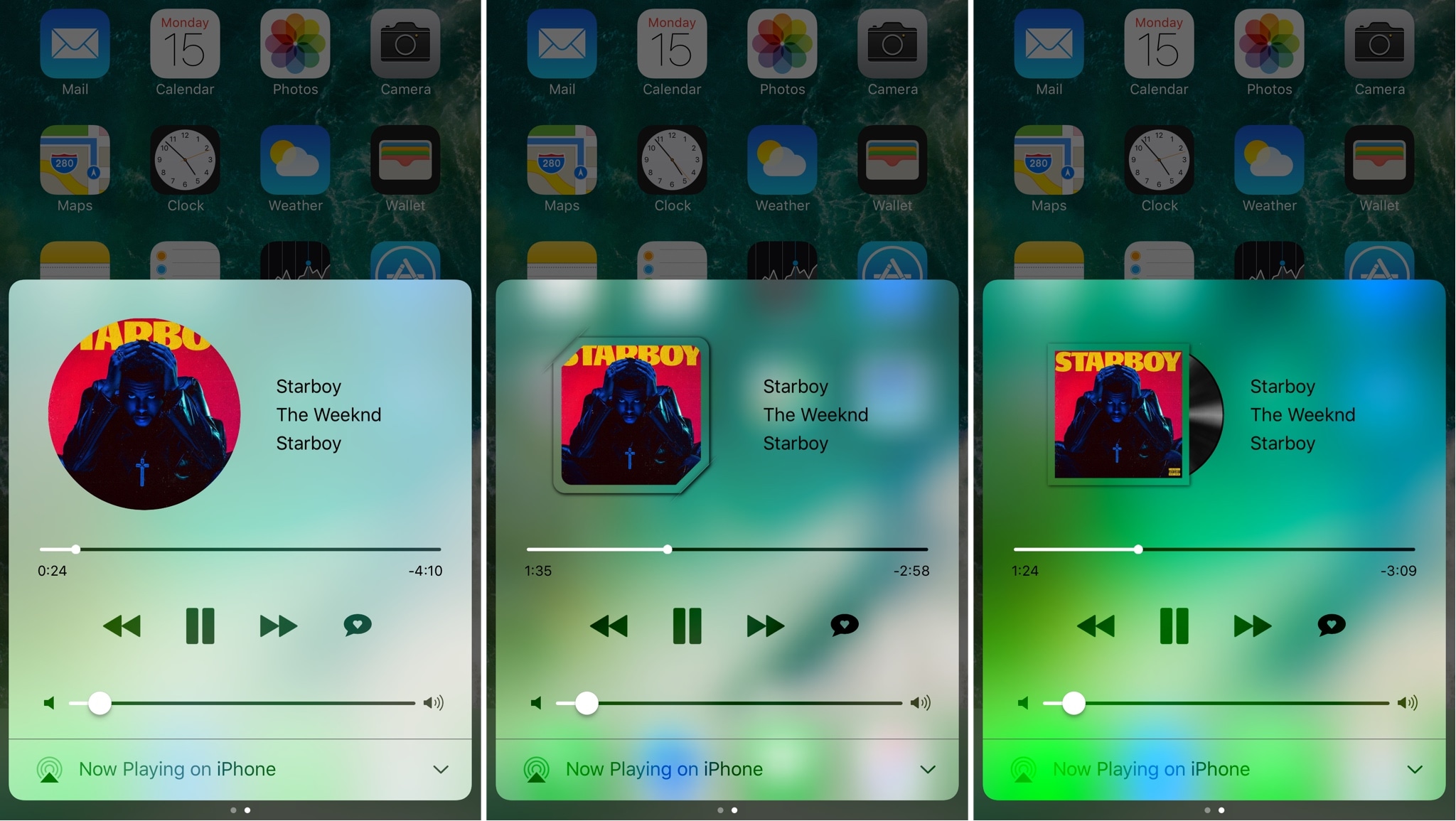 Masq puts a preferences pane in the Settings app where the options for both of your Now Playing interfaces are separated into two different panes; you’ll also find a toggle switch for turning the tweak on or off on demand: 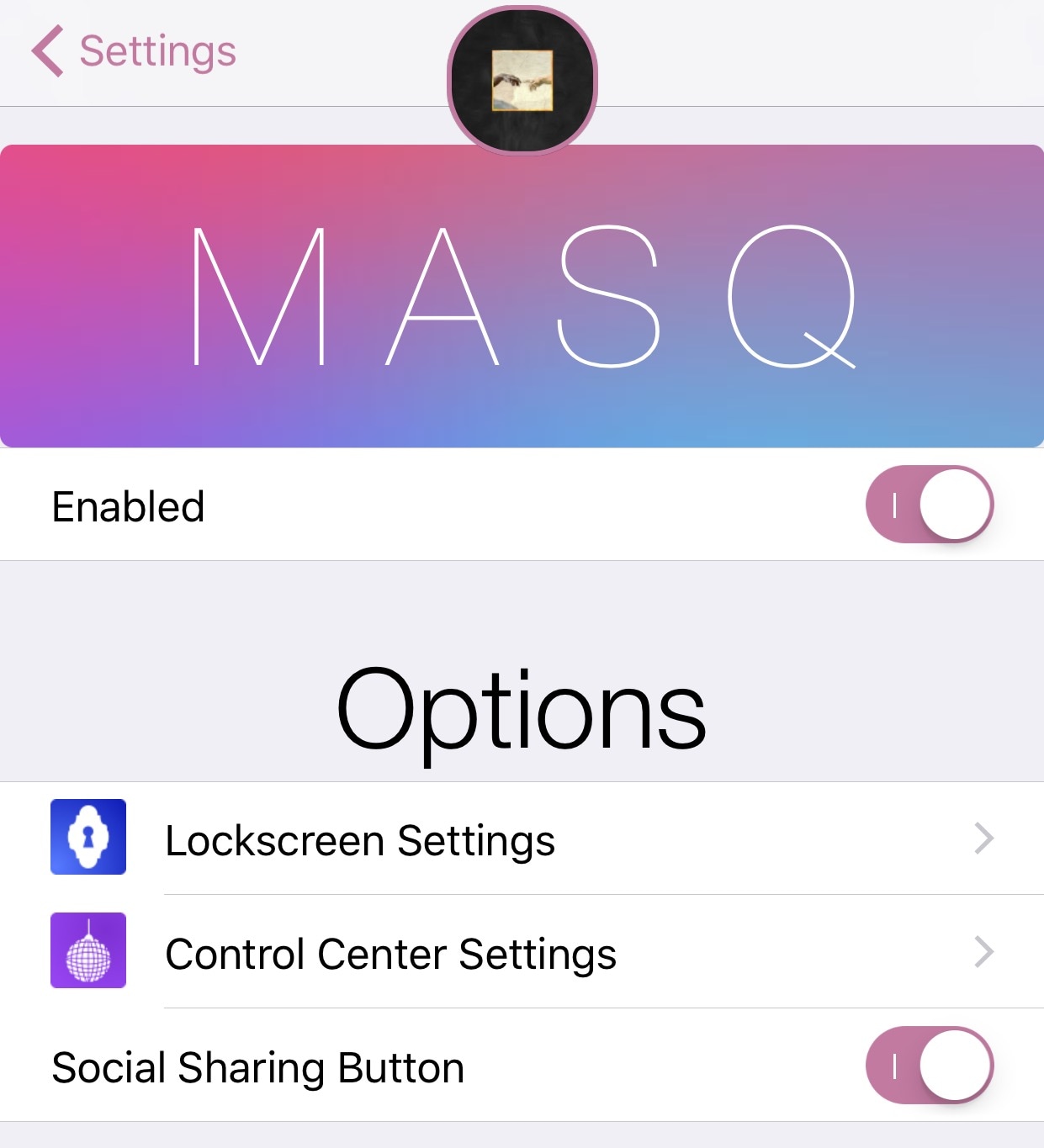 Going into the Lock screen settings, you get the following options: 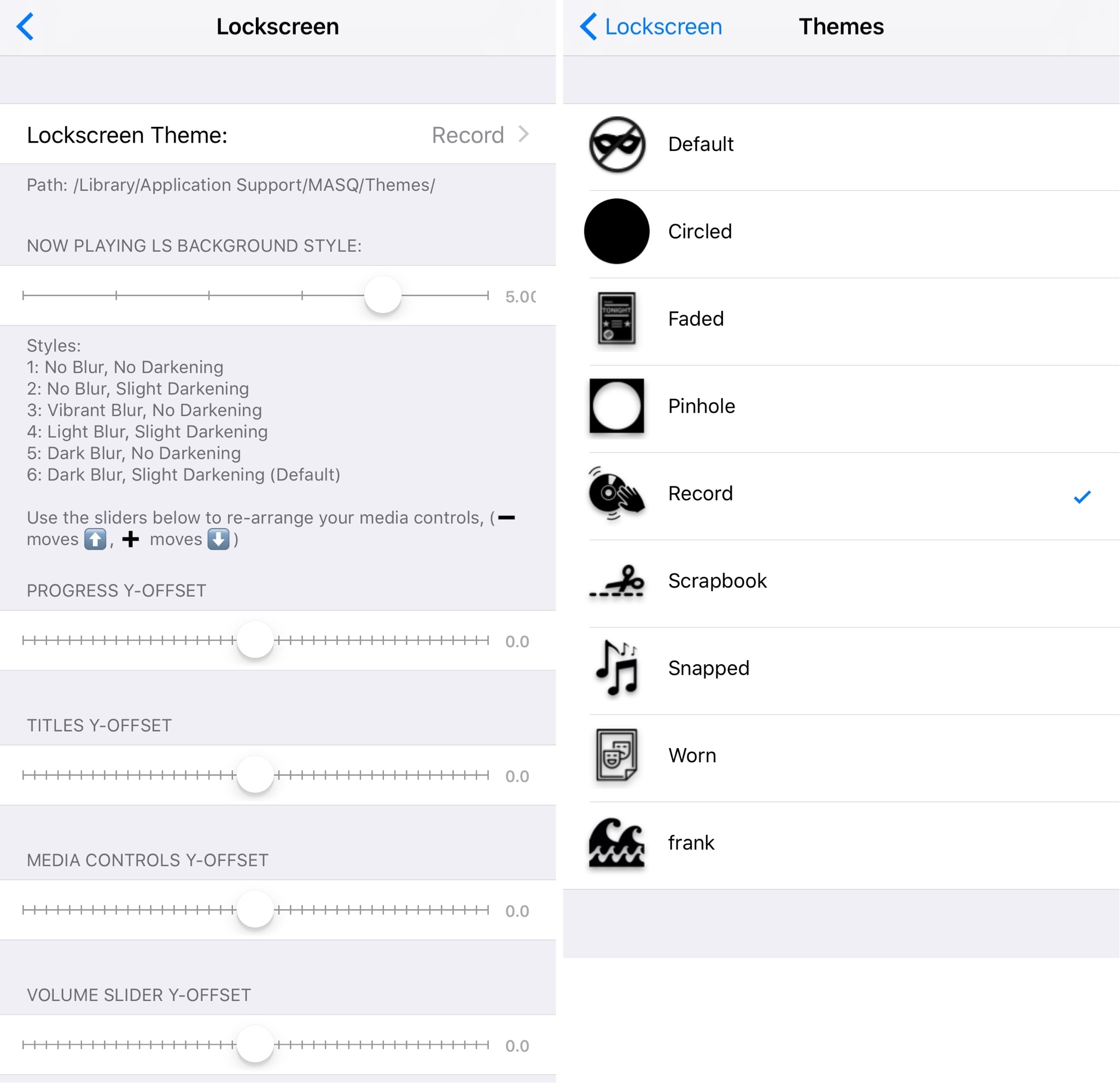 Going into the Control Center settings, you get these options instead: 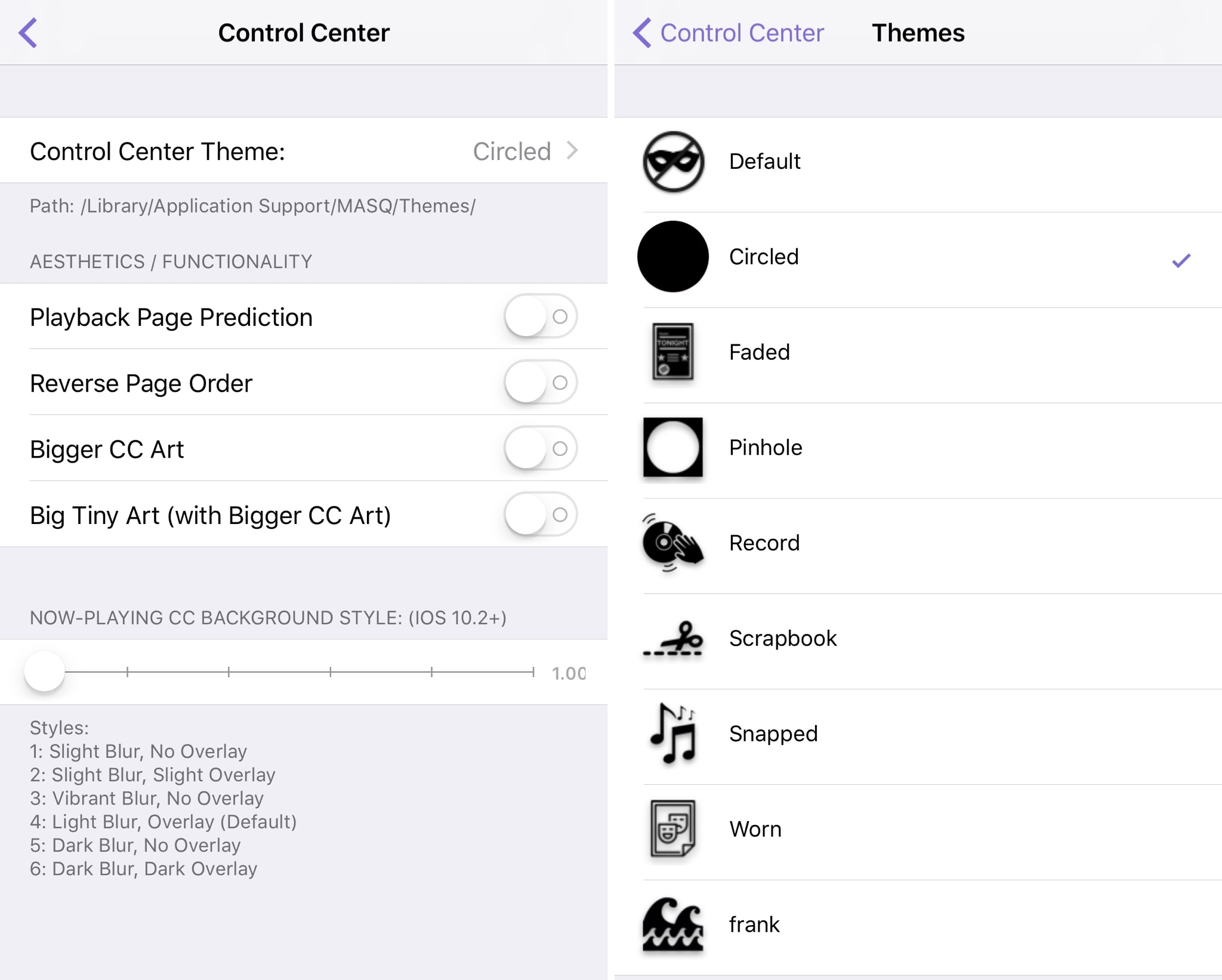 That wraps things up for settings, and as you can see, the developer wasn’t shy in providing different options for beefing up your iPhone or iPad’s aesthetics.

Personally, I don’t see a need to mess with the Y-axis offsets for some of the available settings because the stock positioning looks fine to me. The parts of the tweak that stand out most to me are the masks you can put over the album art and the blur effects you can apply to your background.

Because Masq is an aesthetic-based jailbreak tweak, it won’t be for everyone. It’s not really intended for minimalists who like the stock look, whereas someone who likes modifying things might see this tweak as a great complementary feature.

If you’re interested in trying Masq, you can grab it from Cydia’s BigBoss repository for $1.75. The tweak works on jailbroken iOS 10 devices and appears to work fine with media playing from any music app, whether it’s the stock one or a third-party option like Spotify or Pandora.

Do you like the effects you can apply to your Now Playing interface with Masq? Share in the comments section below.