Apple has hired several expets from the National Aeronautics and Space Administration (NASA), including three engineers who worked at the space organization’s Jet Propulsion Laboratory. They, along with other engineers, have been tasked with working on Apple’s rumored augmented reality projects and self-driving software initiatives.

According to the latest articles from Bloomberg, Dow Jones Newswire and Business Insider, a rare bureaucratic mistake has revealed Apple’s secret team of NASA veterans and experts holding PhDs in robotics and other related fields. They were apparently recruited for Project Titan, Apple’s self-driving car project, and augmented reality, another not-so-secret Apple initiative.

On April 14, Apple received a permit from the California Department of Motor Vehicles to test its self-driving software using three 2015 Lexus RX450h vehicles operated by a total of six drivers. The Wall Street Journal notes that Apple’s program is probably in its early stages because the company is enlisting senior-level engineers.

At other technology companies, senior employees are typically involved in day-to-day testing until autonomous driving software is considered stable enough that others can take over.

An industry insider told Business Insider that these PhDs report to professor Ruslan Salakhutdinov, Apple’s first-ever Director of Artificial Intelligence, who joined the company in October 2016. The publication learned that he’s now hiring a team of about 20 researchers “with a mandate to work almost entirely on self-driving car technology.”

That filing, obtained through a public-records request, accidentally identified multiple drivers who will be in the front seat of three Lexus sport-utility vehicles outfitted with Apple’s rumored technology to make them autonomous.

Shilpa Gulati, one of the drivers listed on Apple’s permit, was part of a NASA-funded project to develop an autonomous vehicle to explore one of Jupiter’s moons. Before joining NASA, he developed algorithms for a car that could drive on highways for German auto parts supplier Robert Bosch GmbH.

Bosch’s marketing video, embedded below, features Gulati riding in a BMW vehicle retrofitted with sensors and computers to make it drive more or less autonomously.

Bloomberg has learned from its own sources that Apple also hired Jeff Norris.

Norris founded the Mission Operations Innovation Office of NASA’s Jet Propulsion Lab. According to his website, he led NASA’s advanced efforts to create new ways to control spacecraft and robots in space with virtual and augmented reality.

He is now a senior manager on Apple’s augmented reality team run by former Dolby Labs executive Mike Rockwell. That team is believed to be working on a pair of augmented reality glasses and related features for future iPhones.

From the Bloomberg article:

Norris’s NASA projects included issuing headsets to scientists on the ground so they could experience live views on Mars and providing Microsoft oloLens headsets to astronauts living in the International Space Station. Norris joined NASA in 1999 and helped create software for controlling Mars exploration rovers from the ground.

Here’s a video of Norris’s Project Sidekick on the Space Station.

These engineers’ collective experience in robotics, augmented reality and camera vision from their NASA work would be valuable to Apple’s self-driving software initiative. It has been reported that Apple has about a thousand employees working on Project Titan. 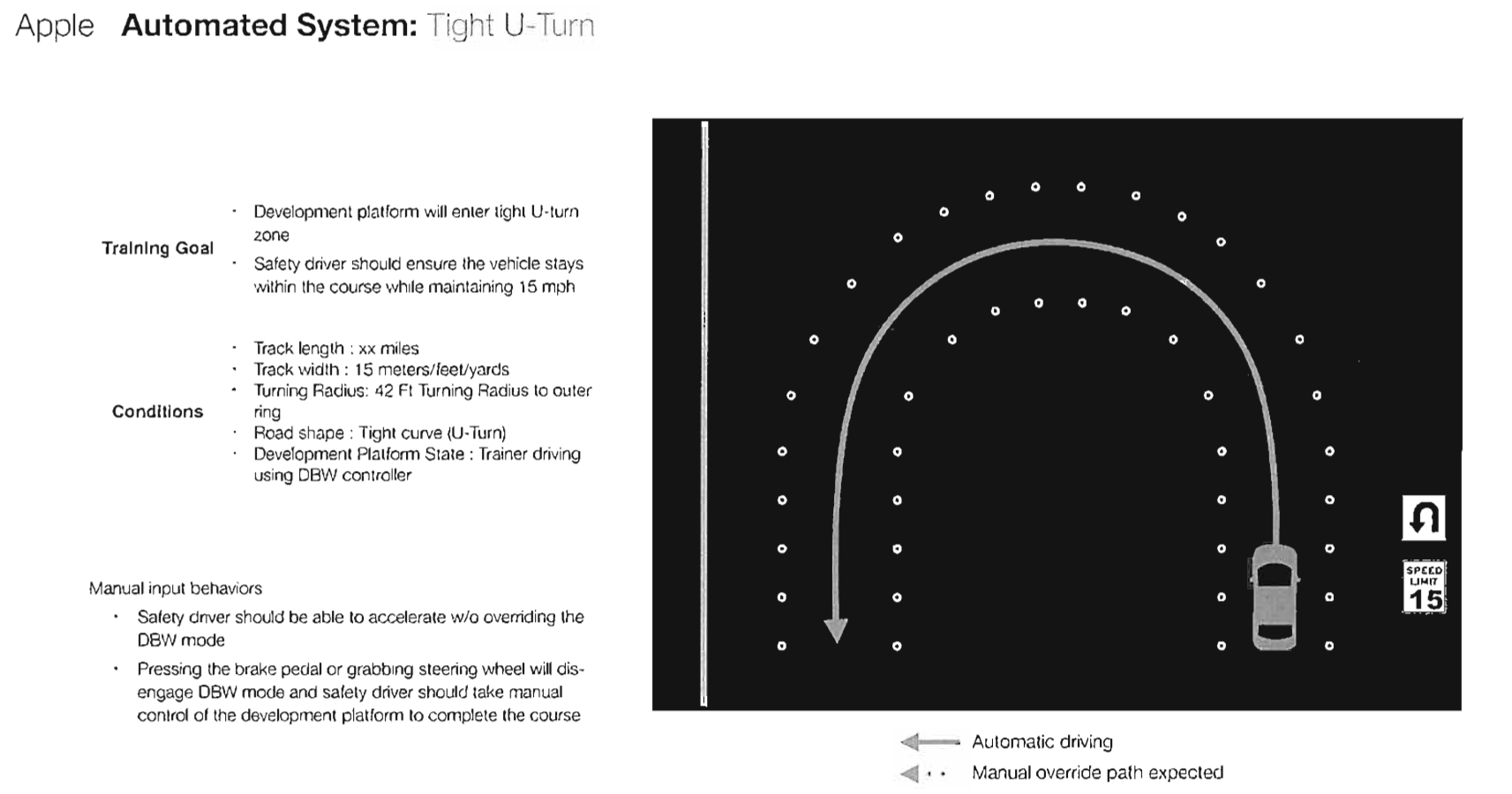 According to Dow Jones Newswire, Apple’s permit includes a ten-page training plan for test drivers detailing specific moments when they might need to take control of a vehicle on the road. “Each driver is given two practice runs and three trials to pass tests such as responding to a vehicle’s rapid acceleration by tapping the brakes,” said Dow Jones. 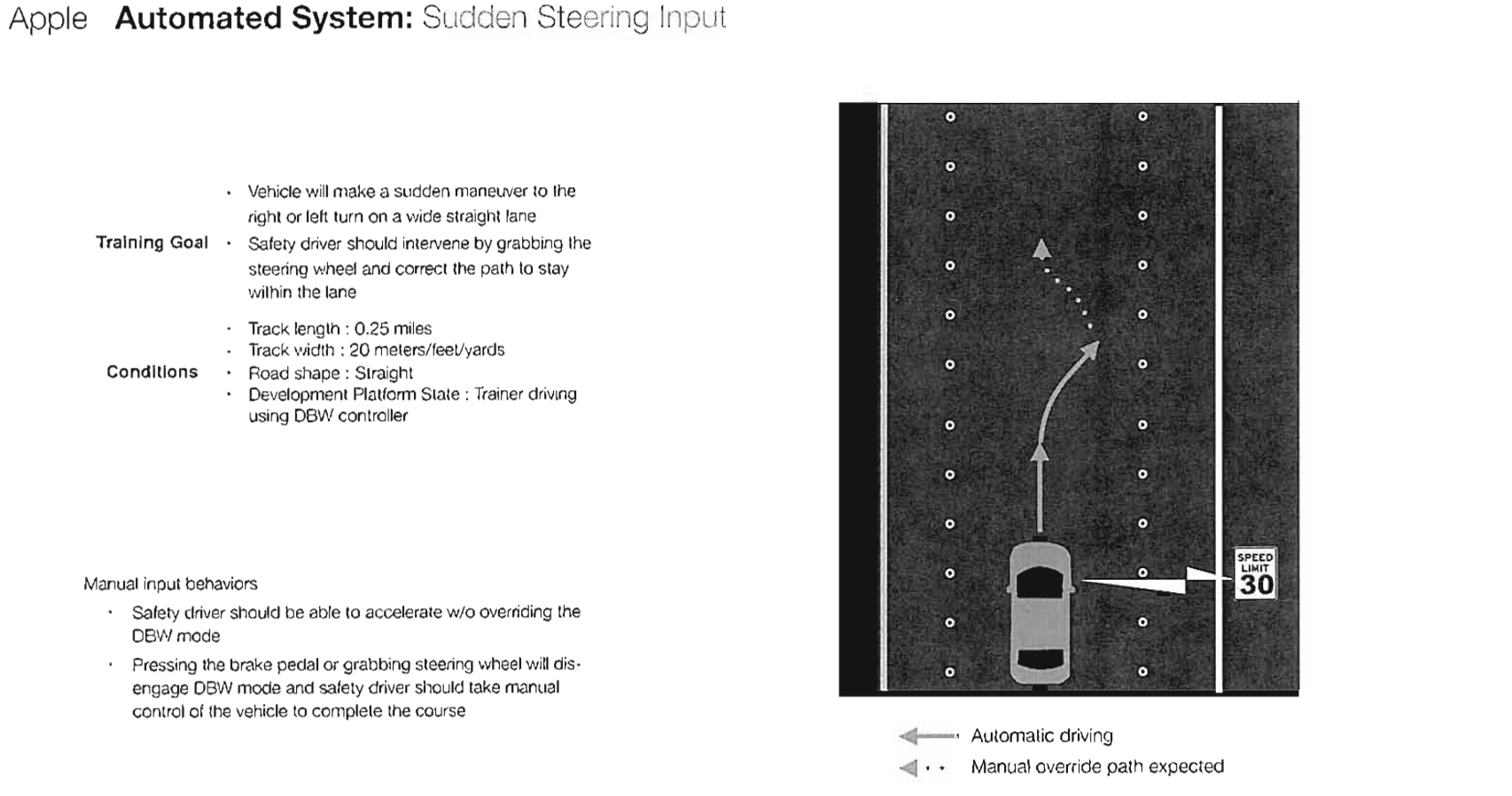 Deloitte estimated that the auto industry pulls in about $2 trillion in annual revenue.