Facebook today kicked off its annual F8 conference for developers with a bunch of announcements, including game bots and turn-by-turn games on Messenger, plus a food-ordering feature via the company’s M personal assistant. According to Facebook, Messenger users have played over 1.5 billion games in just the last 90 days.

A new Games tab on Messenger’s home screen began rolling out today to some people in the United States. The video below shows off fast-paced gameplay in the Messenger game Blackstorm Labs’ EverWing. And with support for turn-by-turn games, you can now play titles like Zynga’s Words with Friends in your chat.

According to Facebook, developers will be able to leverage game bots to create engaging ways for players to connect to their games through actions they take directly within a Messenger chat, even when they are not playing. As an example, EverWing will make in-thread updates available in Messenger so you can decide whether to jump in a boss-raid that’s already in progress. 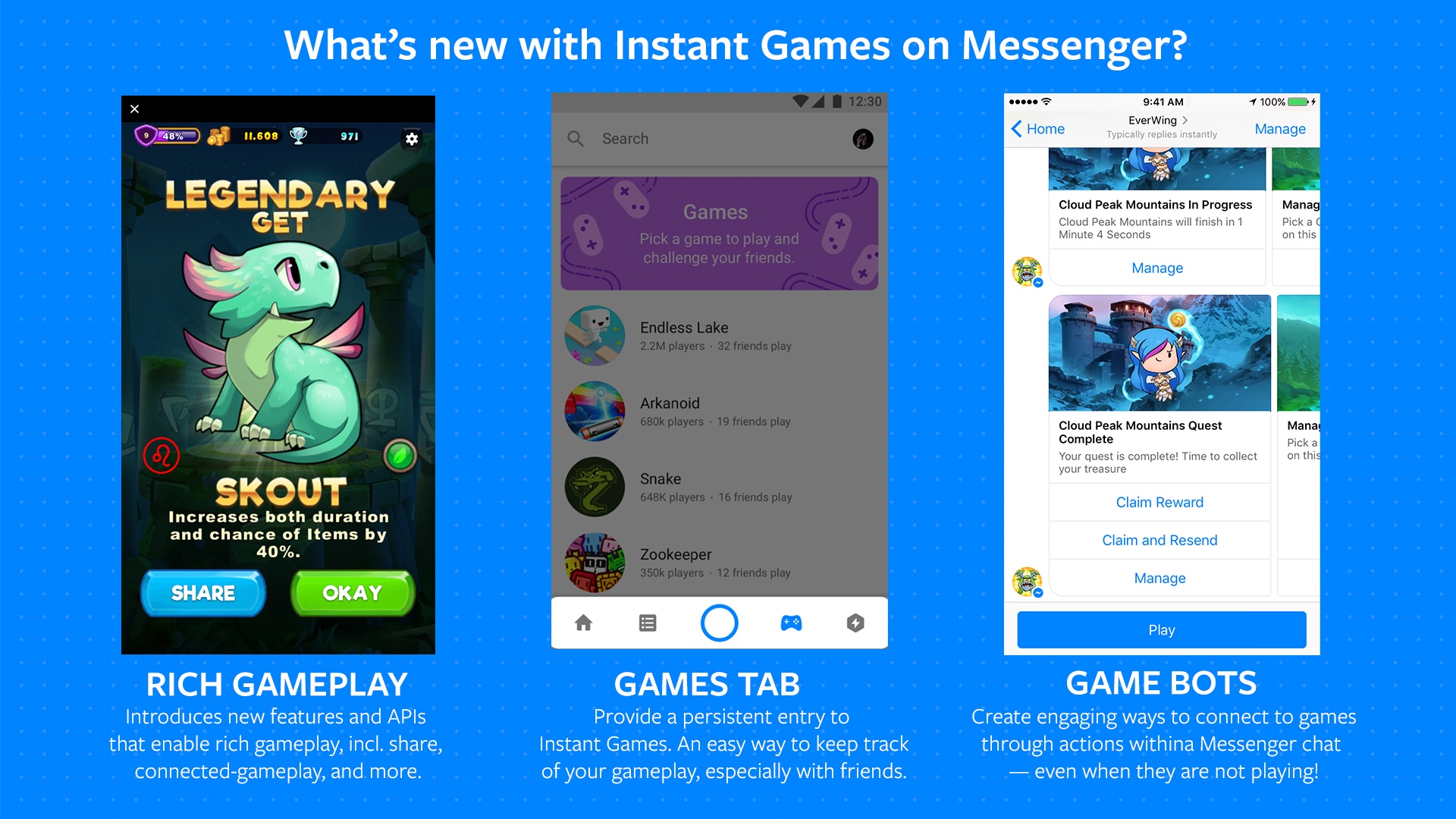 FAcebook promised to soon roll out a new Games tab on Messenger to make it easier for players to discover great new titles. Both Blackstorm Labs’ EverWing and Zynga’s Words with Friends will be launching on Instant Games, Facebook’s platform for lightweight HTML5 games, in the coming weeks.

The company’s Gameroom platform, which supports PC games optimized for native performance and web games built via HTML5, WebGL or Flash technology, now has its own SDK to help developers port titles built in a variety of engines, including Unreal Engine. 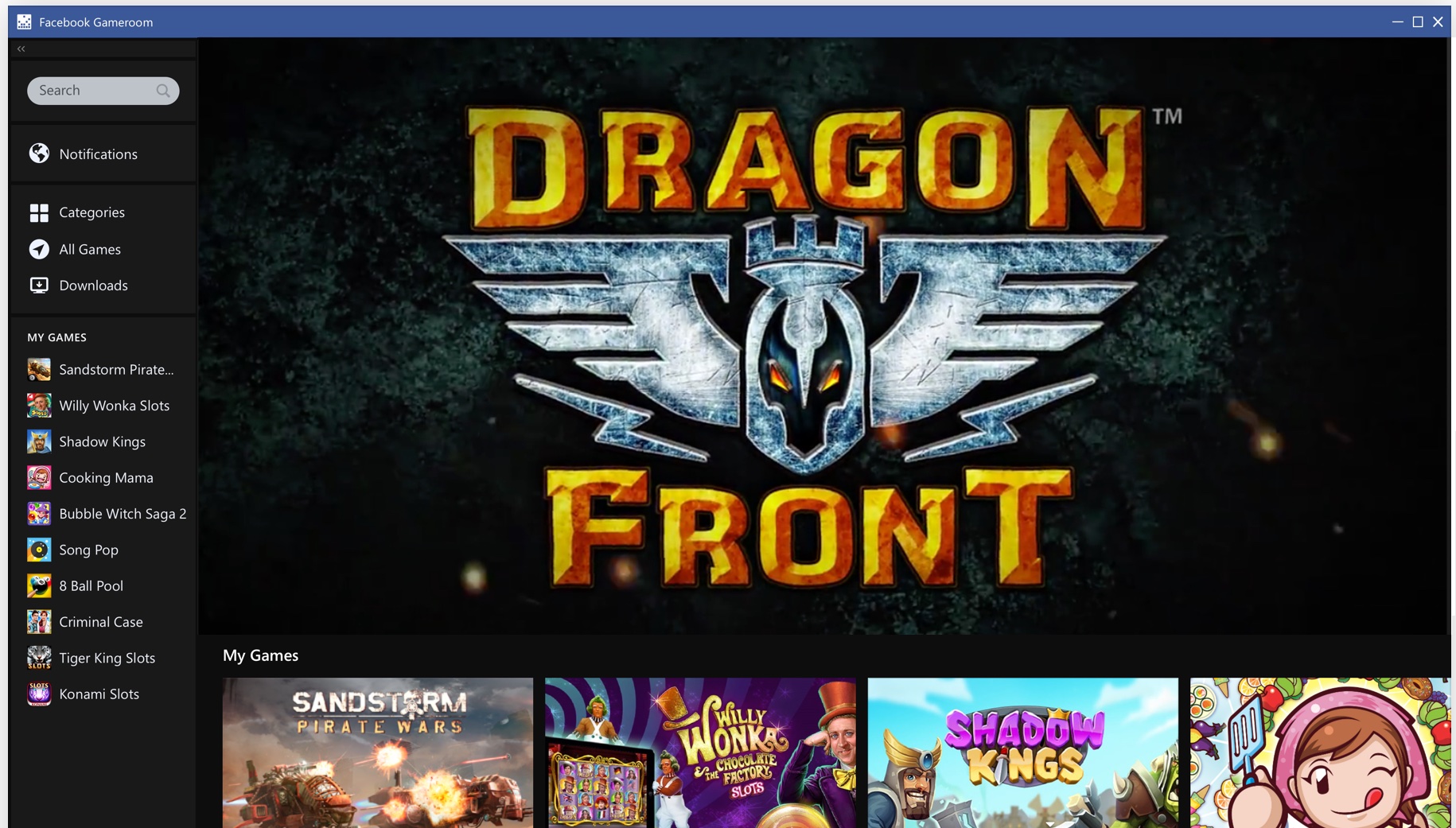 A 2D version of High Voltage Software’s game Dragon Front, written using the Unreal engine and originally an Oculus exclusive, will launch on Gameroom in the coming weeks.

M, Facebook’s personal assistant within Messenger, now allows you and your friends to order food through delivery.com. If you’re chatting with friends about what to grab for dinner, M may suggest placing an order (thanks to its AI smarts). The whole group ordering and payment can be completed in Messenger.

The video below demonstrates asking M to order food through delivery.com.

As of recently, the AI-driven digital assistant serves suggestions based on your chats.

These include fun stickers to say “thank you,” a reminder to meet up with a friend or an easy way to pay someone back or get paid via peer-to-peer payments.

M is now available within Messenger to all users in the United States.

We think of Messenger as being like the new social living room for the world, where people can hang out, share, chat, play games or buy things, while still being able to reach nearly everyone, wherever they are.

To stay in touch with the latest from F8, be sure to check out the official F8 website, download Facebook’s F8 app for iPhone from App Store or add the F8 bot from within Messenger.