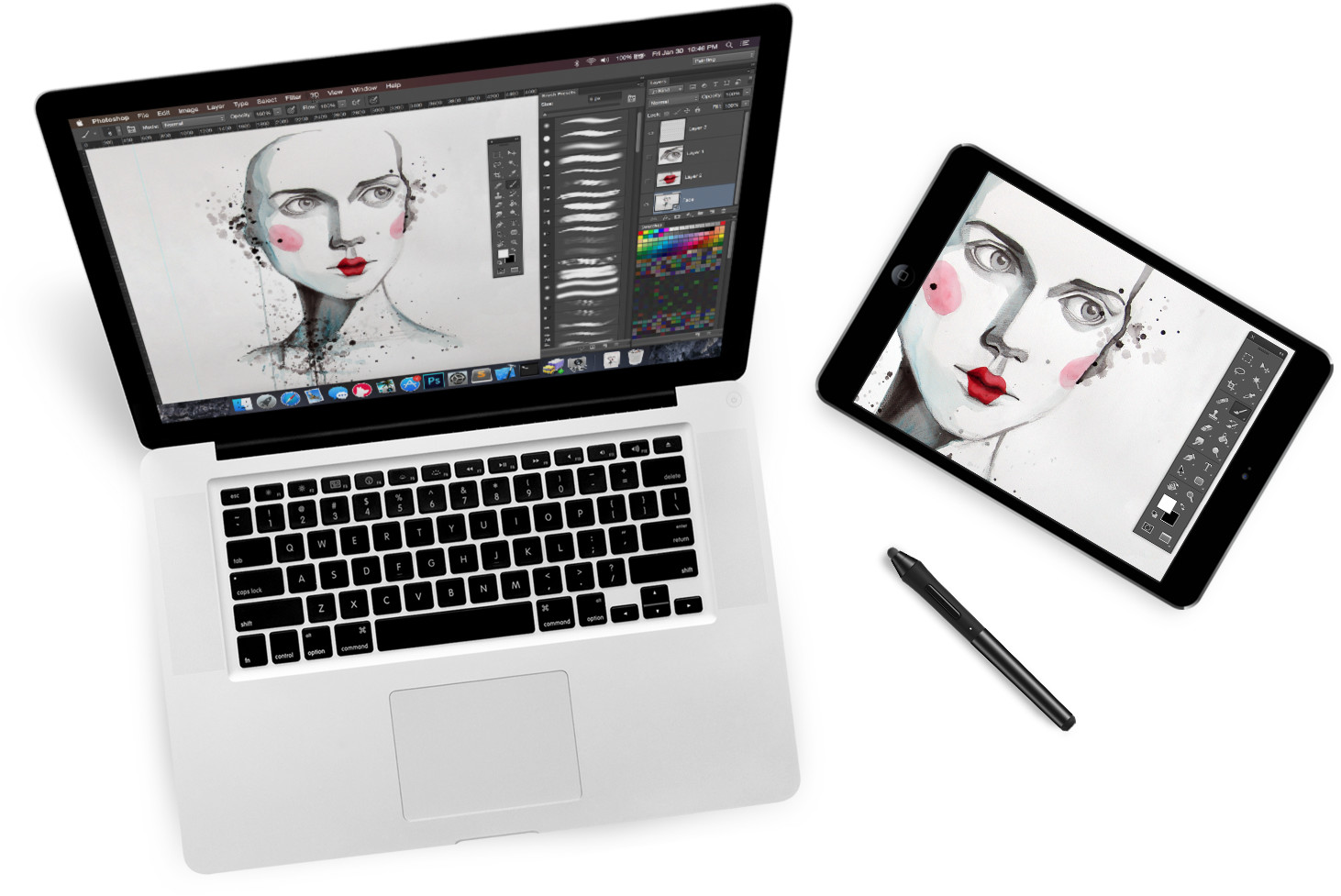 In addition to his assertion that Apple has been working on additional MacBook Pro models sans TouchBar, OSNews’ managing editor Thom Holwerda also heard from people in the know that all-new iPad and Mac integration could be in the works, too. As part of its planned pro-oriented feature enhancements, Apple is reportedly considering allowing users to hook an iPad Pro up to a Mac so that the tablet can be used as a Cintiq-like drawing tablet for their computer.

Don’t dismiss this rumor just yet.

Apple actually filed for a patent application a few months ago describing a docking station with a built-in keyboard and a special cutout into which an iPhone or iPad could be inserted. This would let the docked iOS device act as a multi-touch trackpad complete with Force Touch controls via 3D Touch and haptic feedback via Taptic Engine.

According to the invention, the screen of the docked iOS device could even double as a drawing tablet for Mac apps, according to Apple’s patent application for an “Electronic accessory device”.

Today’s rumor reminded me of Astropad, an awesome app by former Apple engineers that made its App Store debut a little more than two years ago. It basically turns an iPhone or iPad into a drawing tablet for your Mac with full support for Apple Pencil on iPad Pros. With Astropad, you draw into Mac apps like Photoshop via your iOS device’s screen, using your finger, Apple Pencil or 3D Touch with pressure sensing.

With its fast, fluid engine and virtually zero lag, small wonder some professional artists have now replaced their Wacom tablet with Astropad and an iPad with Apple Pencil. Aside from Apple Pencil compatibility, the app works with FiftyThree’s Pencil stylus and other styli, too.

The iPhone, iPod touch and Apple Watch version of Astropad is free on App Store.