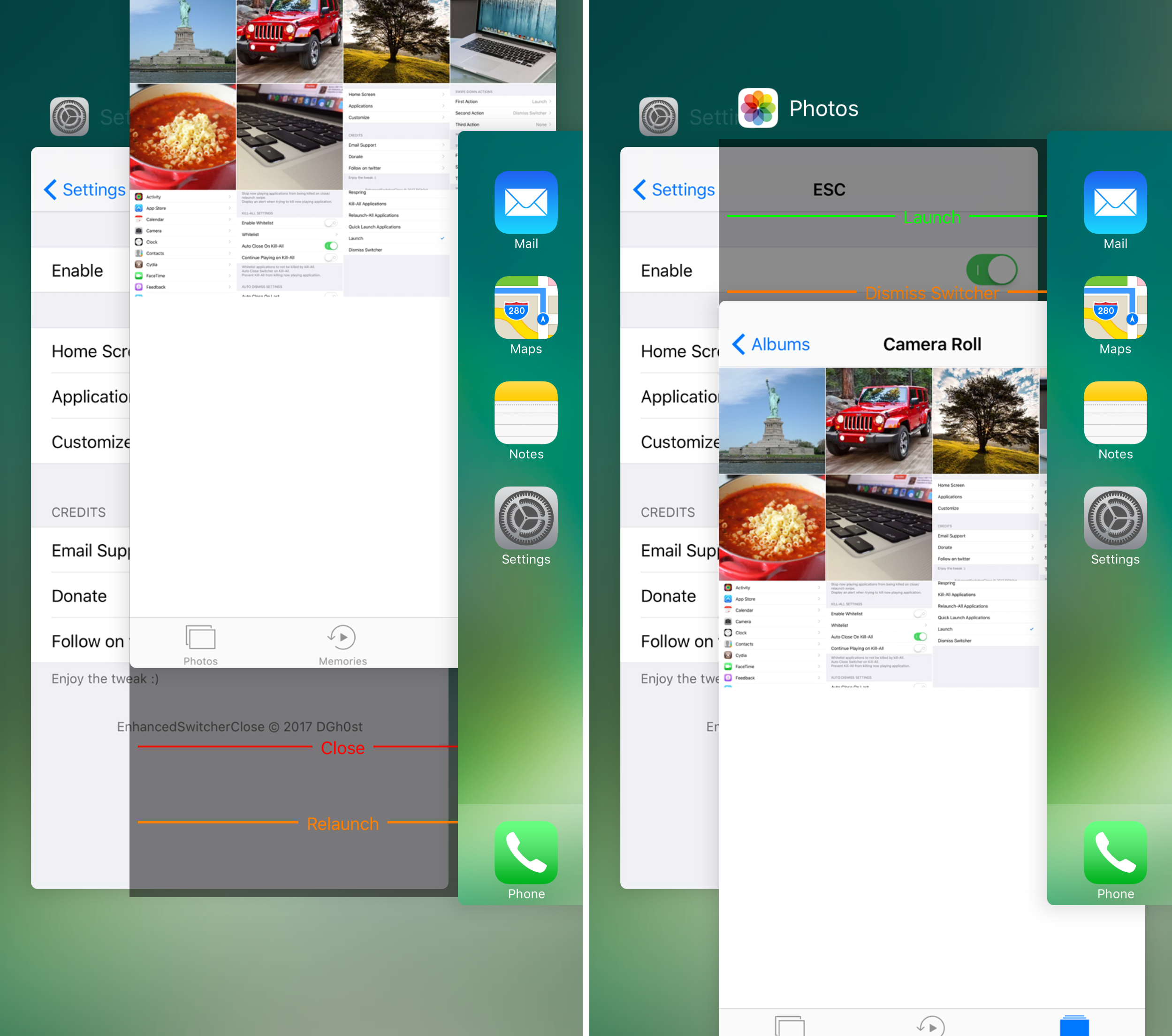 The stock App Switcher looks alright, but it’s not as useful as it could be. Apple limits what you can do inside the App Switcher to force-quitting apps, but as jailbreak developers have shown for years, there’s so much untapped potential.

A new free jailbreak tweak called EnhancedSwitcherClose by iOS developer DGh0st provides you with a new way to interact with your App Switcher cards and gives you more options depending on the way you swipe them.

After installation, the App Switcher looks normal until you begin swiping up or down on any of the app cards in the interface. When you do, you will notice colored lines that are labeled and indicate different actions, as shown above.

The lines you see indicate how far you need to drag a card to perform a certain action. Referring to our screenshot above, if we drag up on the Photos app card until the bottom of the card meets the orange Relaunch line, it will close and re-launch the Photos app.

You can customize what options appear and when; this includes choosing your different gestures and drag heights. To configure these actions, you can go to the EnhancedSwitcherClose preferences pane in the Settings app: 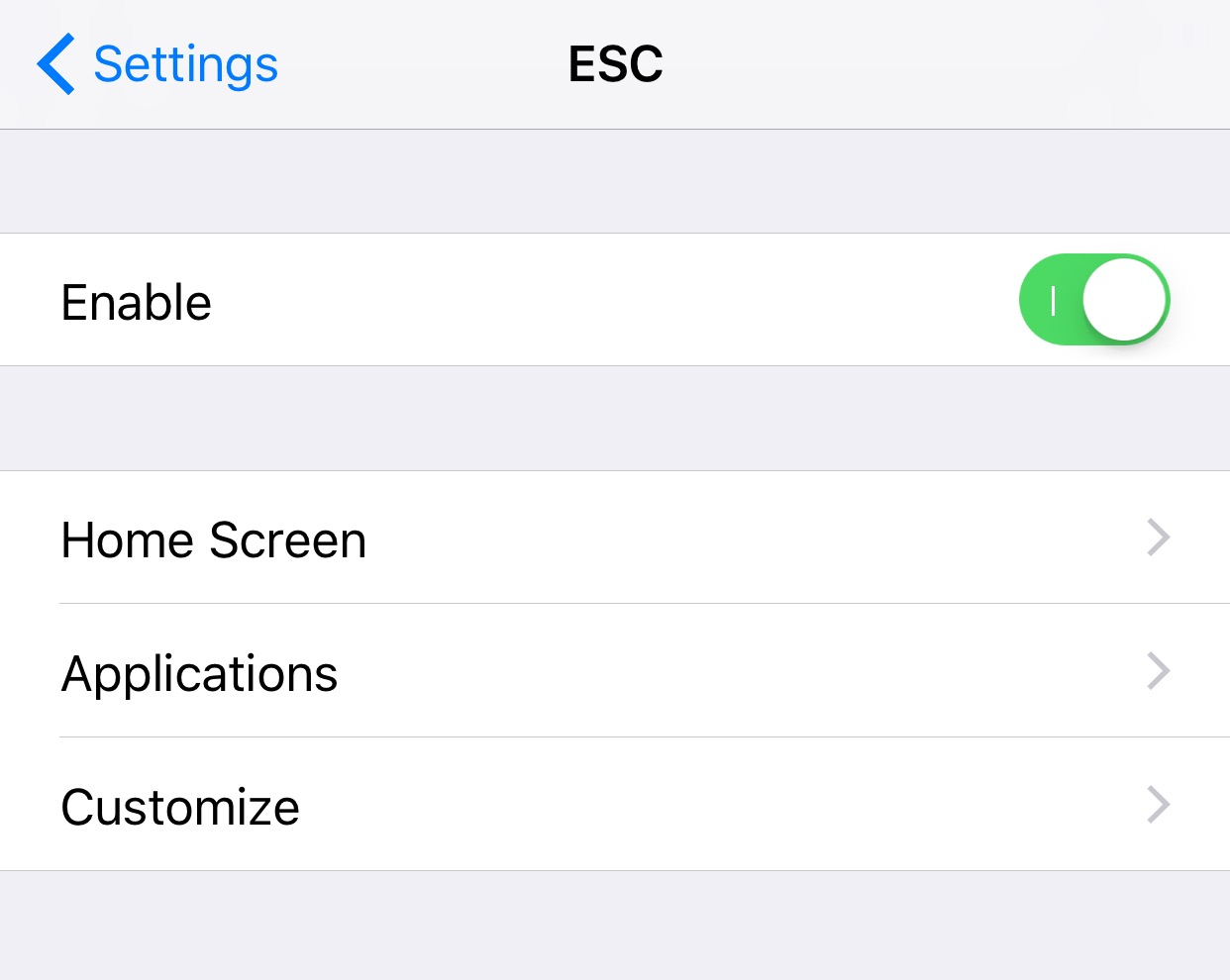 Here, you see a toggle switch for turning the tweak on or off, as well as three main cells for configuring the tweak. 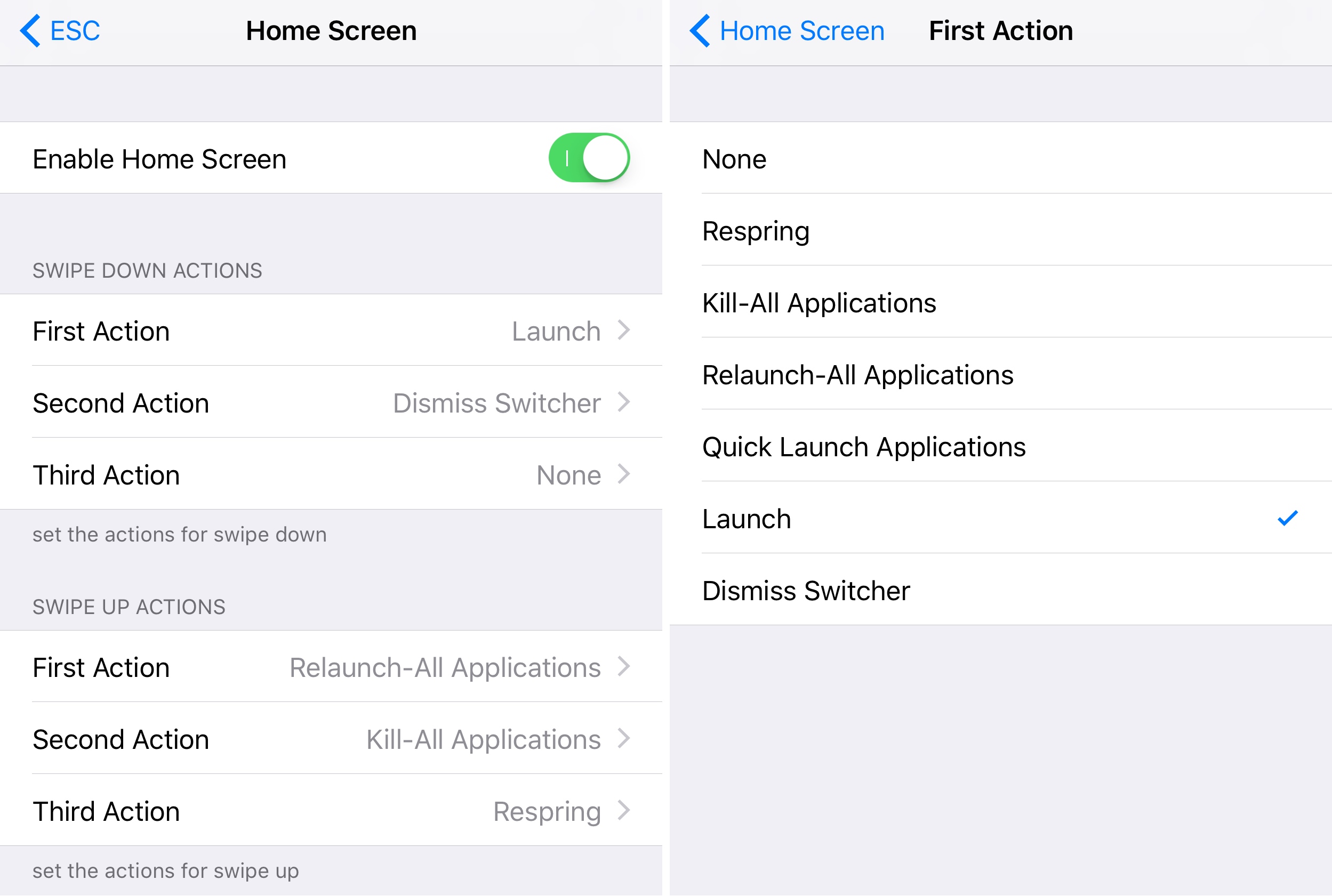 In the Home screen preferences pane, you will find the following options:

For each of the step configurations, you can choose from any of the following actions:

In the Applications cell, you can configure actions for each of your applications on a per-app basis so that each card in your App Switcher shows different options. The Customize cell provides even more options to configure: 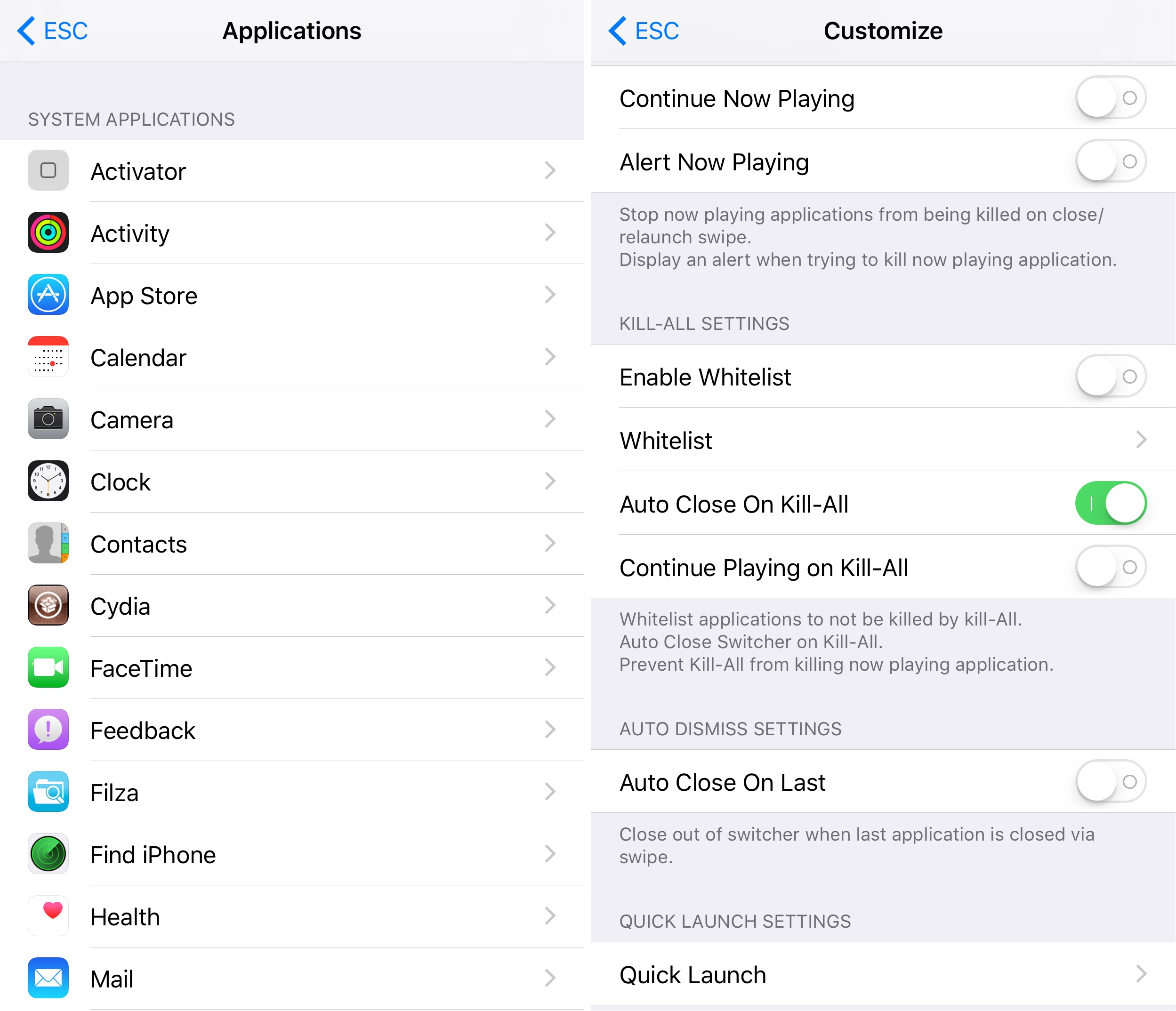 You will find the following options in the Customize preferences pane:

EnhancedSwitcherClose takes a bit of getting used to since most people are used to just swiping up and releasing instantaneously in the App Switcher. You’ll need to learn some self-discipline and only drag cards to predefined heights to toggle certain actions. In the end however, all the added actions could be worth it.

If you’re interested in trying EnhancedSwitcherClose, you can download it for free from Cydia’s BigBoss repository today. The tweak is compatible with both jailbroken iOS 9 and iOS 10 devices.

You might also like: This tweak puts the Status Bar in the App Switcher for your convenience

Do you think EnhancedSwitcherClose is an improvement to the stock App Switcher? Share why or why not in the comments section below.