KGI Securities analyst Ming-Chi Kuo, along with a few other sources, believes Apple will bet heavily on augmented reality with iPhone 8. He predicted the device’s front-facing camera will use a bespoke 3D sensor to let users take 3D selfies, map their surroundings, scan nearly any real-world object in three dimensions and more.

Analysts Andrew Gardiner, Hiral Patel, Joseph Wolf, Blayne Curtis and Mark Moskowitz reported in a Friday research note, obtained by 9to5Mac, that iPhone 8 may use a second 3D sensor out the back for augmented reality features.

Here’s an excerpt from the research note:

We now think the 3D sensing for facial recognition (front) and augmented reality (rear) will be conducted via two custom modules, with AMS/Heptagon providing significant content on the transmit side and STMicro on the receive side.

Any sensors Apple could use in iPhone 8 are widely expected to have been developed and built using the technology from Primesense, an Israeli startup Apple acquired in November 2013 for a reported $350 million. 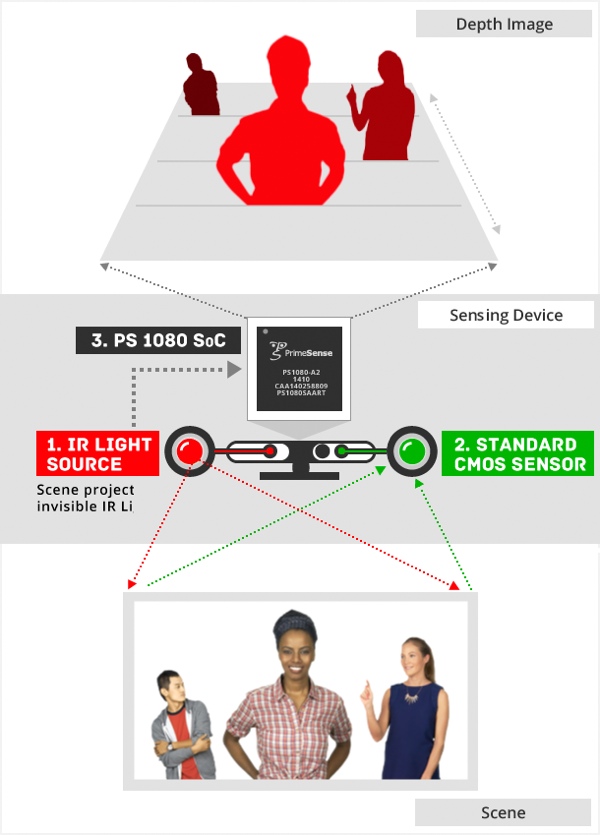 Earlier this week, Barron’s noted that Apple contracted a company called Himax Technologies to build 3D sensors for the OLED-based iPhone 8 models. DigiTimes added today that Lumentum will be another supplier of 3D sensors for iPhone 8.

Himax should handle the glass component design, with backend partner ChipMOS also providing assistance, while Lumentum will reportedly provide the 3D-sensing modules for the device based on vertical-cavity surface-emitting laser technology.

Earlier this week, KGI Securities analyst Ming-Chi Kuo identified Lumentum as one of the suppliers of 3D sensors for iPhone 8.