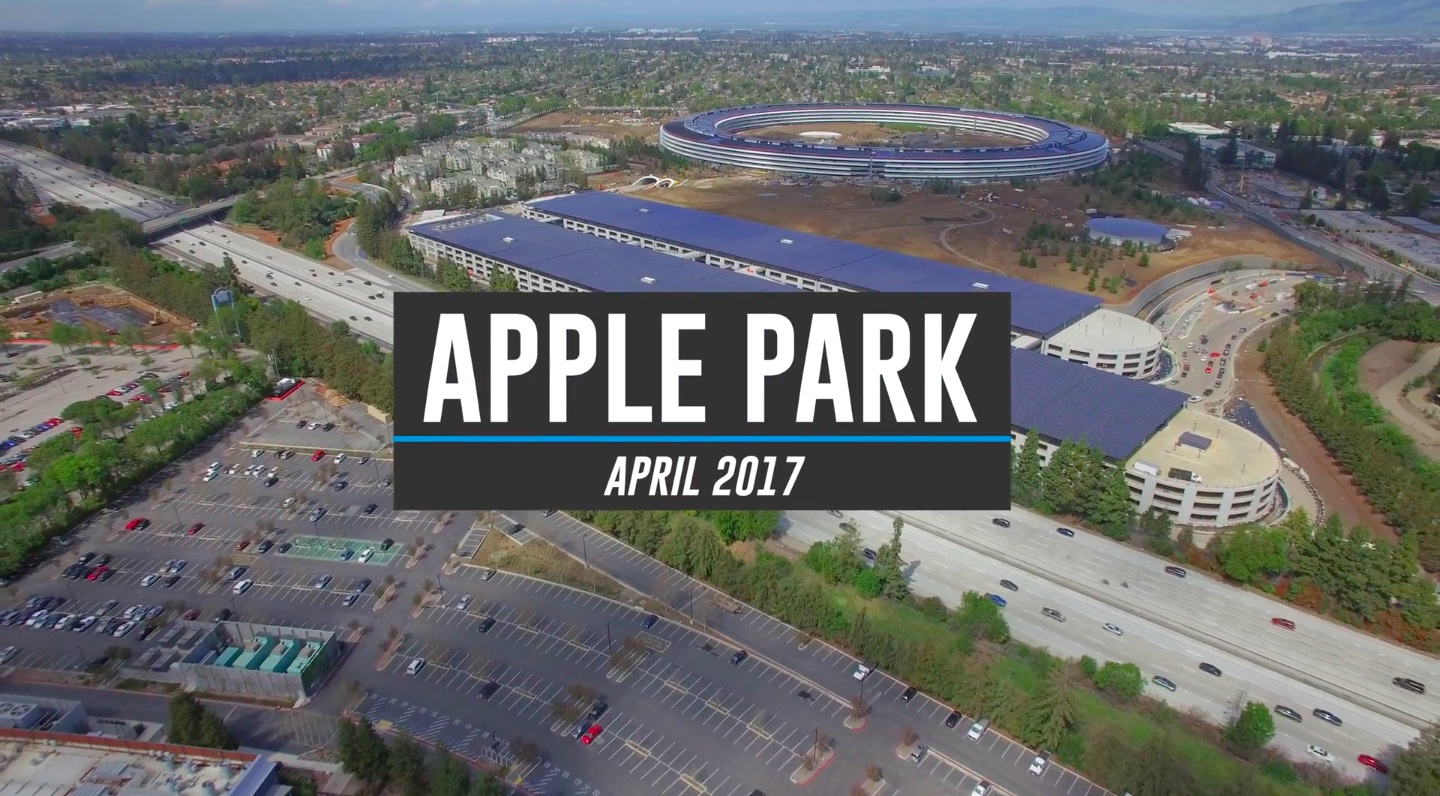 Apple Park should be ready for more than 12,000 employees to begin occupying in April, although landscaping and other finishing touches will take six more months to complete.

As it appears, the main ring-shaped building should be soon open to employees in some of the wings.

Matthew noted that the building is open to employees in some of the wings, with office chairs and tables being set up inside a secure R&D facility and other buildings.

The Tantau Avenue parking garage is nearing completion, too. Additional prep work for the pond within the large, central courtyard of Apple Park is visible as well and you can even catch glimpses of staircases leading up to the entryway atrium.

Apple Park files as the biggest office building and corporate campus ever. Other people took their drones to the skies to film construction progress at the site, too.

Here are some of the more recent examples.

Apple paid a homage to its late co-founder by naming a 1,000-seat underground auditorium where future press and corporate events will take place the Steve Jobs Theater. It won’t open until later this year as there’s clearly more work to be done there.

Apple has yet to specify a move-in date beyond the month of April.