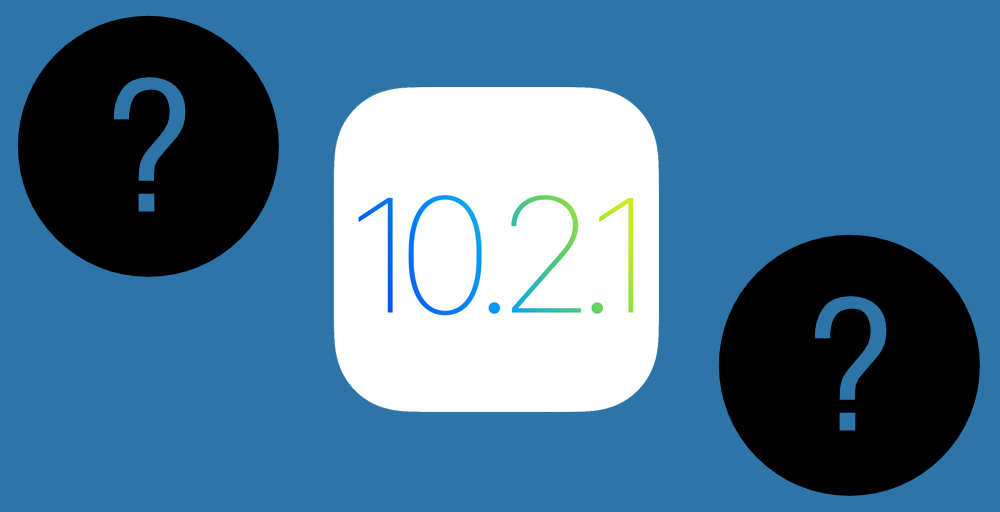 iOS 10.2.1 is not currently jailbroken, so at the moment its blobs are not of use, nor is being on that firmware a guarantee of a jailbreak. However, you never know what’ll happen, so act now! Don’t be left out in the cold when signing ends.

Downgrading to iOS 10.2.1 is only for testers of Apple’s beta software, currently running a higher firmware. Bugs are patched with every iOS release, and jailbreak tools do not generally support the current firmware anymore, so these users should consider a downgrade. As for saving .shsh2 blobs for 10.2.1, this is highly advisable while they are still available. These blobs should let you use Prometheus to move to iOS 10.2.1 later, if a newer jailbreak is released for it.

Everyone should do this, regardless of their plans. The blobs are easy to save, and you never know when or why you might need them. They will allow already jailbroken users to move to 10.2.1 later if a newer jailbreak is released. Save them now for iOS 10.2.1, and continue saving them in future for iOS 10.3 and above too. This guide shows you how to easily save blobs. 32-bit device owners whose devices support iOS 10 can also save normal .shsh blobs through a method of their choice.

Downgrading to iOS 10.2.1 from a higher firmware

Everyone on a firmware higher than iOS 10.2.1 should immediately downgrade to iOS 10.2 to increase their chances of a jailbreak. In general, a lower firmware is always better if you want to be supported by a future jailbreak. This guide shows you how to downgrade.

Upgrading to iOS 10.2.1 from a lower firmware

No-one. This is madness.

Don’t get caught out!

Remember, signing for iOS 10.2.1 is expected to close very soon. After this time, you will not be able to save blobs, nor will you be able to restore to iOS 10.2.1. If an iOS 10.2.1 jailbreak is released in a couple of months (unlikely, but you never know), you will be unable to downgrade to iOS 10.2.1 from iOS 10.3+ then, and unable to upgrade from <iOS 10.2 if you didn’t save blobs now.  So now is the time for everyone to do so, and for those who were testing the iOS 10.3 betas to make the return jump.

Remember, whilst this is not an exciting chore in the absence of any upcoming iOS 10.2.1 tool, it is good preparation for the future! Don’t complain later that you thought it wouldn’t matter. Good luck!