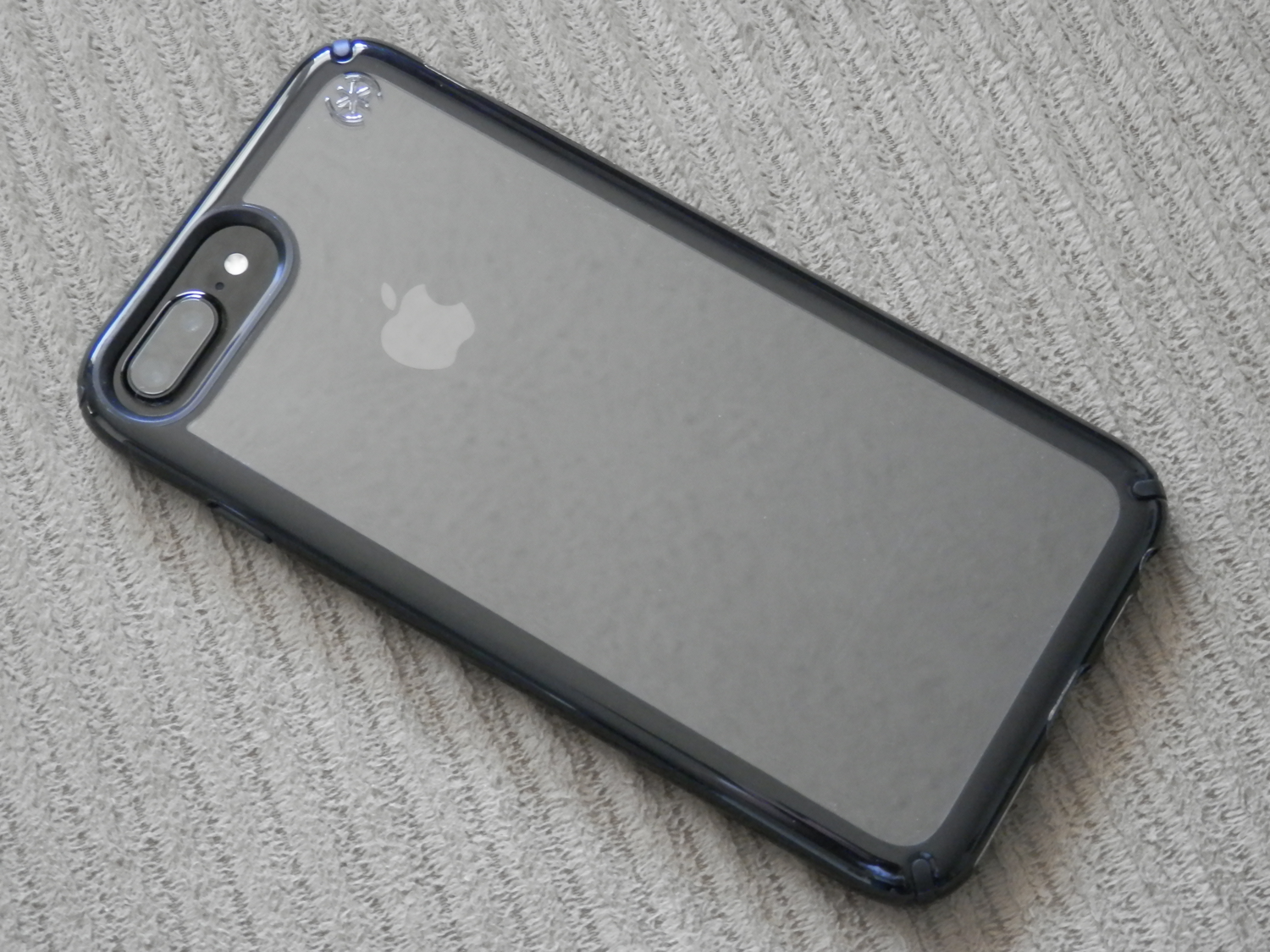 Speck unveiled the new Presidio Show case at CES 2017, introducing an effective way to protect your sleek new iPhone while still enabling you to get a good look at the incredible industrial design of your handset that would normally be hidden by the protective materials that make up most impact-resistant cases.

The Presidio Show‘s bezels are colored to match the iPhone finish of your choice, but the back plate of the case is fully transparent to act as a window to the other side. In this review, we’ll show you the version made to go with the Black or Jet Black finish of the iPhone 7/7 Plus.

We’ve showcased Speck’s Presidio series cases before, but the Presidio lineup is full of options, ranging in different colors, textures, and functions. Show is the latest addition to this lineup, giving minimalists who like seeing their device a way to stay protected.

To start off, I have a Jet Black iPhone 7 Plus. It has been in a case since the day I bought it, because after the speech about being prone to micro abrasions, I was hesitant to let my device see the outside world. That said, having to cover up such a beautiful finish just to keep it protected has been bittersweet, but Presidio Show offers a solution to my (and perhaps your) woes.

A window to the other side

The case itself is reminiscent of many Speck Presidio series cases as you’re about to see, but it’s unique in its very own way for being more revealing of what it encases.

Each of the corners have impact-absorbing Impactium material, which protects from drops of up to 10 feet. In fact, Impactium works like a set of little rubber bumpers, and is up to 52% more shock-absorbent than your run-of-the-mill plastic or rubber case. 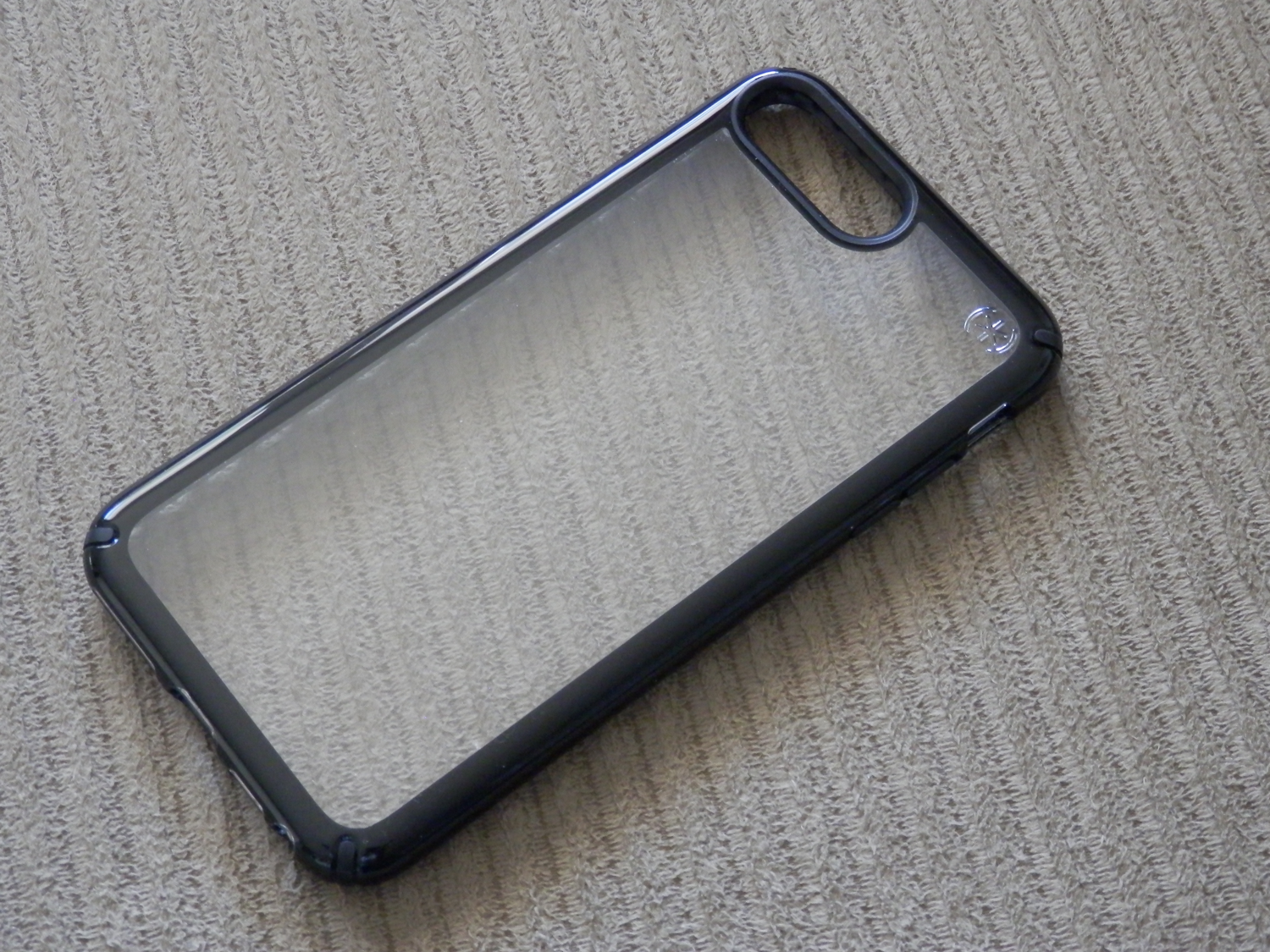 You’ll find Impactium material lining all of the inside walls of the case. If the ridges look familiar, that’s because they appear in all of Speck’s Presidio series cases, including the Presidio Grip we showed you last year. 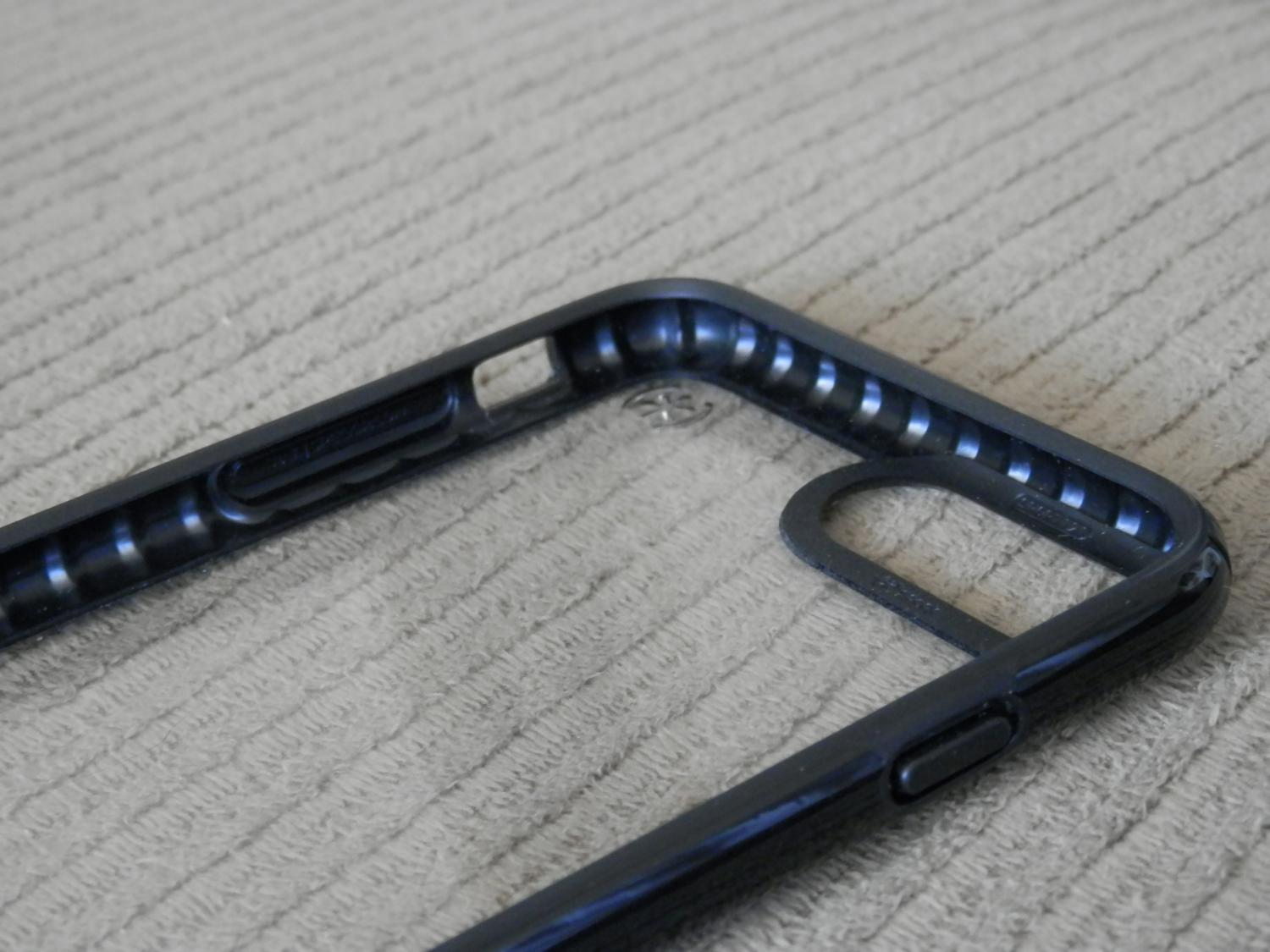 With the phone popped inside, I can continue to gaze upon the stunning Jet Black finish I have even though the iPhone is inside of a protective, shock-resistant case:

Like most cases, Preisido Show has a non-reflective black ring that encircles the rear-facing camera to prevent flash glare from white-washing your images. 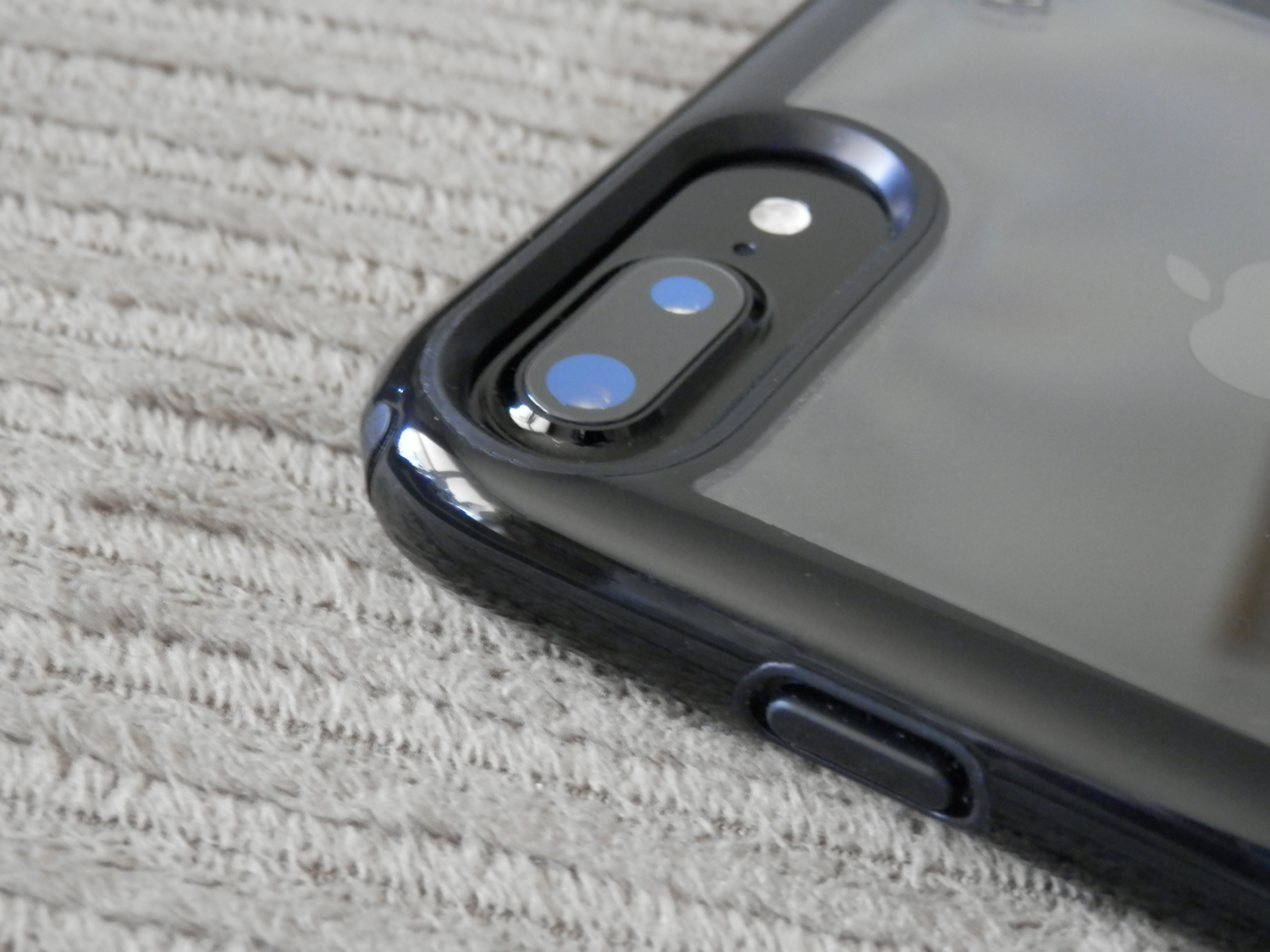 The buttons are covered by rubber boots, which despite being protective, are also highly tactile. This is one thing Speck is known for, and the buttons continue to give you that pleasant ‘click’ feeling when pressed. 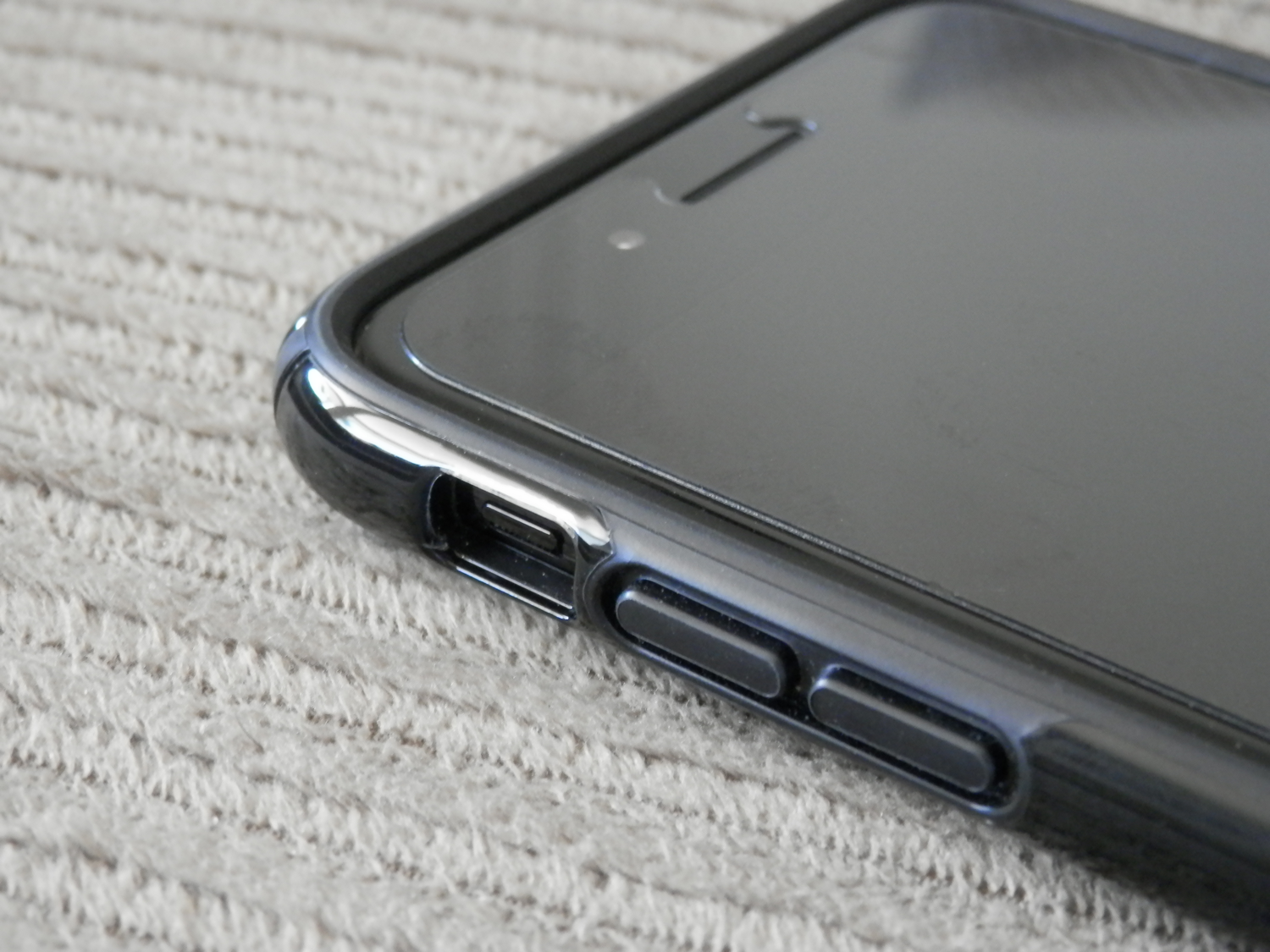 The ringer-silent switch is exposed, and the hole to access it is large enough to utilize even if you don’t have long fingernails, which is nice from an accessibility perspective.

At the bottom of the case, you get a large Lightning port cut-out, and two holes for the grilles on either side of the iPhone. You’ll also notice something unexpected: a hole for the 3.5mm headphone jack. 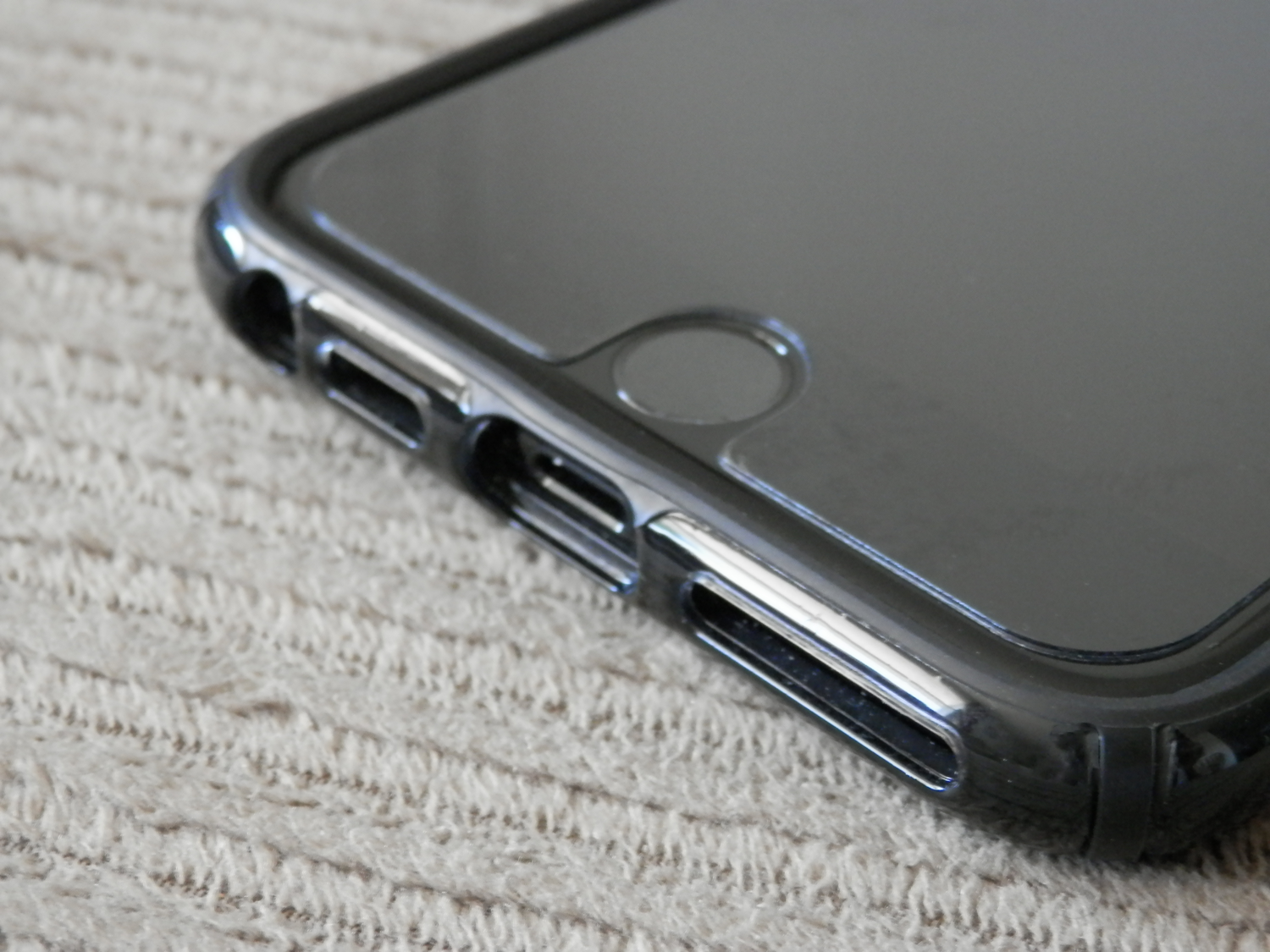 When asked about this, Speck replied saying that they have built the headphone jack hole into all of their Presidio cases going forward in order to make them backwards compatible with the iPhone 6s/6s Plus and the iPhone 6/6 Plus. After all, they share the same dimensions. Not too shabby!

The good and the bad

There are a handful of pros and cons to be said about the Presidio Show. So, I’ll go through them all with you below:

This would be a good case for anyone who wants to see what their iPhone looks like while still keeping it protected day-to-day. One thing to keep in mind however is that because the back plate is a fingerprint magnet and collects scratches easily, someone who beats hard on their phone every day might want to look at other protection options, as both of these will eventually make it harder to see the finish behind the clear back plate.

While there are lots of transparent cases on the market, not all of them have the drop protection of Impactium, and several of those transparent cases have a hazy clarity, which means you don’t really get the full effect of the Jet Black; Preisidio Show, on the other hand, is crystal clear, so you get to see the finish shine when light hits it the right way.

The Speck Presidio Show case is available on Amazon for both the 5.5-inch iPhone 7 Plus for $30 and the 4.7-inch iPhone 7 for $27. As of this writing, limited colors are available for each size option, but eventually supply will catch up with demand.

What are your thoughts on having an iPhone case that not only protects your device, but lets you see its finish in all its glory? Share in the comments below!