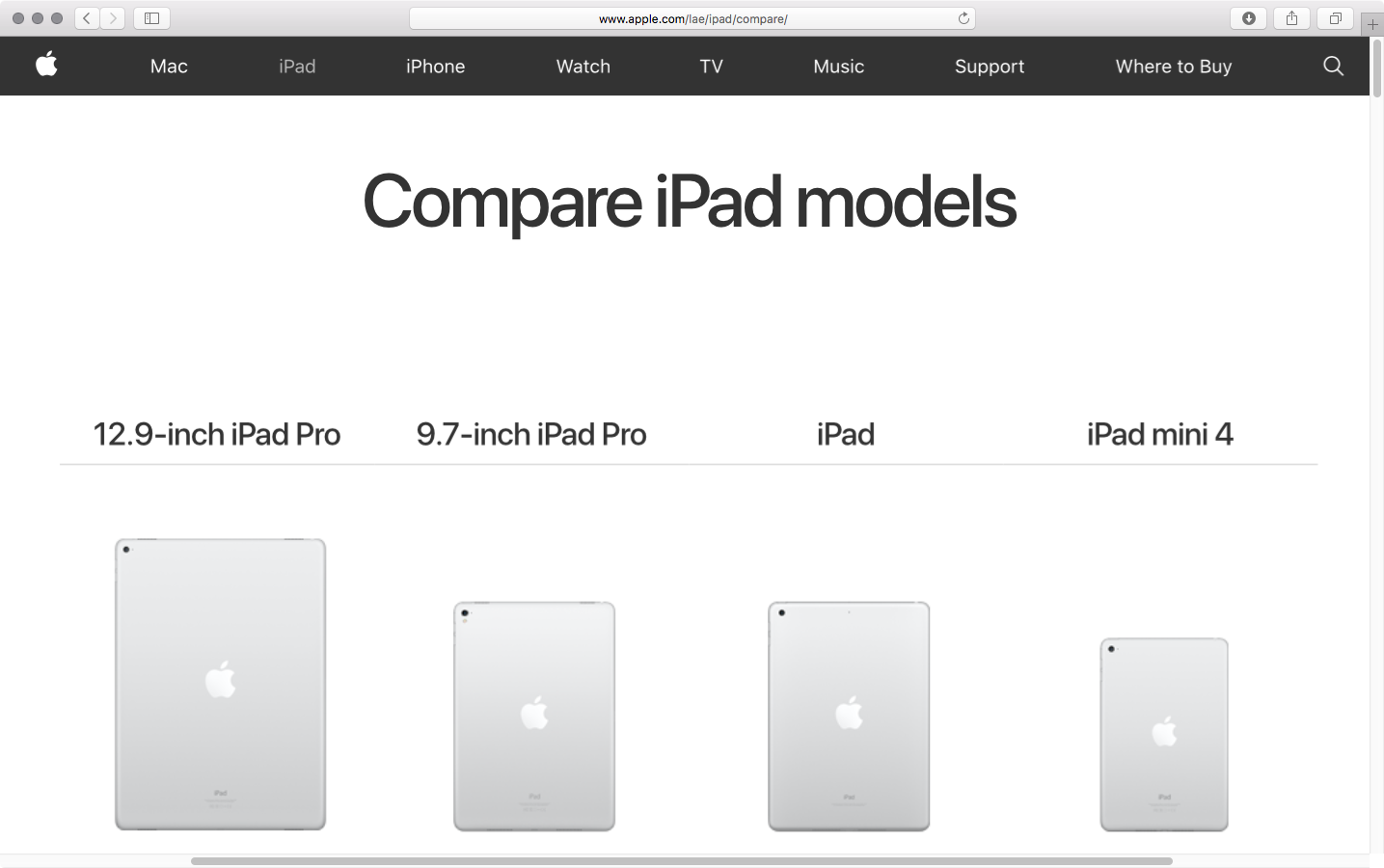 As of today, neither iPad Air 2 nor iPad mini 2 are available to purchase from Apple. Earlier this morning, the Cupertino firm announced a new 9.7-inch tablet model, called simply iPad.

Simultaneously, the company phased-out the 32-gigabyte edition of iPad mini 4 while giving the iPad mini 4 lineup twice the storage without increasing prices.

The iPad lineup is now a lot cleaner than before:

The discontinuation of the aging iPad mini 2 couldn’t have come sooner.

Originally marketed as “iPad mini with Retina display”, it was unveiled in October 2013.

iPad mini 2 had a design almost identical to the original model, with internal revisions such as Apple’s first-generation 64-bit A7 chip, a 7.9-inch 2,048-by-1,536 pixel resolution Retina screen and other hardware features like its larger sibling, iPad Air.

Space Gray and Silver finishes were added to the iPad mini 2 lineup in November 2013. iPad mini 2’s successor, iPad mini 3, was unveiled in October. It had exactly the same hardware like iPad mini 2 while adding Touch ID, differing storage sizes and an additional Gold color option.

Speaking of which, iPad Air 2 was unveiled at a press event in October 2014.

Starting at $499, it was marketed with the “Change Is in the Air” tagline and landed on store shelves on October 22, 2014. Filing as Apple’s sixth-generation tablet, iPad Air 2 was thinner and faster than the original iPad Air thanks to Apple’s second-generation 64-bit A8X chip. It came outfitted with the Touch ID sensor, a 9.7-inch 2,048-by-1,536 pixel resolution Retina screen and more.

As mentioned, iPad mini 4 now offers twice the storage for the same price, starting at $399 for the 128GB Wi-Fi model and $529 for the 128GB Wi-Fi + Cellular model. The device comes in Silver, Gold and Space Gray and can be purchased via apple.com and at Apple’s retail stores.

Your thoughts on the new, cleaner iPad lineup?