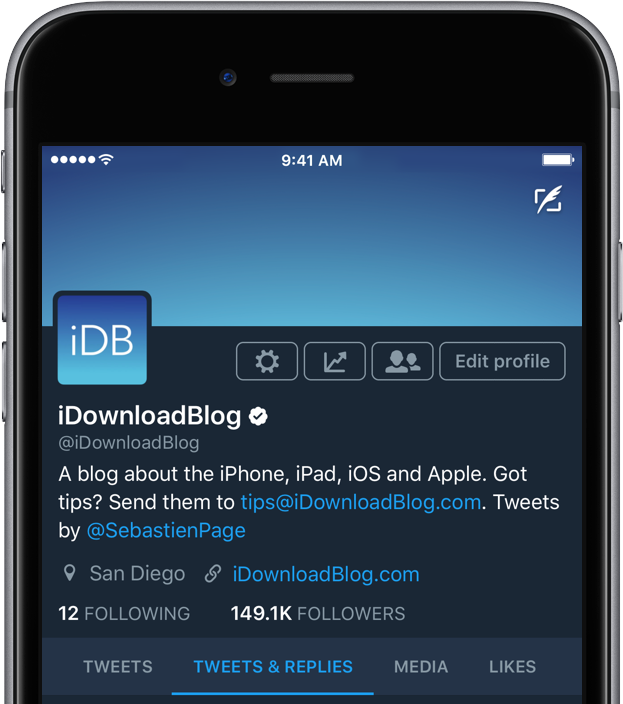 Twitter’s mobile app for iPhone and iPad has gained updated profile design on mobile with a new Tweets & Replies tab now gradually rolling out to users. As first noted by 9to5Mac, the profile section shown upon tapping Me at the bottom of the app now resembles Twitter’s web interface, which also separates replies into a dedicated tab. Previously, Twitter for iOS consolidated both your own tweets and replies under a single Tweets tab.

This tweaked profile design on mobile is a staggered rollout so check back in a few days if it’s currently unavailable to you.

The Tweets tab in the mobile app now shows only your own tweets.

The new Tweets & Replies tab, as the tittle suggests, displays both your own tweets and replies. The change now allows others to scroll through users’ tweets on their profile pages without seeing their replies, like on Twitter.com.

TUTORIAL: How to clear media and web caches in Twitter for iPhone

It’s unclear how many users are currently seeing this new profile design in Twitter’s mobile app. Do tell us in comments if you see the new Tweets & Replies tab on your own profile page and don’t forget to share your impressions in the comments.

Twitter for iPhone and iPad is available free on App Store.