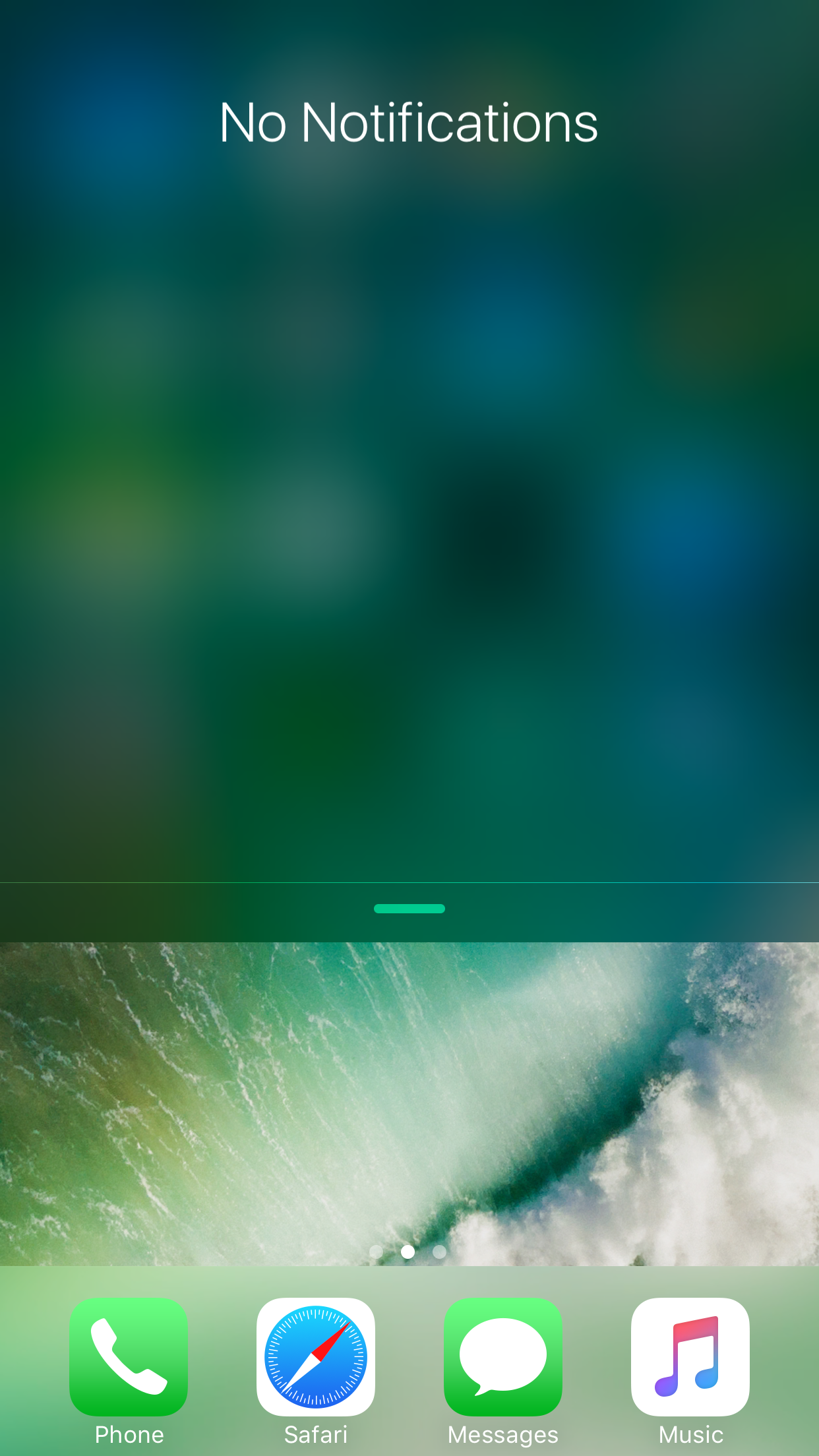 When you drag Notification Center down from the top of your screen, the interface normally just falls into place. The stock animation is a little boring, and some might argue that it could do with some additional creativity.

That’s the idea behind a new free jailbreak tweak called BouncyNC10 by CydiaGeek, which adds an enhanced bounce animation to Notification Center as it strikes the bottom of the screen.

For a fair comparison, here’s what the Notification Center launching animation looks like out of the box:

After you install BouncyNC10, the animation puts heavier emphasis on the opening bounce like so:

The before and after differences are quite dramatic, so for anyone who has always liked bouncier animations, this could be a great addition to a jailbroken device.

The tweak adds a preferences pane to the Settings app, where you’ll find two different options: 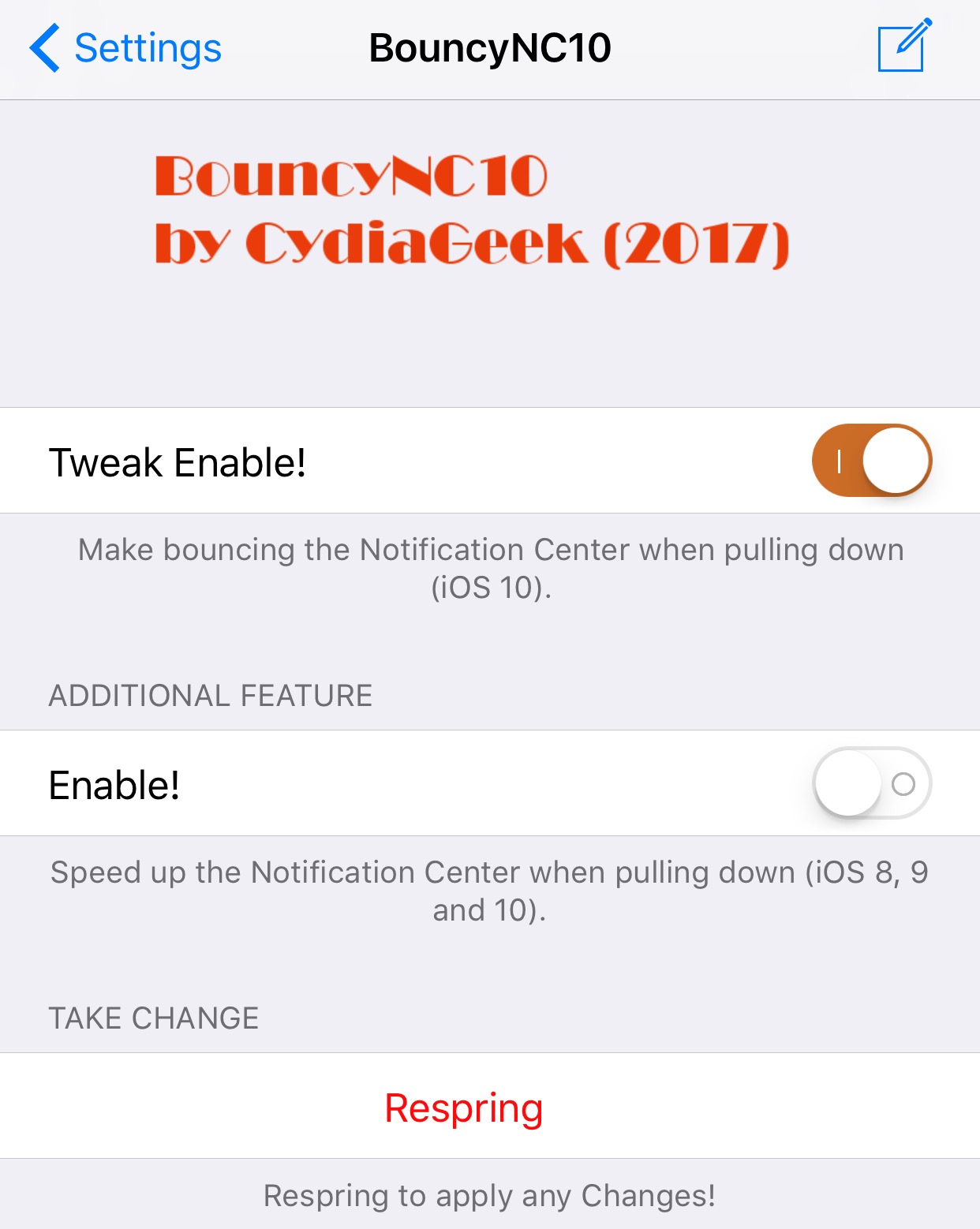 The first lets you toggle the bouncier animation on or off on demand, but you’ll also see a second option for speeding up the launch of Notification Center on iOS 7 through iOS 10.

I found that the option eliminates just about all animations that come from launching Notification Center and makes the launch feel almost immediate upon swiping down.

That said, the second option might be useful for those who don’t necessarily want bounciness, but rather are looking for something to make launching Notification Center faster on your old and sluggish devices.

However in my opinion, the second option feels out of place for a tweak intended to bring bounce effects to jailbroken devices since it cancels out the main appeal of the tweak in the first place. Those who want speed can always use a tried and true tweak like Speed Intensifier, so the only real appeal to this tweak is going to be that added bounciness.

BouncyNC10 is an aesthetic tweak, so it doesn’t bring much more to jailbroken devices besides eye-candy. Nevertheless, if you want to try it, you can download it for free from Cydia’s BigBoss repository.

Do you like Notification Center better with or without the added bounce effects? Share in the comments below.