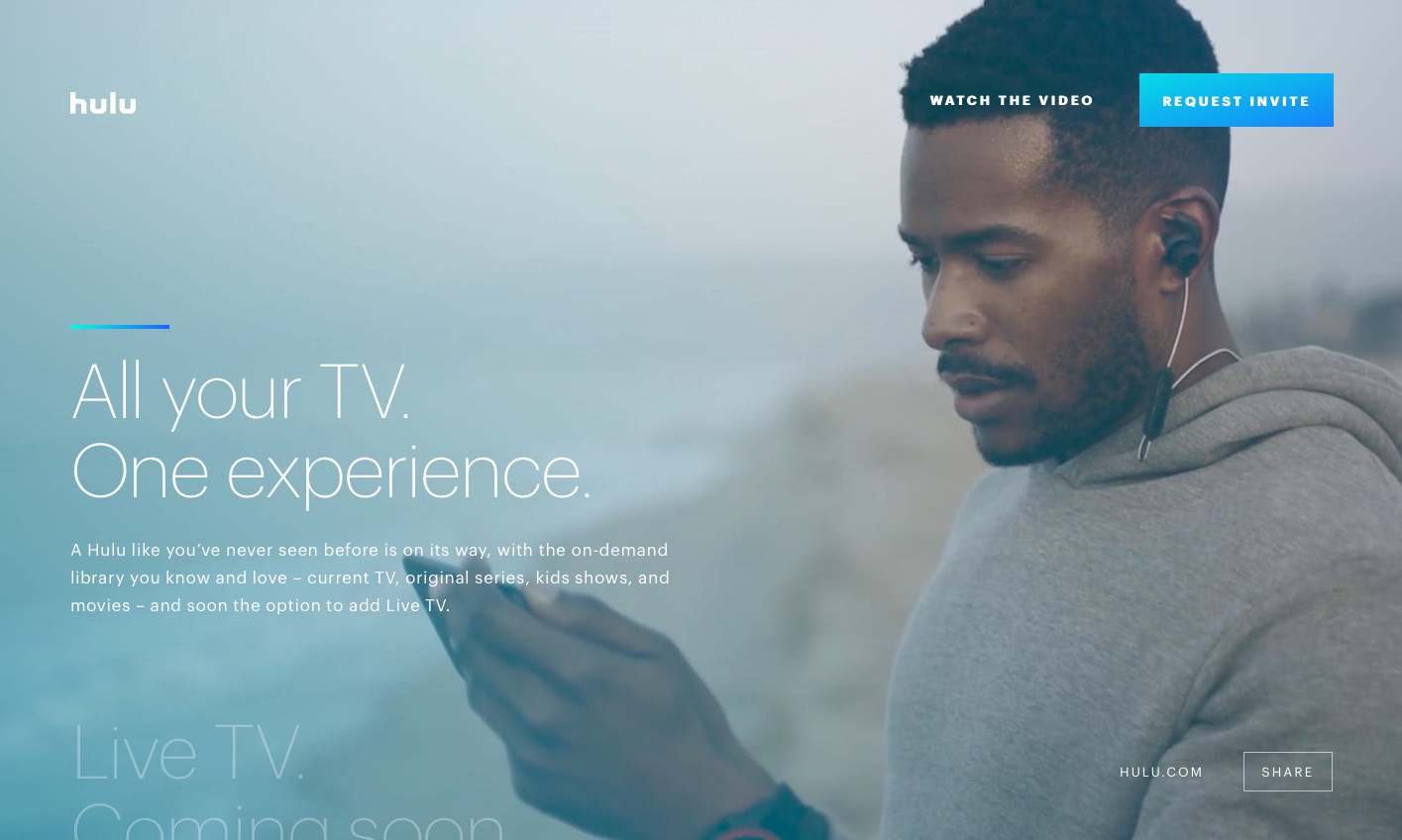 Hulu recently updated its experiencehulu.com mini-site, which highlights the company’s existing video on demand service and a forthcoming live television offering. The website refresh has revealed previously unconfirmed features such as cloud DVR, multi-device streaming, user profiles, support for guest accounts, real-time notifications for live events and other perks. The sub-$40 service is expected to launch across iOS, tvOS and other platforms in the coming months.

According to the website and the accompanying video which you can watch further below, Hulu’s live TV service will have access to multiple streams in the house, support watching live programming away from home and include a cloud DVR feature for saving anything to watch later. 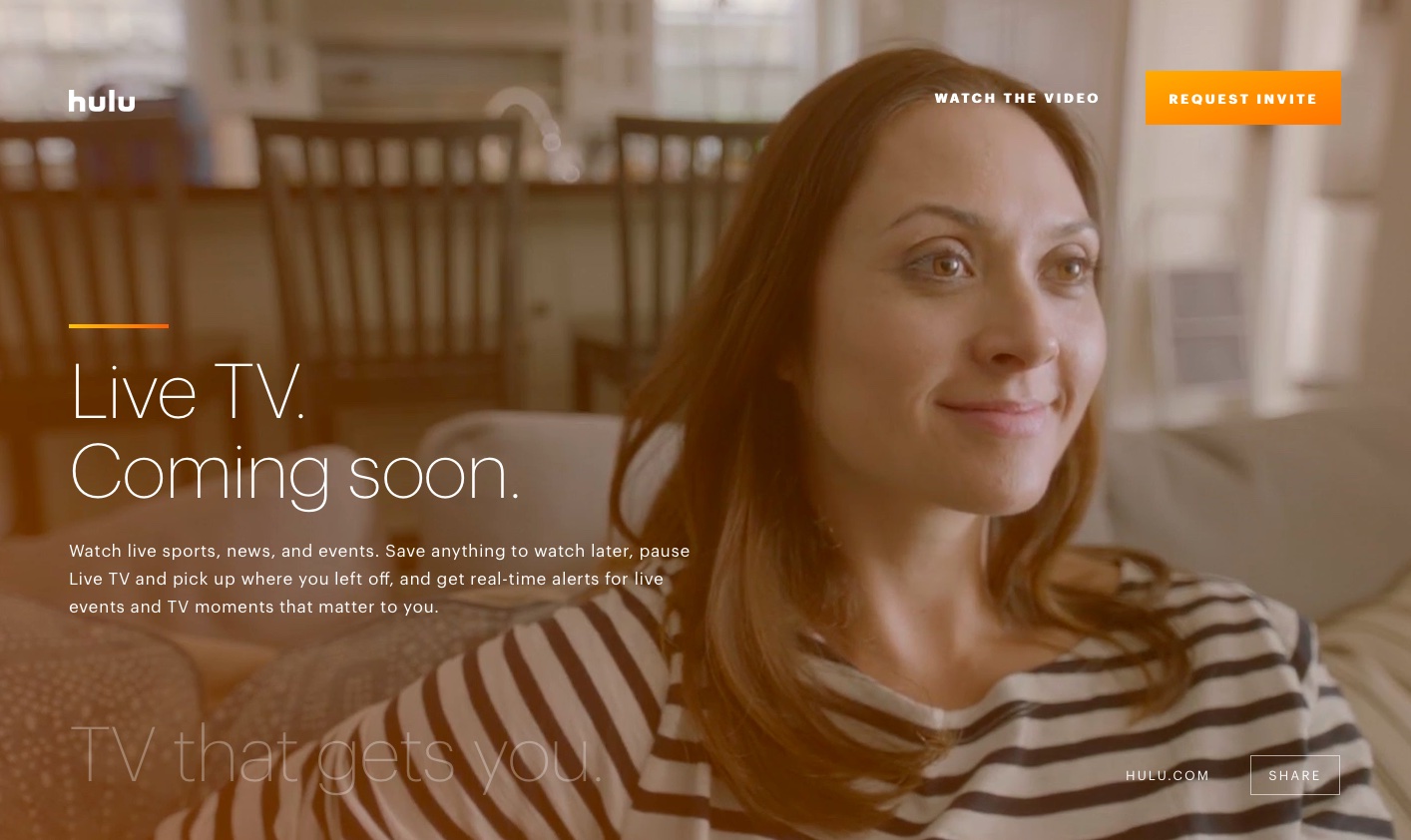 You will be able to pause and resume streams, receive optional real-time alerts for live events and so forth. The new service will be supported across iPhone, iPad, Apple TV, Android and Xbox devices.

And here’s a video promo of the new Hulu experience featuring live TV.

“Live and On Demand. Together at last on Hulu,” the video states.

Hulu has not shared full details regarding paid tiers or launch date beyond stating vaguely that subscribers will enjoy the most valuable, premium live TV offering on the market for “under $40 per month”.

With no set-up costs or installation, it will feature an easy-to-use, intuitive and personalized interface, that brings together live and on-demand news, entertainment and sports, all in one place, across hundreds of living room and mobile devices.

Point your browser at huluexperience.com and sign up to receive email updates and for your chance to preview the new Hulu service as a beta tester ahead of launch.

This year looks to be all about online-only TV subscriptions.

Networks and studios like CBS, NBC, 21st Century Fox, The Walt Disney Company and Turner Networks have been confirmed to offer content on Hulu Live TV.

Meanwhile, rival YouTube is set to launch a streaming live TV bundle of its own this spring. YouTube TV, as they’re calling it, offers content from four major networks (Fox, ABC, CBS and NBC) and 39 other local broadcast networks and channels like ESPN, with unlimited DVR, for $35 per month.

Not to be outdone by others, AT&T’s DirecTV Now service is tempting cord-cuters with a deal offering one full free year of HBO.