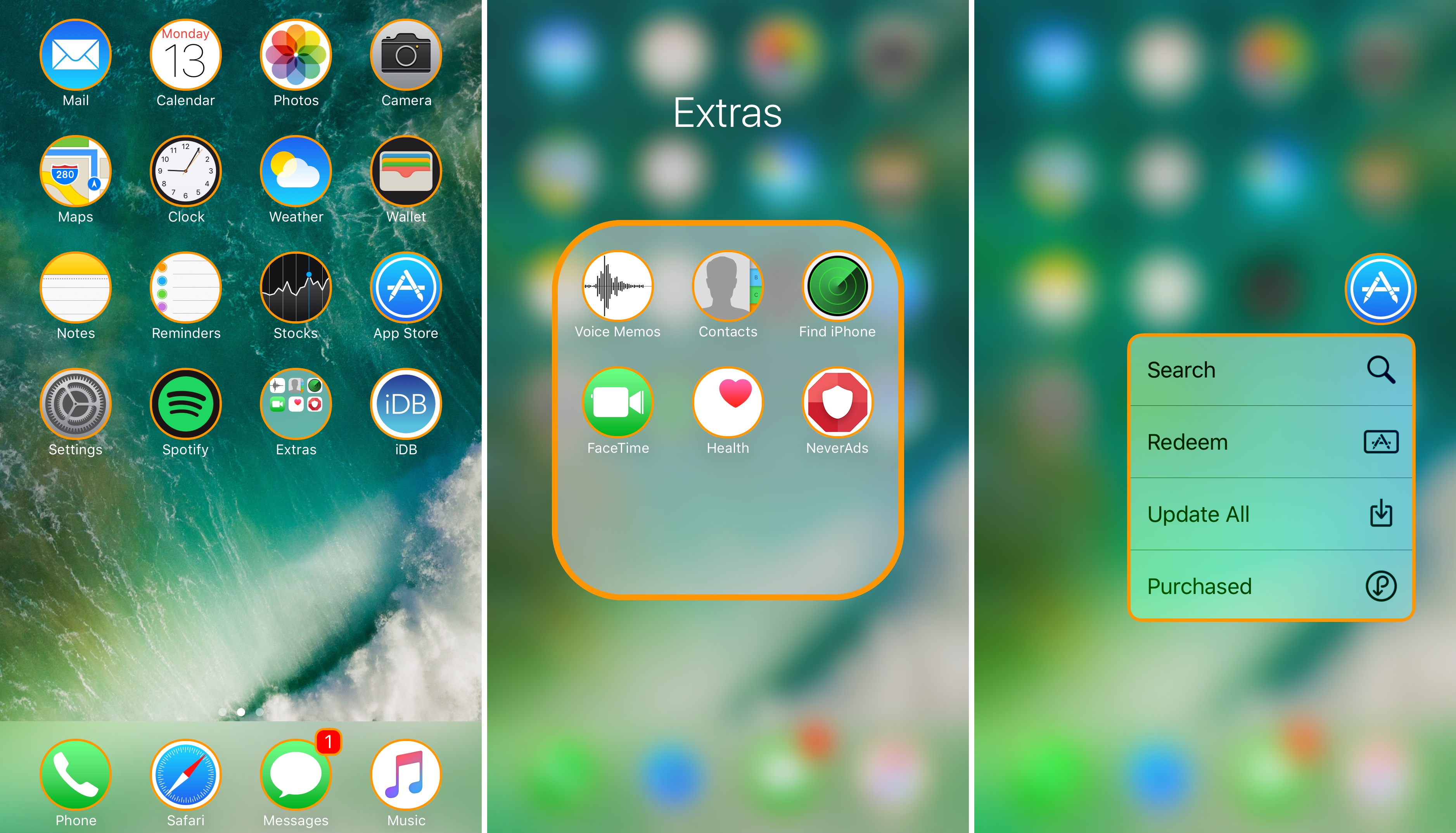 For the folks who like tinkering with the way their iPhone looks and feels, a new free jailbreak tweak release called BorderIcon+ by Pax Cex lets you deck out various parts of your Home screen with customizable borders.

The tweak is fully configurable and can be applied to a number of things including: app icons, notification badges, folder backgrounds, and even 3D Touch menus.

You can selectively choose where the borders appear and don’t appear, so to configure the tweak to your liking, head over to the Settings app after installation: 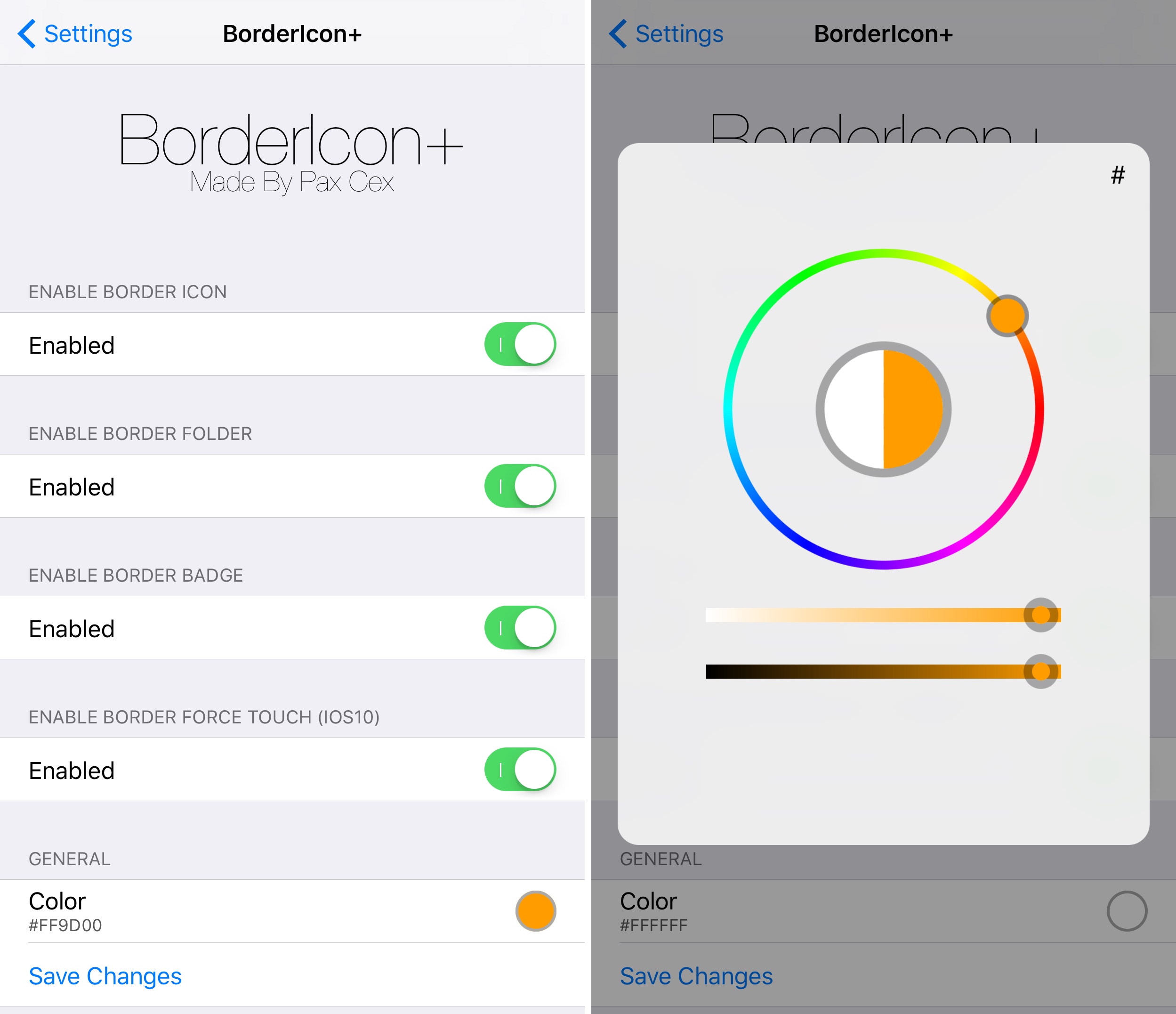 Here, you will find toggle switches for app icons, folders, badges, and 3D Touch menus, but you’ll also find the color picker at the bottom, which lets you pick from an infinite selection of colors.

Once you’re satisfied with your settings, you can go ahead and respring your device with the included button at the bottom, and your settings will take effect.

You’ll notice the tweak also makes your app icons round, and there doesn’t appear to be a way to disable that from the tweak’s preferences pane. With that in mind, this appears to be a mandatory change, and perhaps an update in the future will grant you with the ability to have stock icons with borders instead of round.

If you’re interested in trying BorderIcon+, you can snag it for free from Cydia’s BigBoss repository right now. The tweak is advertised to work on both jailbroken iOS 9 and iOS 10 devices.