Safari for iPhone, iPad and Mac has long included a tremendously useful Reading List feature that allows you to save your favorite webpages and access them easily between devices—even without an Internet connection. Google has been working on its own version of Reading List and it’s slated to arrive in an upcoming update to Chrome for iOS, as reported by 9to5Mac. Like with Reading List on Safari, this nifty new addition will let Chrome users save articles and webpages for offline reading at a later date. 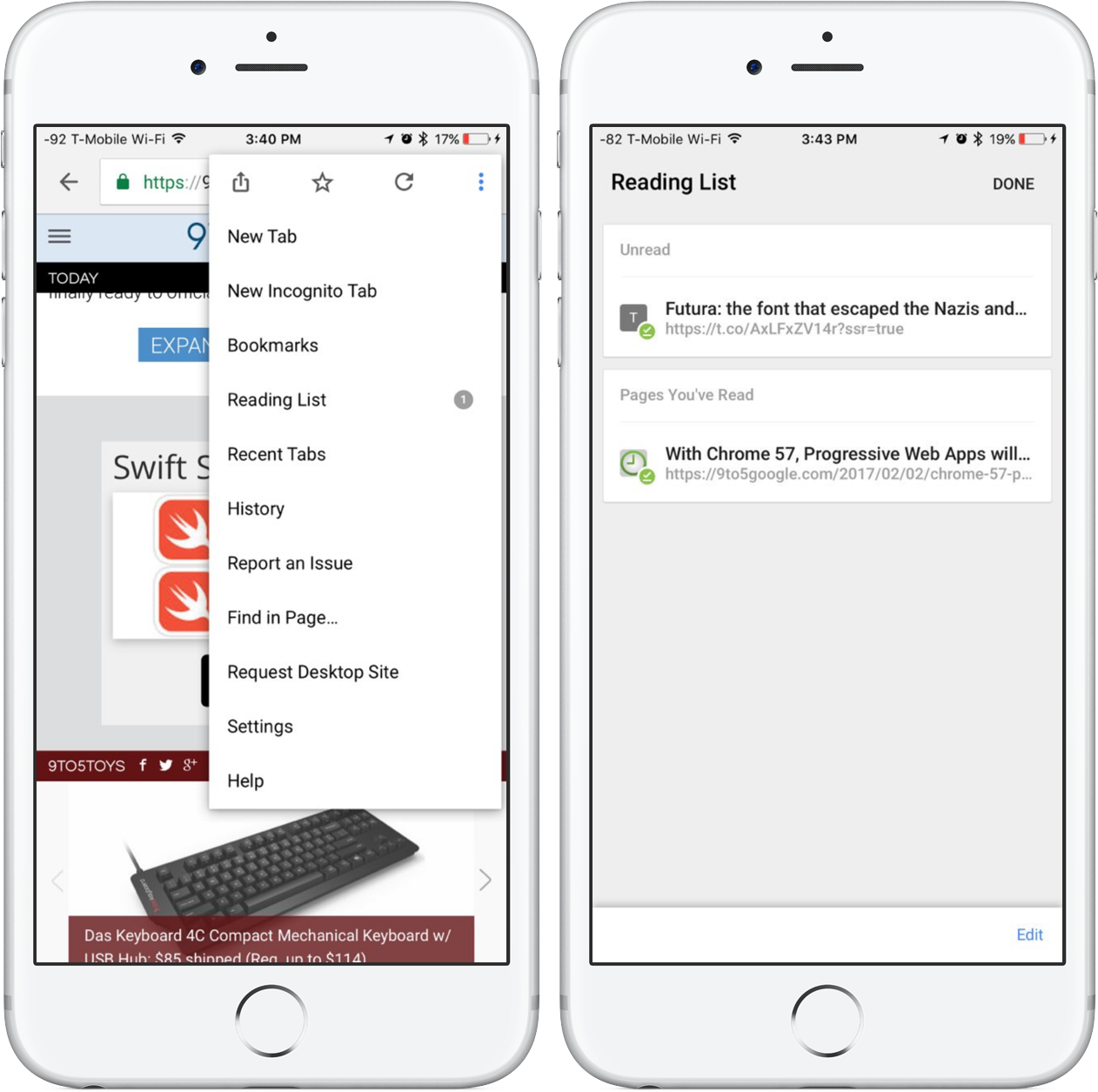 Google is currently testing this feature in the latest Chrome for iOS beta build so be sure to watch this space to be among the first to know when Chrome for iOS’s Reading List gets released for everyone.

As it stands, desktop versions of Chrome currently do not support this Reading List feature though a bunch of third-party extensions offer similar functionality. That being said, we’re guessing it’s being worked on so that users could access webpages saved on their iPhone and iPad from their Mac or Windows PC, and vice versa.