Some users of the mobile Facebook Messenger app have noticed that the empathetic Reaction emojis, which launched in the company’s mainland mobile app in February 2016, are now available to them inside the standalone messaging app, along with a brand now iMessage-like Dislike button that’s yet to launch in the main Facebook app.

To add a reaction to someone’s message in the mobile Messenger app or on the web at messenger.com, you just hover over a message and tap the emoji button to select from the available Reactions: Like, Dislike, Heart, Lol, Yay, Wow, Sad or Angry. Everyone in the message thread see the Reactions you post.

The app also offers the emoji counter below messages that you can tap to see a full list of who left which Reaction. It’s unclear whether the new Dislike button will be rolled out in the mainland Facebook app’s feed, too.

Facebook did bring the Dislike button to the comments. According to the social networking behemoth, people have used Reactions on Facebook over 300 billion times thus far, with Love making up more than half of all Reactions used. 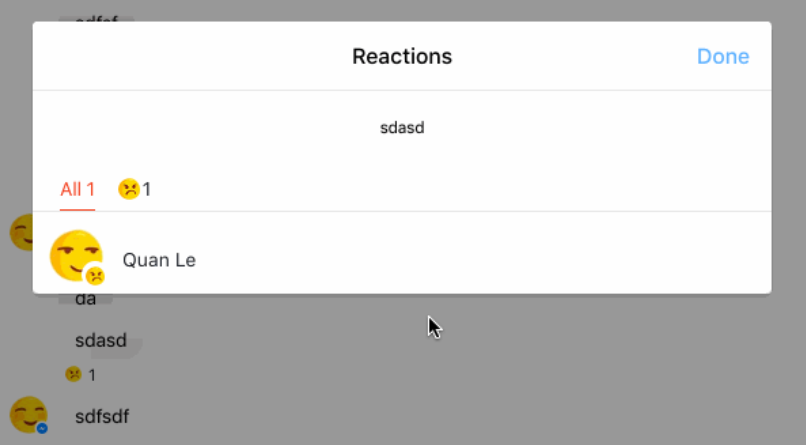 “We’re always testing ways to make Messenger more fun and engaging,” a spokesperson told TechCrunch. “This is a small test where we enable people to share an emoji that best represents their feelings on a message.”

Facebook did not specify when precisely Reactions in Messenger could roll out to all users, but do watch this space as we’ll be making sure to keep you in the loop.

In a nutshell, Facebook will soon let everyone attach these empathetic Reaction emojis to their friends’ messages the same way they do with News Feed posts. Aside from other enhancements, Apple’s expressive Messages app on iOS 10 brought out Tapback reactions to chat bubbles.