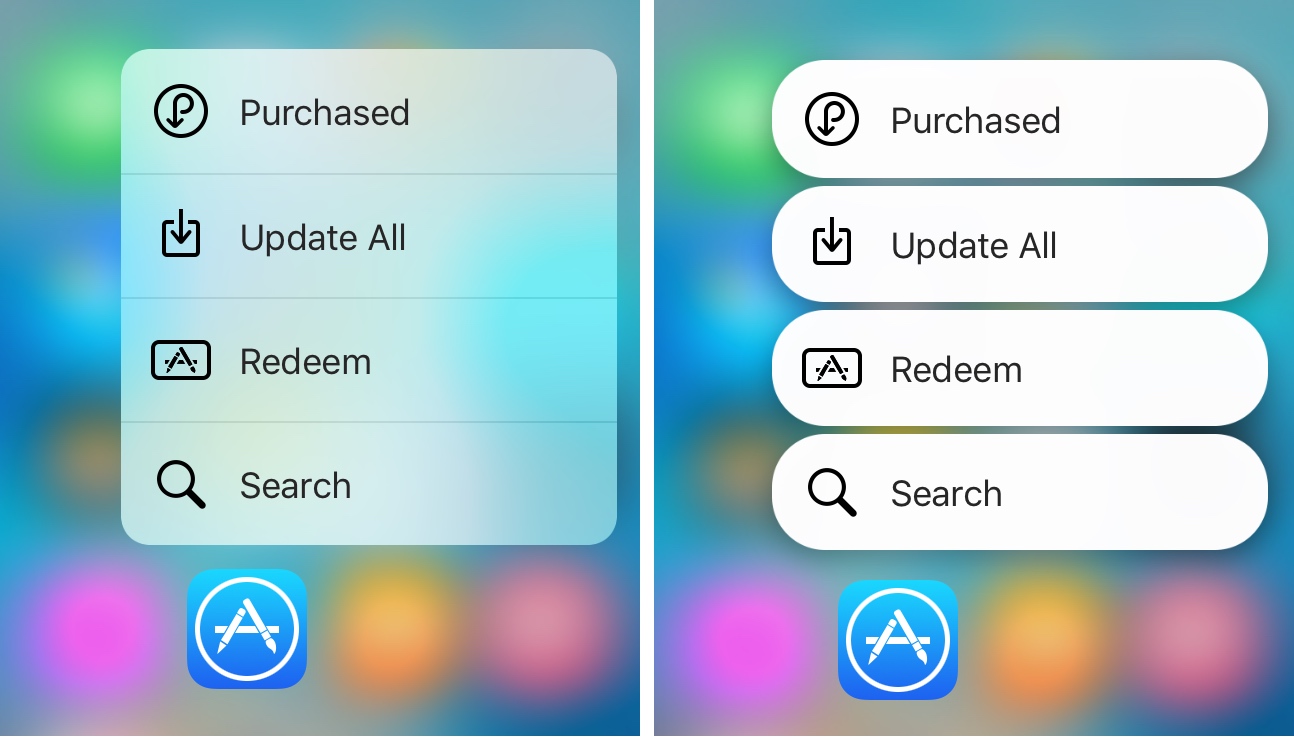 It seems almost like releasing jailbreak tweaks to make iOS look more like Android Nougat are becoming a trend.

The biggest aesthetics the tweak brings to iOS that will stand out the most are the separation of each of the menu items, the lack of transparency, and the customizable rounded corners.

NougatShortcuts adds a preferences pane to the Settings app where you’ll find some options you can tinker with: 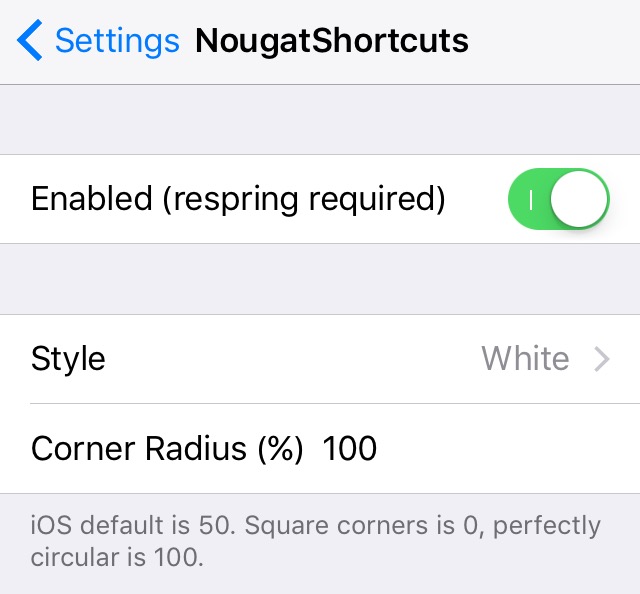 Here, you get a toggle switch for turning the tweak on or off on demand, as well as options for adjusting the style and the corner radius of your 3D Touch menu items. The higher percentage of corner radius you set, the rounder the menu items will look in the long run.

One thing worth noting is even if you don’t have a 3D Touch-enabled device, you can still use a tweak like Forcy to simulate 3D Touch gestures on the Home screen and NougatShortcuts will work fine. That said, just about anyone can use this tweak.

Because NougatShortcuts is an aesthetic tweak, I can’t speak for everyone when talking about how it improves or impairs the look of iOS, so that small detail will have to come down to how you want your device to look. Some people simply despise Android so much that they wouldn’t even consider using a tweak like this from the get-go.

Nevertheless, it’s still always cool to have options to choose from when you’re jailbroken and looking for tweaks to make your device stand out more from everyone else’s.

If you’re interested in trying NougatShortcuts, it can be downloaded from Cydia’s BigBoss repository right now for free.

One downside is that the tweak only works on iOS 9 devices, which unfortunately doesn’t include those who’ve jailbroken iOS 10 with Yalu. That said, you can’t use NougatShortcuts and NougatFolder together on the same device (yet).

Do you like the iOS-style or Android Nougat-style menus more? Share your thoughts in the comments below.