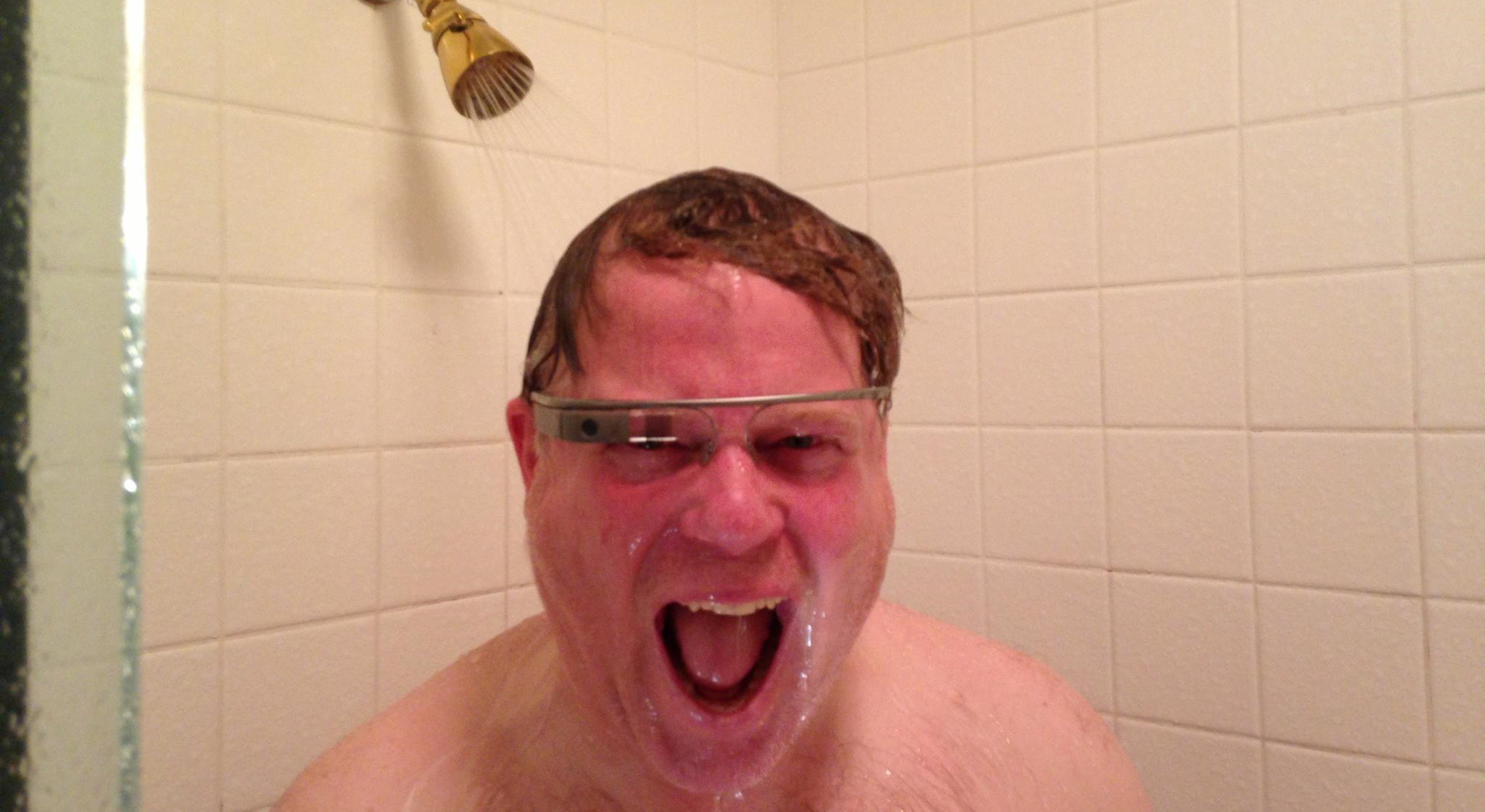 Will iPhone 8 knock our socks off with revolutionary virtual reality and augmented reality capabilities? I’m not sold yet, but that’s not stopping some people from making far-fetched speculations based solely on wishful thinking and little evidence. And what evidence has been presented thus far is very flimsy.

In January, blogger Robert Scoble ran a scoop claiming Apple had partnered with German lens specialists Carl Zeiss on a pair of digital glasses that would connect wirelessly to the next iPhone and display images and other information to the wearer.

Following today’s research from UBS’s Steve Milunovich saying Apple has 1,000 engineers working on a top secret project that would give the next iPhone 3D mapping capability using stereoscopic vision, Scoble told MacRumors that Apple is “readying a three-ounce pair of glasses that pair with iPhone 8 for mixed reality.”

We’ve heard about virtual reality (VR) and augmented reality (AR) before, so what’s this mixed reality (MR) business all about? According to Scoble, seen on the top photo wearing Google’s glasses under the shower, MR is basically a next-generation AR.

That’s a really poor explanation in my book so I’m definitely going to be using the prevalent term AR as a synonym for Scoble’s MR for the purposes of this article.

With good ol’ VR, you wear a bulky headset that completely isolates you from your surroundings—Sony’s VR headset for PlayStation 4 is a good example of that. Now contrast VR with AR, which superimposes computer graphics onto the real-world view, as seen through a phone camera or a pair of special glasses perched on one’s nose.

What Scoble is saying here is that MR will bring everything VR and AR do by having virtual worlds merged into your real world. Nomenclature aside, most observers agree that Apple is indeed working on some kind of VR/AR technology. The more gullible types swear that a pair of Apple-branded digital glasses is due in 2017.

So, who’s to say that what Scoble is saying is ridiculous (to put it mildly)?

For starters, Scoble is known as the biggest cheerleader for Google’s failed digital glasses project, pictured above—that’s a big minus in my book in terms of Scoble’s ability to accurately predict must-have consumer technologies.

I have a much bigger problem with Scoble’s highly controversial Facebook post claiming a Zeiss employee “confirmed the rumors” that Apple and Carl Zeiss AG had been working on a light pair of MR glasses that could be announced this year.

Well, that wasn’t really a rumor until Scoble created it!

For all we know, Scoble likely took Bloomberg’s November 2016 story about Apple allegedly working on a pair of smart glasses as a starting point for some of his more outrageous claims. A month before Bloomberg published its story, Scoble wrote on Facebook that iPhone 8 would be a clear piece of glass “with the compute in a strip at the bottom.”

In other words, Scoble is calling for a nearly fully transparent iPhone.

“The clear iPhone will put holograms on top of the real world like Microsoft HoloLens does,” he enthused while stating in the same breath that built-in eye sensors would bring “a new kind of user interface” to iPhone 8.

Great, but what about the battery? Just how is Apple going to squeeze a 3,000 mAh or so battery into a strip at the bottom? Scoble has an answer to that: both the battery and the antennae will be hidden around the edges of the screen.

If I were you, I’d take that with a few proverbial pinches of salt. 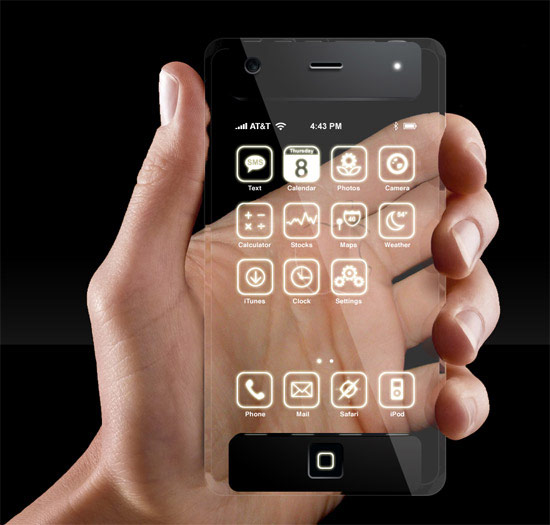 Furthermore, he’s convinced AR/VR on iPhone 8 will require some sort of a headset.

“You pop it into a headset which has eye sensors on it, which enables the next iPhone to have a higher apparent frame rate and polygon count than a PC with a Nvidia 1080 card in it,” as per his crazy post. The truth is, Scoble is right on one point—key to AR/VR is a new kind of 3D sensor that can see extremely small changes in depth.

“You’ll look through the glass in MR modes either in the headset or in your hand,” he continued before stating in unambiguous terms that “really amazing” VR/AR/MR is coming to an iPhone, and coming by the end of 2017!

“Apple’s entrance into this new world is like when IBM came into the personal computing world,” he said. “It is that important.” For context, here’s a video in which Scoble expounds his argument during an interview with the founder of Eyefluence.

For those wondering, Eyefluence is an eye-tracking company.

USB analyst Steve Milunovich wrote in today’s research note that iPhone 8’s advanced cameras will make it so you could hold the phone up with images “superimposed onto the screen in cars, rooms or walking down the street.”

That sounds more like it—just a regular augmented reality feature that could enhance apps like Apple Maps by superimposing stuff like street and business names, landmarks and more on top of live camera feed.

Like Scoble, Milunovich is adamant that key to this will be advanced 3D mapping technology, called Simultaneous Localization and Mapping (SLAM). Coincidentally or not, Apple in 2015 bought a startup called Metaio.

They had one of the most advanced SLAM-based AR engines available at the time.

Here’s a cool video demonstration dating back to 2011, where Metaio CTO Peter Meier puts a virtual dragon on the side of a building using an early version of his company’s AR technology. Metaio’s software was supposed to be built into other apps via a dedicated SDK before Apple snapped them up.

An excerpt from Milunovich’s note explains how SLAM could help the next iPhone implement features like AR, 3D sensing and 3D mapping in meaningful ways:

The device starts from one angle and collects points of data. As the device moves, it observes how objects shift and begins to fuse data to create an environment. As the 3D map is forming, the device begins to understand its own positon in the context of the environment it is trying to map.

iPhone 8 is expected to use sensors from PrimeSense, another Israeli startup acquired by Apple. PrimeSense created an advanced 3D imaging system-on-a-chip which was licensed to Microsoft’s Kinect and used in Google’s Project Tango AR platform.

At CES 2013, months before Apple bought PrimeSense, Scobble got a look at their sensor small enough to fit into mobile devices. It’s higher resolution than the Kinect one—actually, it’s so accurate it can tell how hard you are pressing on a surface.

For more on this sensor, check out Scoble’s interview with the founder of Primesense.

The phone itself has a next-generation 3D sensor from Primesense, which Apple bought. Apple has 600 engineers working in Israel on just the sensor.

It’s a big f*****g deal and will change this industry deeply.

Another thing PrimeSense’s tech might bring to the table: volumetric photography.

Augmenting, or possibly even completely replacing iPhone 7 Plus’s dual-lens camera, a PrimeSense chip would theoretically allow the user to take a photo and, using iPhone 8’s rumored VR/AR capabilities and hardware, walk around the 3D image they captured or lay the 3D image on top as a hologram.

While still on the topic, let me share a video from Pantomime showing how its multi-party AR software lets players interact with creatures in realistic AR worlds using just their iPhone or iPad, no special sensors required whatsoever.

Other crazy predictions on what Apple might announce in September 2017 can be gleaned from Scobble’s September 2016 Medium post—he’s basically saying Tim Cook & Co. are going to blow away the rest of the industry with a VR/AR-enabled iPhone.

There’s little doubt in my mind that Apple is working on VR/AR technologies.

That being said, however, I’m not buying any of the futuristic claims Scoble’s made over the past year or so. At this stage, there aren’t enough credible leaks and sources to support his thesis about iPhone 8 having supposedly revolutionary VR/AR capabilities.

What we do know for a fact is that Apple CEO Tim Cook has repeatedly expressed his interest in AR. Just recently, he was quoted calling AR “a big idea like the smartphone”.

For the sake of completeness, Cook did say that “there are things to discover before AR is good enough for the mainstream.” A few months ago, he called AR “profound” because it has the potential to “amplify” human contact, as opposed to VR.

As things currently stand, I remain unconvinced that most of us will be wearing mixed reality glasses a few years from now. On the other hand: please, Apple, prove me wrong and release something AR-related soon.

Does Apple have a brand you want on your face?

Chime in with your thoughts in comments.