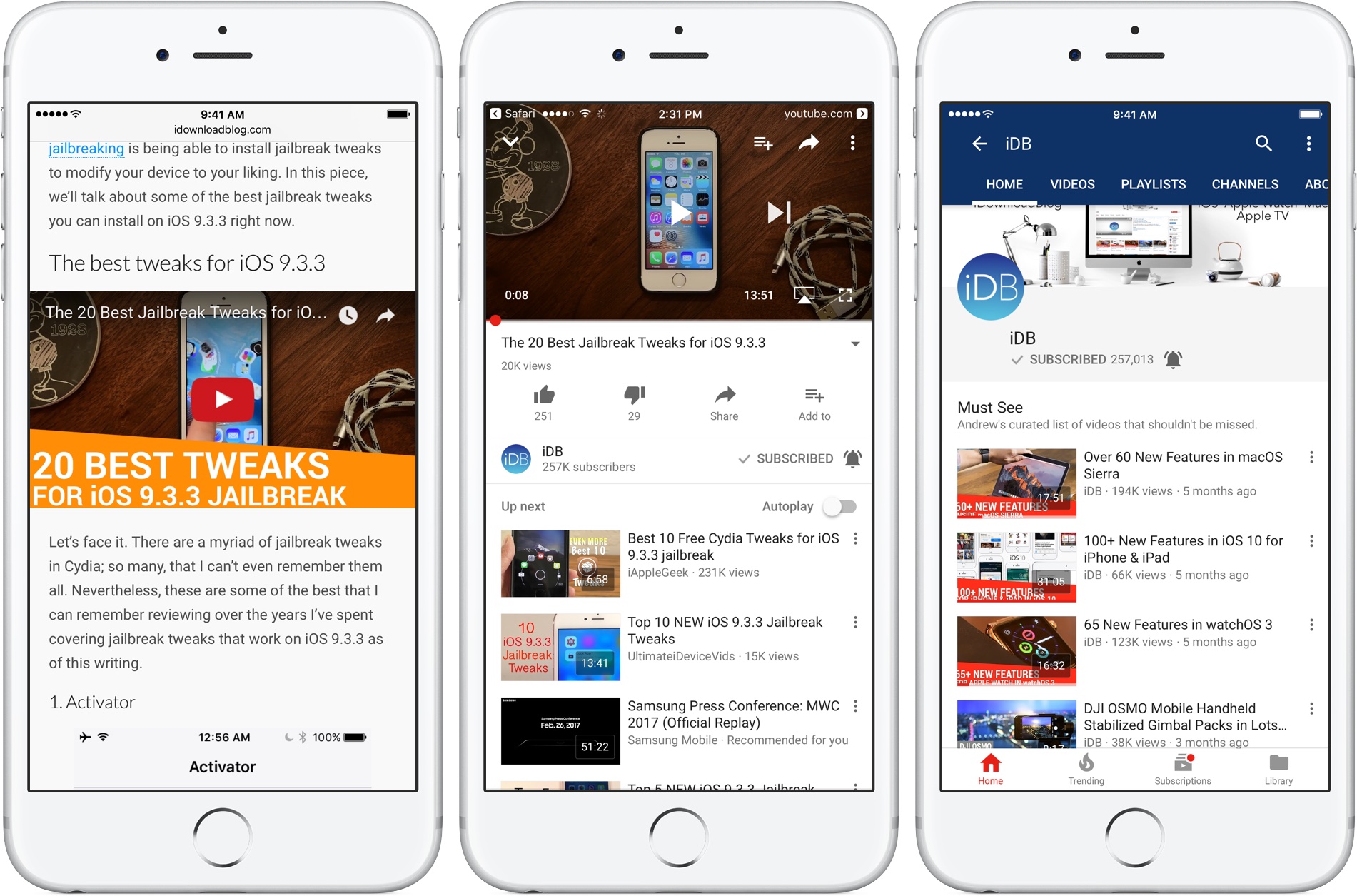 Google’s mobile YouTube app takes advantage of iOS’s deep linking capability to automatically launch itself when a user taps a video URL in their browser. That useful feature doesn’t always work as intended, however, prompting Google to push an update to YouTube for iPhone and iPad to rectify this. If clicking a YouTube link in Safari or Chrome doesn’t launch the app and iOS doesn’t display the “Open this page in YouTube?” pop-up, be sure to update your copy of YouTube for iOS to version 12.07.

“Links to YouTube videos now open in the app instead of the browser for a better viewing experience,” notes Google in release notes. If you prefer to stay in the browser, simply tap the “youtube.com >” link in the app’s top right corner.

Google has been testing this feature with a subset of users, meaning you may have had it for some time now. Aside from this change, the latest version of YouTube for iOS removed confirmation when discarding an empty comment.

The previous update fixed an uncommon issue causing the app to become unresponsive after opening. And if you’re on iOS 7 and previously installed the YouTube app, you can now reinstall the latest available version.

Other new features were recently introduced as well, including the ability to browse other videos in fullscreen mode and skip forward and back ten seconds by double-tapping on either side of the video player.

Grab YouTube for iOS from App Store for free.