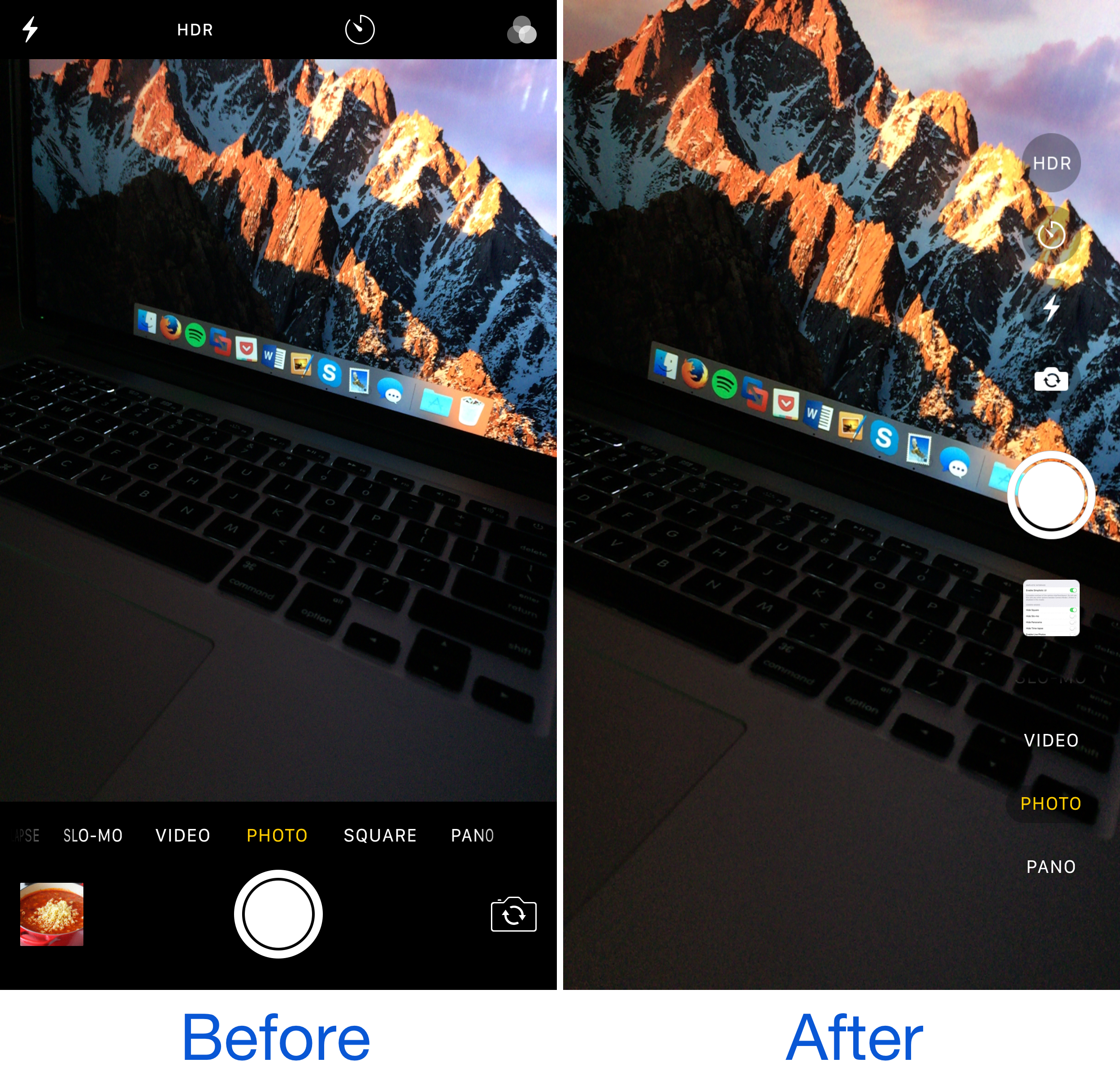 The Camera app is something that a lot of iPhone users will open and use every single day, sometimes multiple times per day. The convenience of a point-and-shoot camera app at your fingertips, anywhere you go, is nothing short of a technological miracle that comes standard on today’s modern mobile devices.

On the other hand, as Apple introduces more features into the Camera app with each iOS release, the interface becomes more cluttered with features you may or may not use, and that’s why a new free jailbreak tweak called Camera Tools by developer Justin Petkovic has just been released in Cydia.

As you can see above, Camera Tools can make some pretty extensive changes to the Camera app that may or may not look better depending on two things: 1) the way you use it; and 2) how much of a minimalist you consider yourself to be.

The tweak comes with a toolbox of options to work with, so even if you don’t like the configuration we’ve picked out above, you can always mix and match the options that are available to your own tastes and get the look and feel you’re after.

To do that, you simply go to the Camera Tools preferences pane from the Settings app after installing the tweak. There, you’ll find all of the following options:

Among the list of settings you can fiddle with are:

Some of these options can actually be really convenient for a number of users who want to reduce the amount of swipes they have to use to get to the camera modes they use the most. For example, not everyone uses the Square mode, or the panorama mode. Rather, they just use their iPhones for point-and-shoot photography and recording videos, so hiding the unused sections can be quite useful by reducing the finger work it takes to get to the mode you want.

We also found that the vertical camera mode switcher, which is shown in our screenshots above, is much cooler looking than the stock Camera app UI. This feature alone is something that might push the bill for a number of jailbreakers who are looking at the screenshots and saying, “dang, I wish I had that!”

Fortunately, you won’t have to spend any money to enjoy all this modification, as Camera Tools can be downloaded from Cydia’s BigBoss repository for free. If you’re jailbroken on iOS 9 or iOS 10, you can head there right now and give it a whirl.

Are you impressed with what Camera Tools can do with the Camera app on your iPhone? Share why or why not in the comments section below.