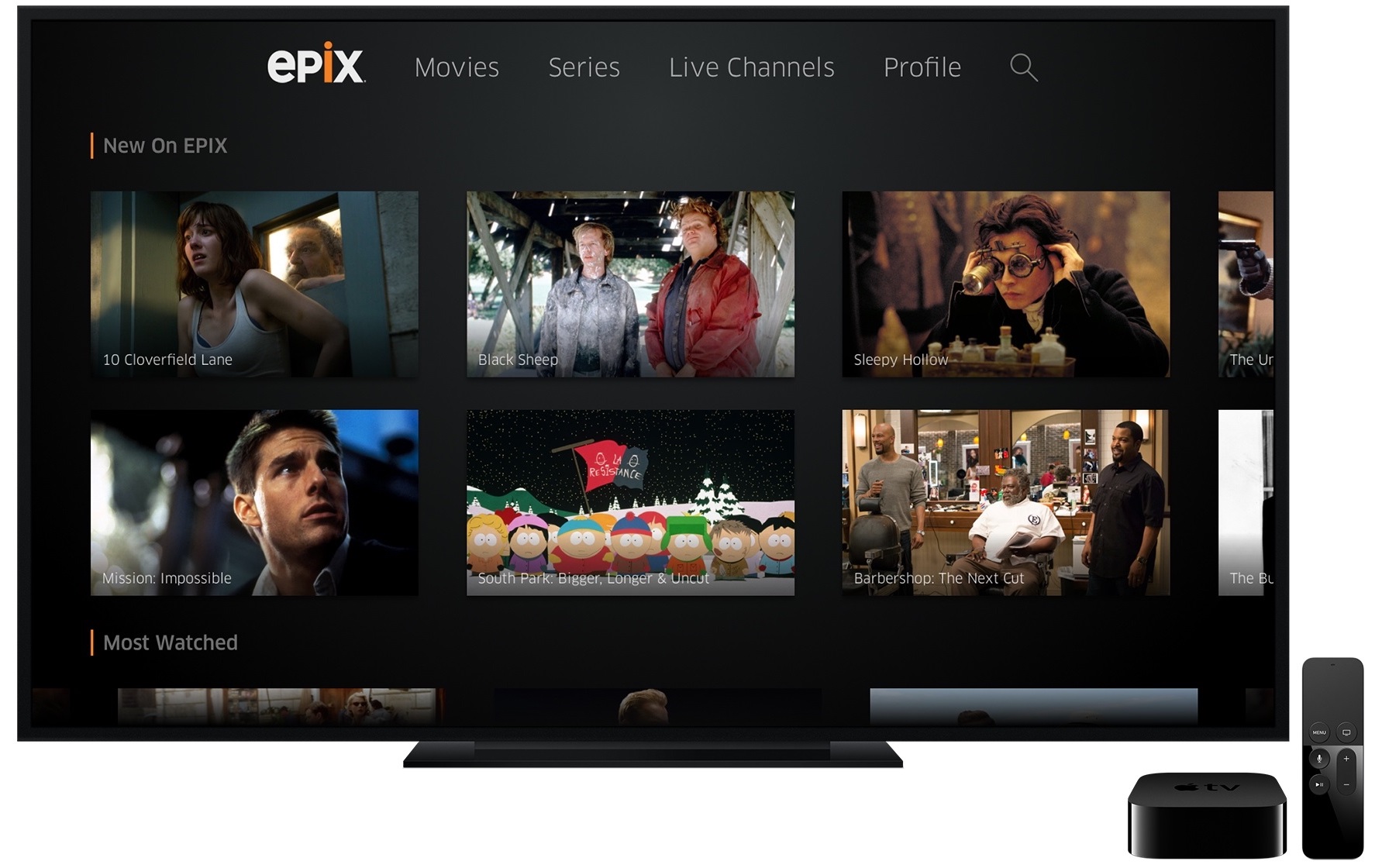 Premium entertainment network Epix today announced its new app for the fourth-generation Apple TV is now available for download on App Store. Similar in terms of features and appearance to their iPhone and iPad app, the Apple TV app permits owners of Apple’s media-streaming box to watch live television, browse movie trailers, add videos to a queue, watch thousands of movies on demand and more.

Other capabilities include curated collections, advanced search and video playback features, free sampling and more. As mentioned, non-subscribers will be treated to a limited four-week free trial of the app exclusively through Apple TV. After the free trial expires, users must sign up for Epix through a pay-TV partner.

For details about signing up, visit the official Epix website.

With this app, subscribers can enjoy Epix’s original series “Berlin Station” and “Graves” and documentaries like “America Divided,” more than 2,000 movies including film franchises like “The Hunger Games”, “James Bond” and “Star Trek,” as well as music and comedy events featuring Katy Perry, Louis CK, Wanda Sykes and others.

“Apple has been a renowned leader in shaping the digital landscape and I’m proud to make our content available on Apple TV,” Mark Greenberg, President and CEO of Epix, said in a prepared statement.

The app does not support Apple’s Single-sign on feature as of yet.

As noted by Variety,  Lionsgate is in talks to sell its 31 percent stake in Epix to MGM and Viacom, following Lionsgate’s acquisition of Starz.

Epix also has a dedicated iPhone and iPad app on App Store which contains all of the features found in its Apple TV counterpart, plus additional perks like offline viewing, 3D Touch support, Split View multitasking and picture-in-picture integration.

Aside from the iPhone, iPad and Apple TV devices, Epix is available on the Xbox and PlayStation consoles, Android phones and tablets, Roku, TiVo and Android TV players, on Google’s Chromecast and via the web.

Grab Epix for Apple TV from App Store at no charge.