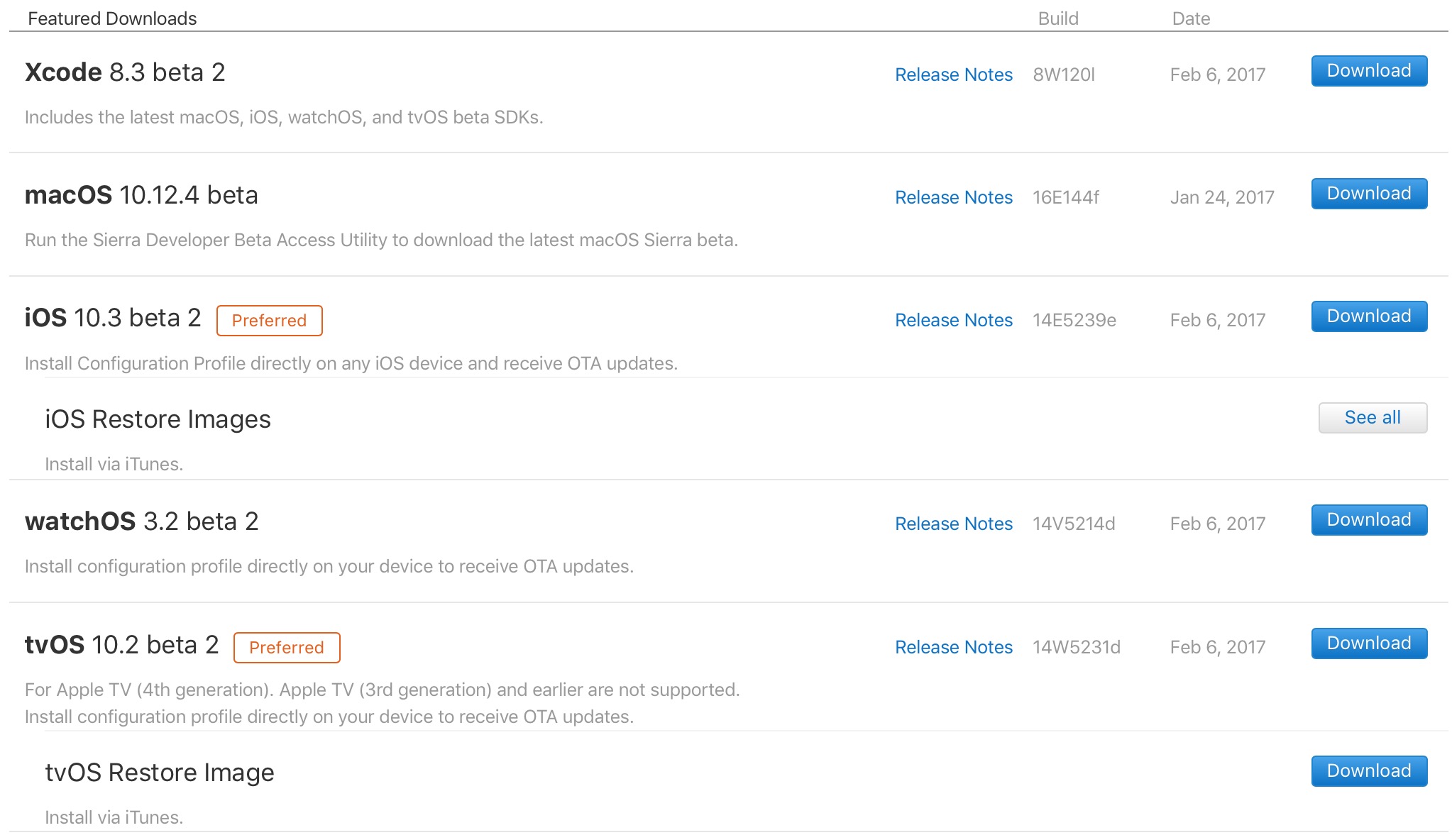 The latest betas arrived two weeks after iOS 10.3 launched for developer testing and a week following the first beta of watchOS 3.2. tvOS 10.2 beta 1 arrived on January 24.

iOS 10.3 includes a bunch of new features and under-the-hood tweaks, including one that lets owners of AirPods to locate their misplaced earbud. Additionally, a one-handed floating iPad keyboard was discovered in iOS 10.3 code, but there’s no telling whether the software update will enable it for everyone when it launches publicly.

It’s been discovered that iOS 10.3 will permit third-party apps to update their icon on the Home screen dynamically without requiring an update. This feature should allow apps to convey various states through the Home screen icon. For instance, an app’s icon could change when you upgrade to the full version via the In-App Purchase mechanism.

Check out our article for the full list of improvements in iOS 10.3.

watchOS 3.2 brings a new Theater Mode to your Apple Watch.

Invoked via a new toggle in Control Center, Theater Mode puts your Apple Watch into silent mode while keeping the screen dark until you hit one of the buttons, or the screen.

Aside from Theater Mode, watchOS 3.2 will let you control your favorite watch apps with Siri so you can accomplish things like send a message, make a payment, book a ride, start a workout, call a contact or search photos just by using your voice.

Be sure to read our coverage of Theater Mode in watchOS 3.2.

Don’t forget to subscribe to iDownloadBlog on YouTube if you haven’t already and please tap the bell icon to receive a notification when we push a new video to our channel.

Last week, the company informed its registered developers that beginning February 13, 2017 a new certificate for server-based Game Center Player ID verification will be available as the previous certificate is set to expire soon. Apps that cache the certificate or hardcode the certificate URL may require an update.