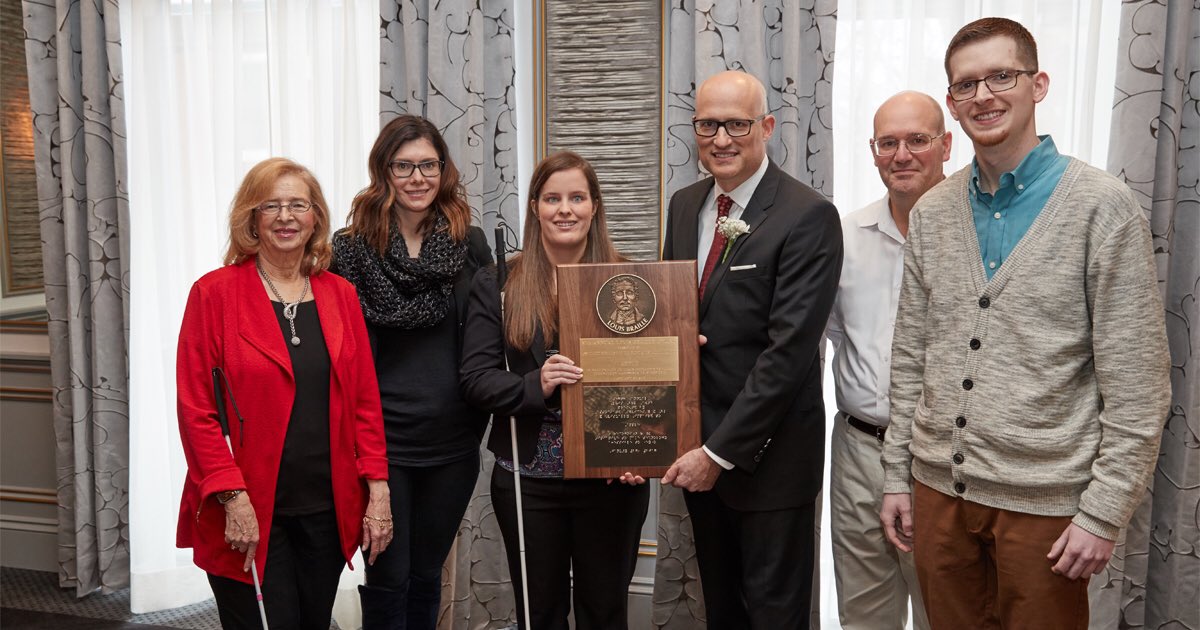 Apple has long been praised for its efforts in device accessibility. Back in 2015, for example, they received the American Foundation for the Blind’s Helen Keller Achievement Award for the VoiceOver screen reader technology. The various Accessibility features available on iOS, macOS, watchOS and tvOS have now earned Apple the Louis Braille Award from the Associated Services for the Blind and Visually Impaired (ASB).

The company’s won this award for its work on assistive technologies across iPhone, iPad, Apple Watch and Mac devices. Available since 1959, ASB has annually bestowed the Louis Braille Award to honor individuals and organizations that have made significant contributions on behalf of individuals who are blind or visually impaired. Proceeds raised from the awards ceremony directly benefit ASB’s programs and services.

Jordyn Castor, shown on the photo top of post in the middle, was among several Apple engineers who accepted the award on behalf of the company. Castor, who has been blind since birth, detailed how her team helped advance Apple’s Accessibility features for the blind in a July 2016 interview with Mashable.

Apple’s boss Tim Cook said in a tweet issued Friday that he was proud of his team’s dedication to Accessibility technologies.

“Apple built the world’s first full featured screen reader directly into an operating system in the Mac, made the first touchscreen accessible with iPhone and delivered the first accessible consumer wearable with Apple Watch—all built to be set-up out-of-the box without sighted assistance,” noted ASB.

The company’s efforts in device accessibility include built-in support in macOS and iOS for braille tables for more than 25 languages and plug-and-play connectivity for over 70 models of refreshable braille displays. Full details on Apple’s work on assistive technologies can be found at the company’s dedicated Accessibility webpage. 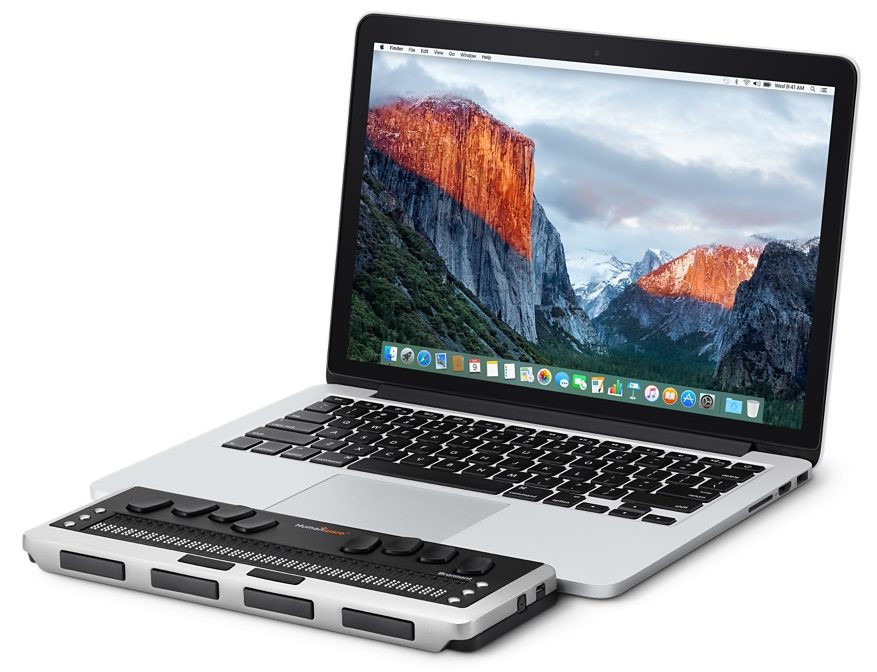 The Louis Braille Award has also been given to people who are blind or visually impaired who have overcome great odds to make outstanding achievements and have provided inspiration to others living with a visual disability.