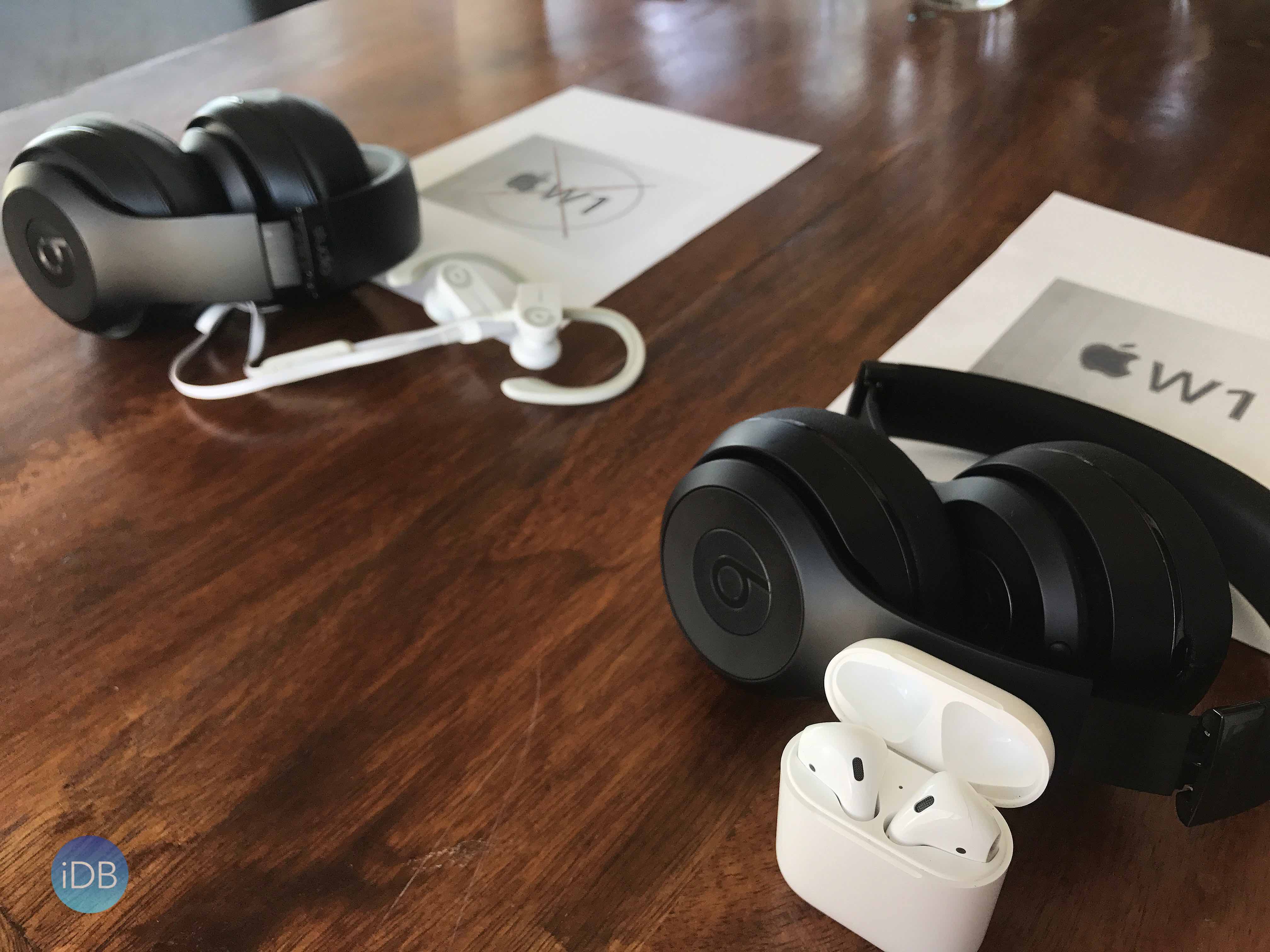 Much has been said about the virtues of the W1 chip Apple started baking into their latest wireless Beats line-up and of course the AirPods. By now we know for sure that W1 facilitates a much faster pairing process, as do we know that the chip significantly amplifies both battery life and conservation techniques. What’s less prominently talked about – at least from official sides – is the operating range of these wireless headphones and the presumed effect the W1 chip addition has had on that benchmark.

For I felt information on the internet was just a bit too murky to count on, I decided to take it upon myself and conduct a little experiment: I packed my rucksack with four headphones (two of which boast the new W1 chip) and headed to a nearby park in order to pit them against each other. Pairing them one after another and then slowly making a bee-line for the opposite direction, one thing quickly became clear: the results for the maximum distance obtainable aren’t surprising in terms of order, but they definitely are in their clarity.

The four headphones deployed in my test can be classified as two none-W1 chip headphones (PowerBeats 2, Beats Studio Wireless) and two W1 chip headphones (AirPods, Beats Solo3). After locating a tall enough post to place my bag (and iPad Air 2 that will be paired with each headphone), I started pacing up and down the field to measure out distances. Small cones were dropped every 5 meters (16.4ft) at first (sorry, Australians do predominantly count metric, but conversions to feet will be provided at all times), later on removed periodically to extend the distances measured beyond 300ft. For your orientation, the picture below shows the vantage point back to the post (bag) from the second cone, meaning around 10m (ca. 32ft) to the post, halved by the red cone at 5m (ca. 16ft). With the exception of the first picture below, all other photos have the intermittent ones (5m steps) removed and each cone will represent an additional 10m (ca. 32ft) step.

The stage is set. I will kick off the experiment with the two last generation headphones (none-W1 chip), pair them with the iPad, play a tune and slowly increase the distance to my base. I set out to determine two things: the maximum optimal range of the headphones (music plays steadily, no dropouts) first, followed by the absolute maximum range (tolerating interference and dropouts) second. Afterwards, the W1 chip headphones will be put through their paces. At this point I’m still taking bets as to who will go the farthest. 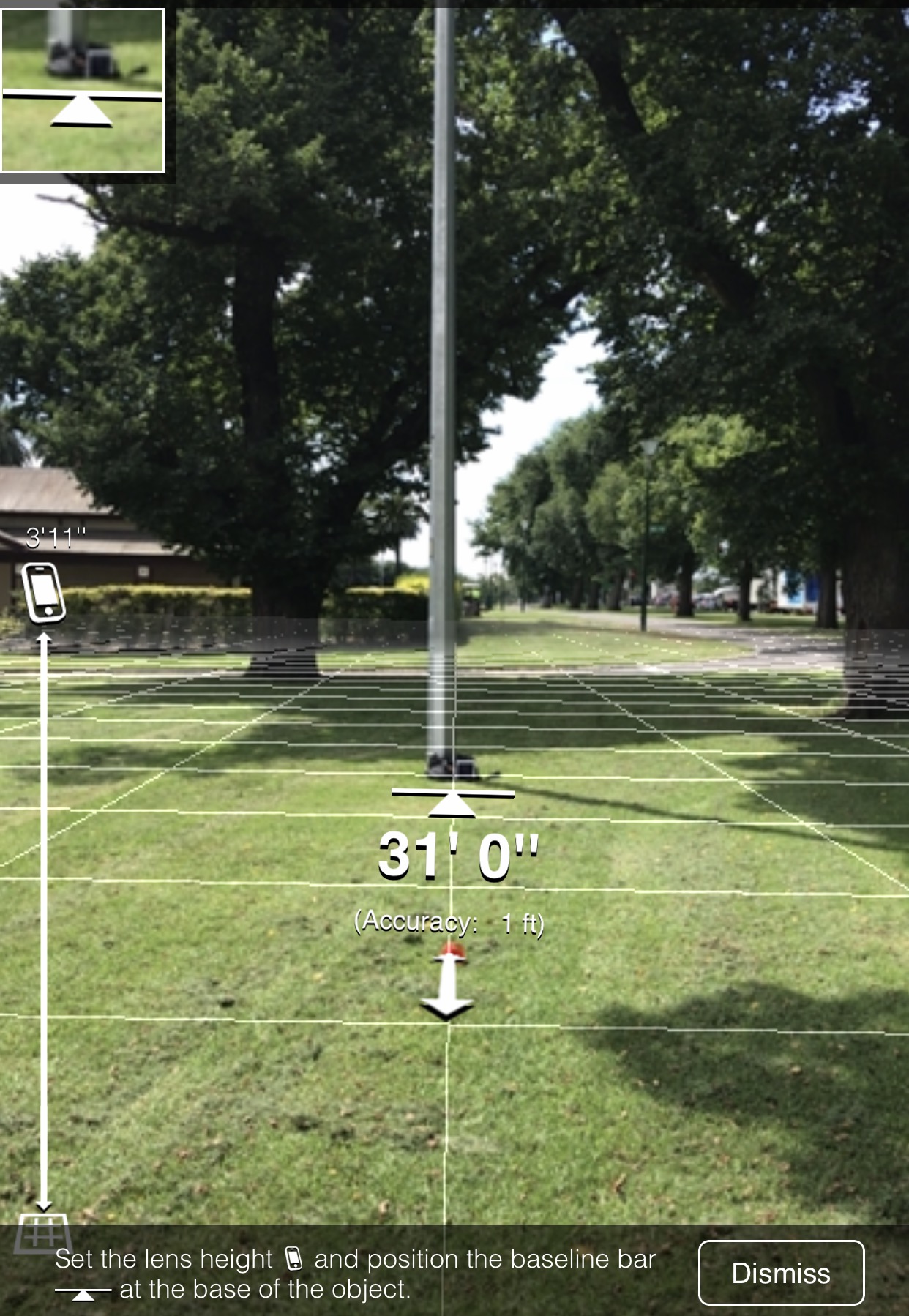 Final remarks on veracity of the test

To preempt at least some comments expressing concerns regarding the accuracy of the results, let me make one last interjection before we proceed. Naturally, this is not going to yield the sort of stuff you can put on a specs sheet afterwards, however it is a first hand, real life experiment and that by all means should count for something.

To assure repeatability of the outcome as much as I can, the following measures were taken:

It goes without saying that other factors (such as the wind, other external conditions) cannot be fully eliminated, therefore as always on the internet, take the results with a grain of salt. 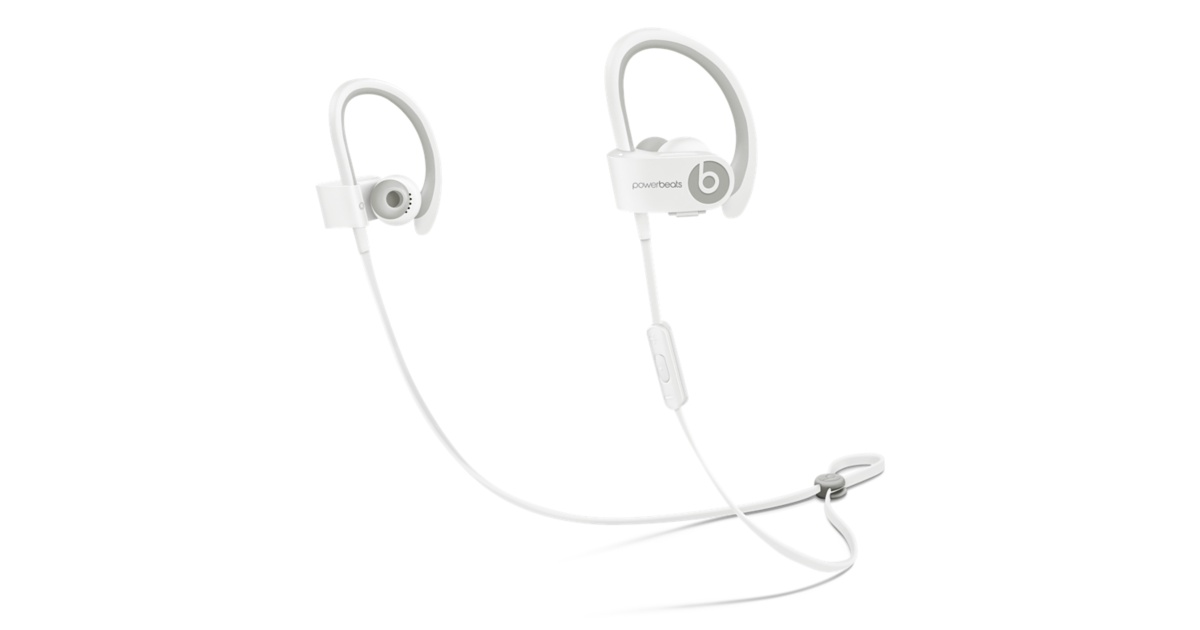 20ft mark (6m)
The PowerBeats are doing their job. A good 20ft away from the iPad, they dutifully blast my music. No interference or sign of struggle.

50ft mark (15m)
Pretty much right at the 15m marker, the PowerBeats cut out. The break in music lasts for a couple of seconds and I’m starting to think that they’re done and dusted already. After a while, music picks up again. Granted they’re on again, but the music now stutters occasionally, meaning we have hit the ceiling for optimal range.

100ft mark (30m)
A few steps beyond the 100ft mark (somewhere between 30m and 35m) the dropouts become intolerable, music is inaudible for long stretches. PowerBeats over and out, maximum range is determined. 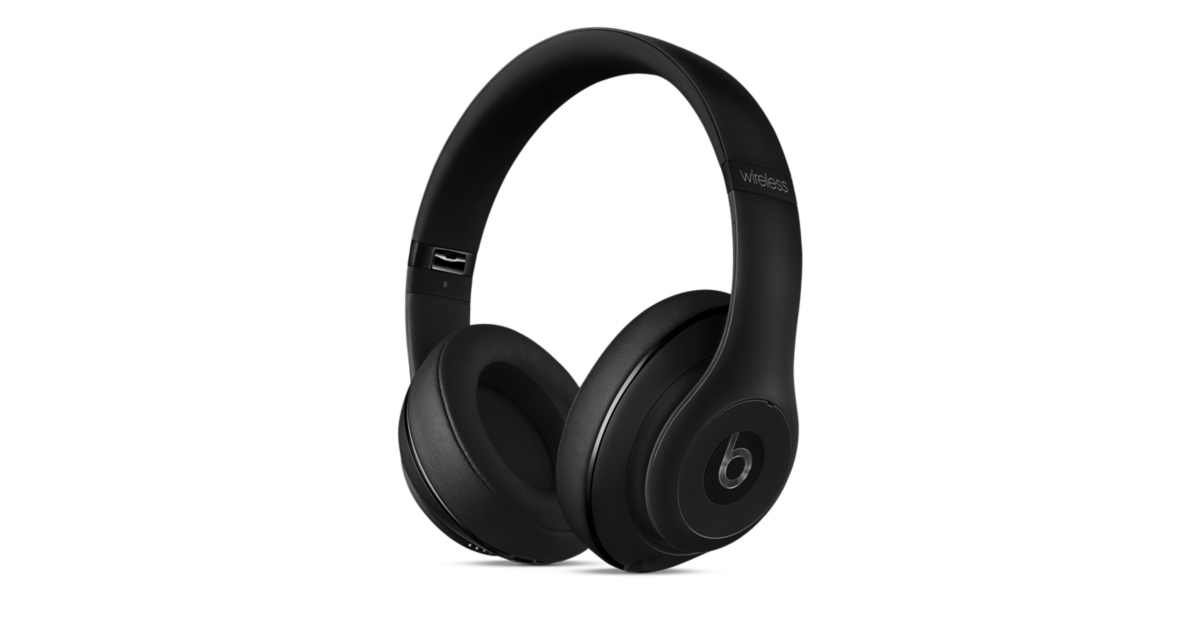 20ft mark (6m)
The Studios are gleefully and confidently playing away.

50ft mark (15m)
Half expecting the transmission to fall off a cliff at the 15m cone, I am astonished to step past the point without noticeable disturbances. A couple of feet later, there’s a single crackle but it feels more like a quick adjustment and immediately after, interference-free music is back on my ears.

I am able to walk notably farther before the music is interrupted again, that said a few steps beyond 20m (ca. 65ft) and the stutter becomes a little too regular. Optimal range maximum is reached.

100ft mark (30m)
There are no major dropouts as you would have with PowerBeats, but the stutter is definitely turning into a nuisance. The Studios do seem to hold up a little better with the music playing more steadily, they also bounce back quicker from intermissions. At about 147ft (45m), the Studios eventually cave in (=max range).

Here is an impression of the two contenders so far: 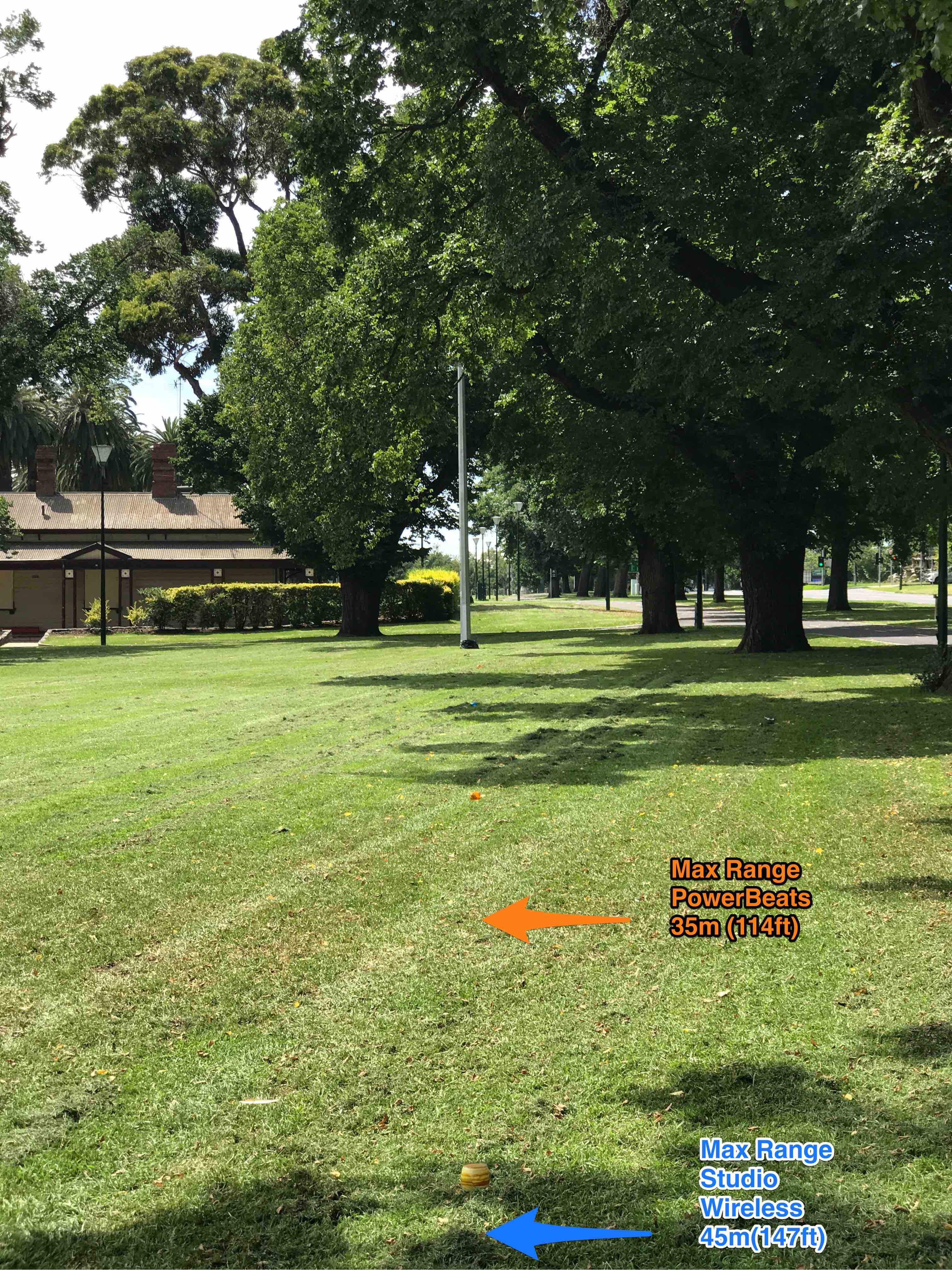 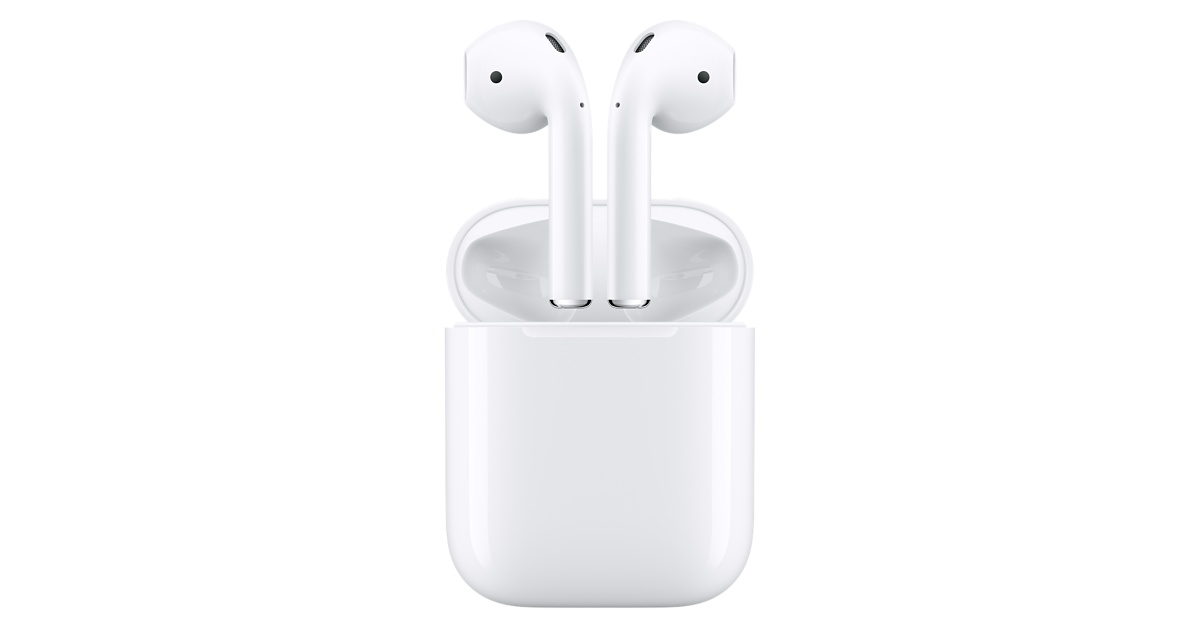 20ft mark (6m)
The first W1-featuring headphones in the mix obviously paired a lot quicker and I’m off again, not worrying much about reaching the first yardstick. They don’t let me down.

50ft mark (15m)
Closing in on the 15m cone, AirPods already prove their edge over the older gen, unwaveringly playing my tunes as I pass the cone. No hiccups thus far.

100ft mark (30m)
Almost on cue, there’s a first brief interruption in playback at about 100ft away from the iPad. They recover quickly though, so I’m not willing to call it just yet.

115ft mark (35m)
One more cone down and stutter and noise kick in. A few inches past the 115ft (35m) mark, the optimal operating range has clearly been surpassed.

150ft mark (45m)
You can mock the AirPods all day long for their looks, but they are unquestionably resilient little things: I have gotten to the point where the Beats Studios have bitten the dust and the AirPods are still hanging in there. Another 5 meters later, the dropouts are coming in thick and fast. At 55 meters in total (>180ft!), the show is over. Maximum range. 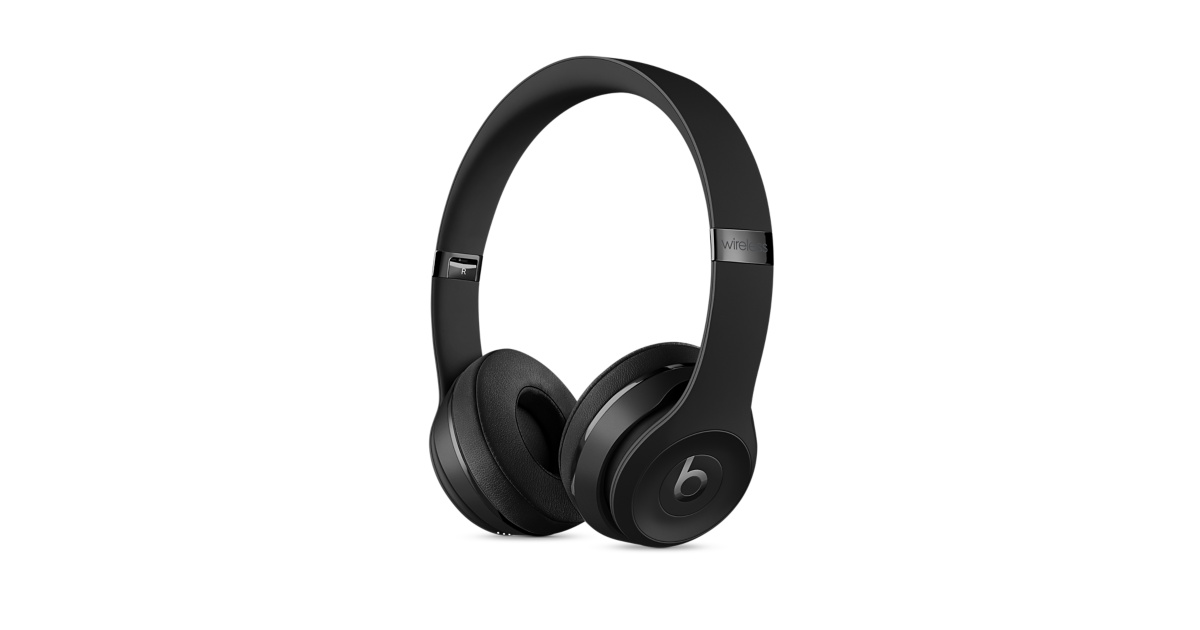 100ft mark (30m)
Similar to what the Beats Studios did, there’s a short bump which more than anything appears to get the music back in sync (perhaps on a better frequency). Thereafter, music blares as if nothing had happened. I am mildly impressed.

115ft mark (35m)
My respect for the Solo3 headphones grows with every step. Except for the single one mishap, there are still zero interruptions.

150ft mark (45m)
Color me amazed. When the none-W1 chip headphones were long out and AirPods holding on for dear life, the Solo3s unperturbedly keep doing their work.

200ft mark (61m)
I would like to swap a letter and go from mildly to wildly impressed: as I start to lose sight of my backpack (figuratively), my Solo3s and I are still going strong. At 65m (213ft!), stutter (finally) sets in. The cap for optimal operating range seems to have been found. But we’re not done here.

300ft mark (91m)
It looks like the Solo3 headphones aren’t only stupendously capable in the battery department but also great at receiving signals from considerable distances. I kept steadily walking backwards (looking more and more incredulous), a little after 100m (328ft) the disruptions eventually got the upper hand, so I decided to peg that as the maximum operable range. 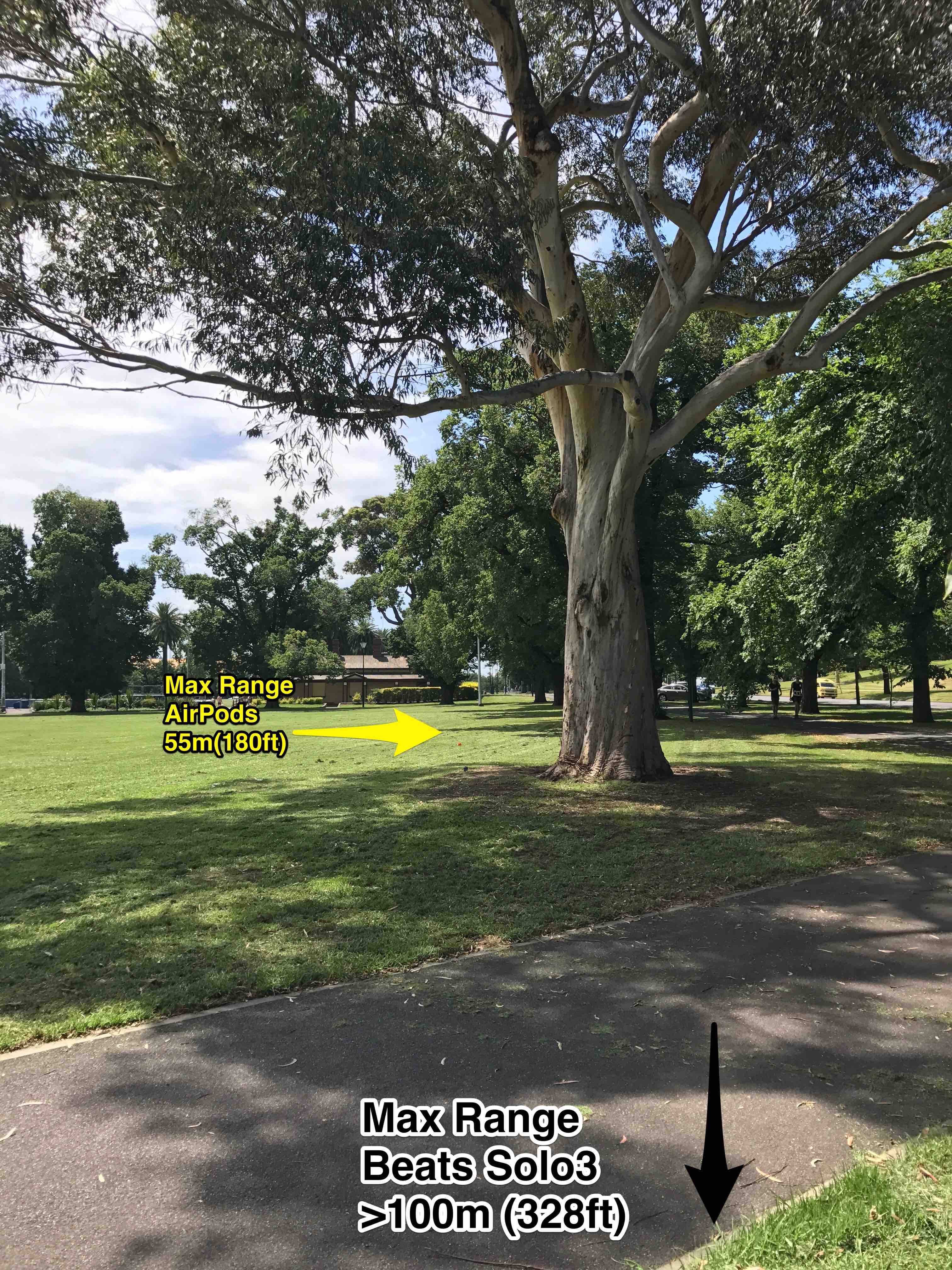 To comprehensively patch together the findings above, the following infographic has been conceived to visualize and round off this excursion nicely. Here’s to hoping that with the assistance of the photos above and map below you get a good spacial understanding of the set-up and execution. 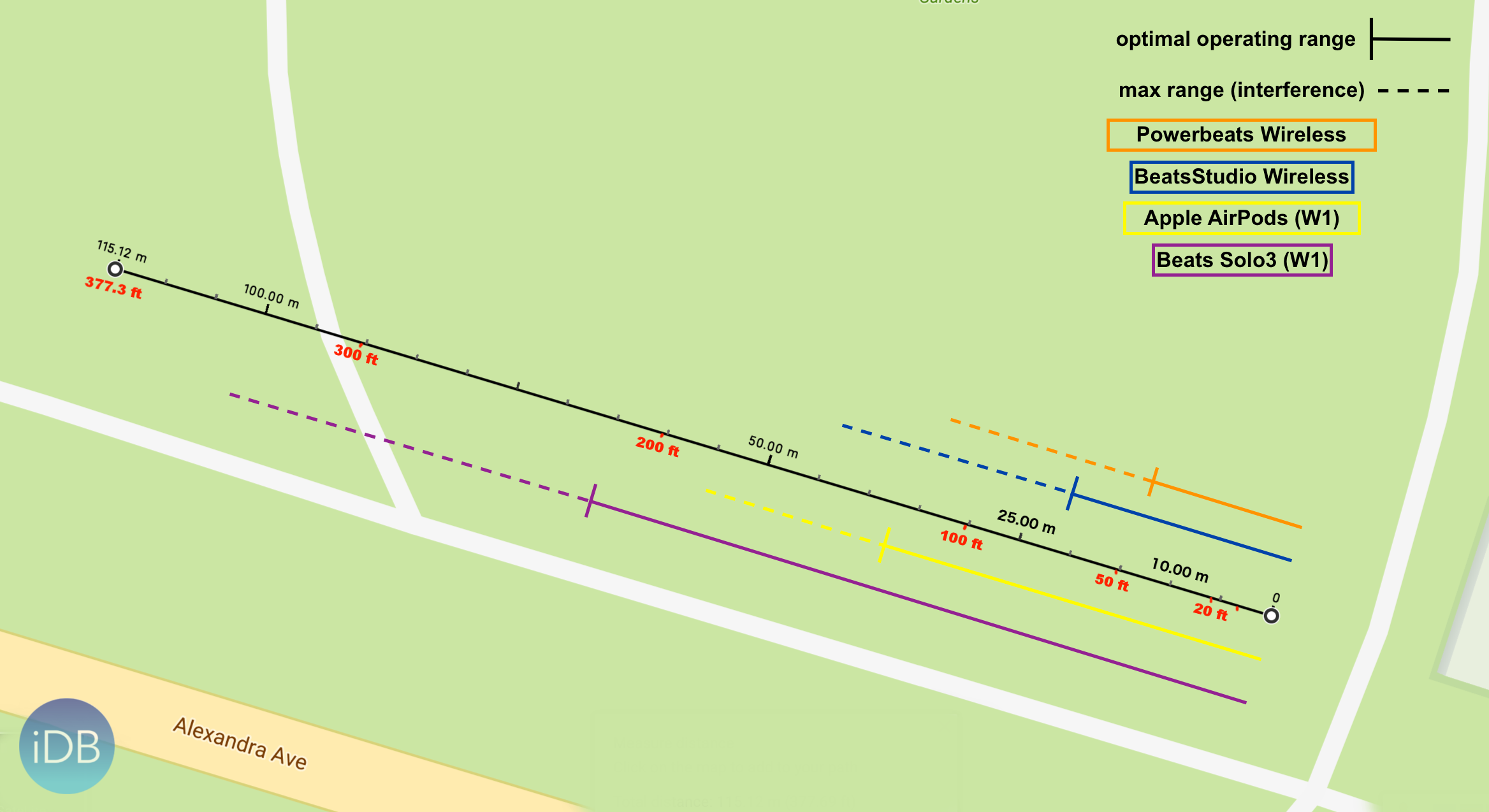 Translated to bare numbers, the results look as follows:

The key message to take home is that the Beats Solo3 win this little contest by leaps and bounds, really blowing the competition out of the water. Apple have evidently put a lot of effort into stuffing this little miracle of technology to the brim with batteries and sensors, which gets me excited for the next Beats Studio product, which is hopefully slated to drop at some point in 2017.

Aside from that, as expected the W1-chip delivers a clearly superior performance over the older generation of headphones. Mind you this is not breaking news, but putting a number on the walkable range does give you a better feeling for what these devices can and cannot pull off, which might help you quite a bit come your next purchase decision.

Did you expect the Solo3 headphones to outmatch the other contenders by such a margin? Let us know in the comments!