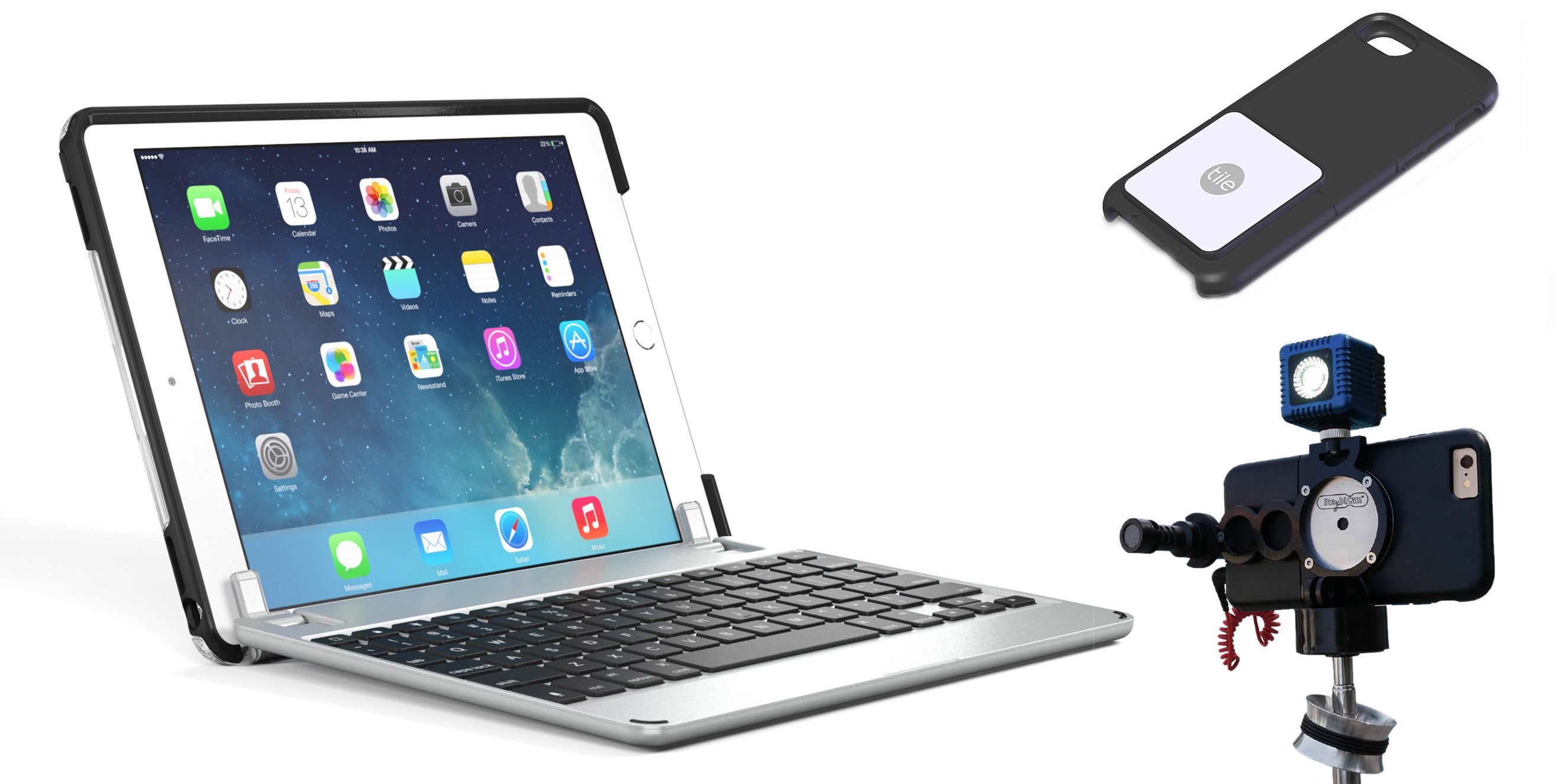 OtterBox’s popular uniVERSE modular case system for the iPhone 6 and later will soon be expanding to the iPad. The company has announced its plans to launch a new case soon for the iPad Air 2 and 9.7-inch iPad Pro specifically, along with a number of new accessories to complement them.

All uniVERSE case systems are designed so you can add or remove compatible accessories to your device, such as camera lenses, external batteries, and tripods among other kinds of things thanks to special adapters built into the back of the case.

As you can imagine, OtterBox’s upcoming iPad case variants will be no different. They’ll be sporting similar connective adapters on the backs of them so that compatible accessories can be snapped onto your device with ease. More importantly, because the iPad has more surface area than an iPhone, there will be multiple access points for accessories.

When it comes to the kinds of accessories that you can use with uniVERSE, the sky is the limit. Accessory makers can take OtterBox’s standard schematic and design their product around it. Literally any kind of accessory you can think of can be made to fit uniVERSE, as long as a company is willing to produce for it; so far, many brand names already have.

OtterBox is participating in CES 2017 and has already announced several partners that it plans to work with to provide more uniVERSE-compatible accessories. Among the new accessories are:

Some of the accessories are designed specifically for the iPad, while others are a continuation of the existing lineup for iPhones.

iPad variants of the OtterBox uniVERSE case are expected to become available in the first quarter of 2017 and will be available for $79.99. Accessories are sold separately and their prices vary. The Brydge 9.7 Bluetooth keyboard for the iPad, for example, will retail for $129.99.

We’ve shown you the OtterBox uniVERSE case system for the iPhone when we went hands-on with it in the past. To say the least, OtterBox’s uniVERSE system was quite the Swiss Army knife of iPhone cases.

We can only imagine how this kind of maneuverability will benefit iPad users, especially those who take their tablets out into the world to use them at work or for personal needs.

Are you interested in ordering a uniVERSE case system for your iPad when the time comes? Share below.