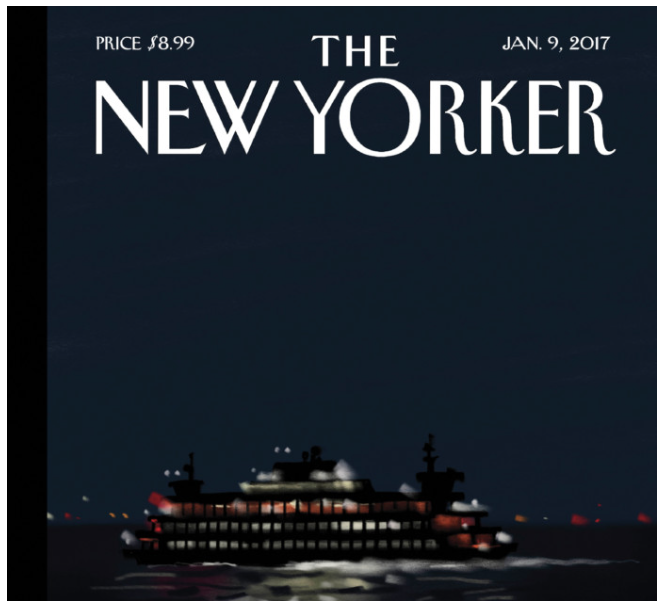 The latest cover of the popular New Yorker magazine was drawn on an iPad. The artist, Jorge Colombo, used an iPad Pro, an Apple Pencil stylus and the app Procreate to sketch the image for the New Yorker’s cover story “Waterways.”

Colombo says that he likes to work at the local café, library, or the Staten Island ferry. “The ferry is a great place to work: there’s the smell of the water, and late at night there aren’t many people. It’s like being in a grand hotel lobby.”

Here’s a time-lapse video of Colombo at work:

If you like the clip, the artist has posted other videos of his sketches using an iPhone and other apps like Brushes.