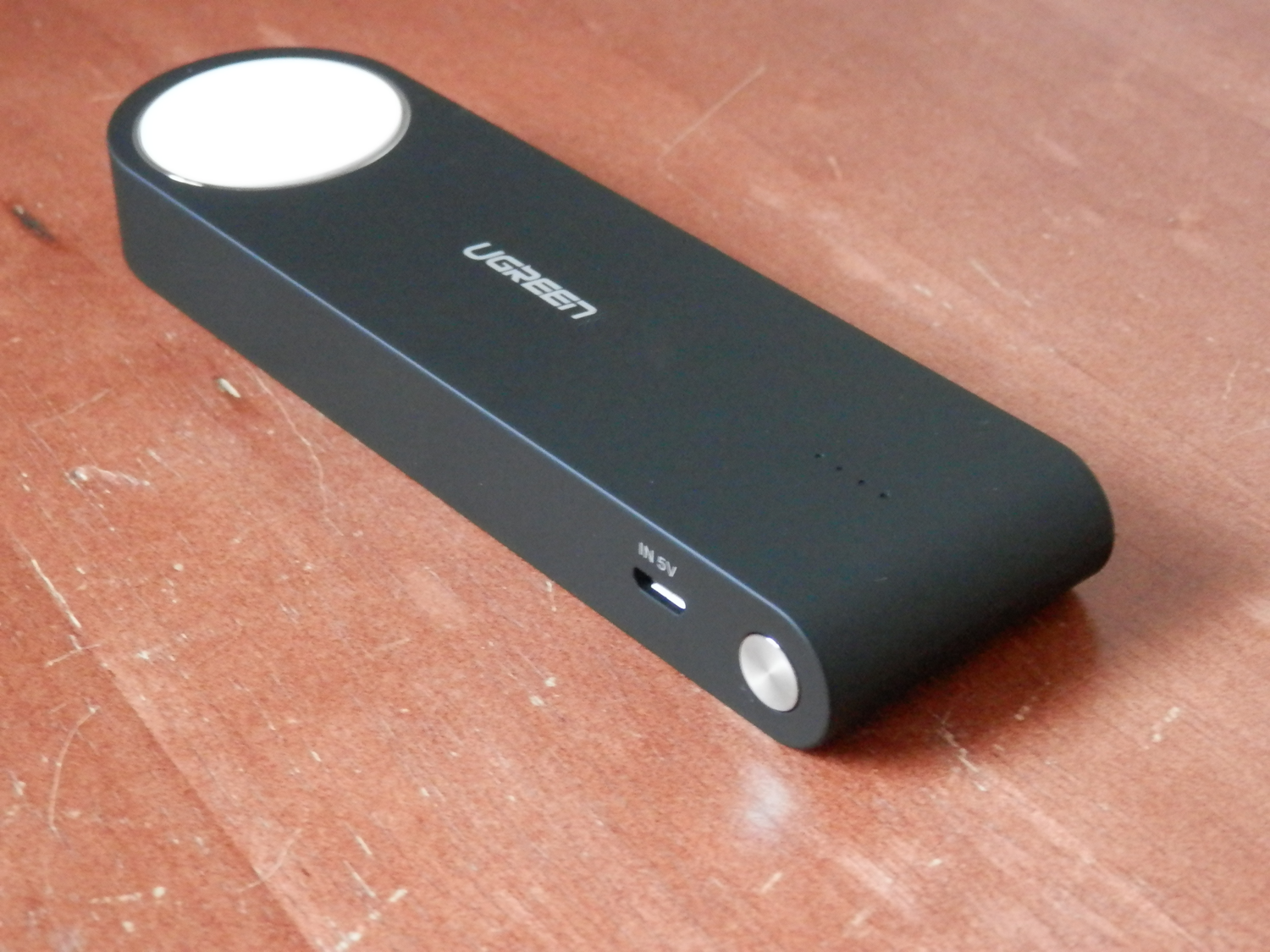 Most people experience all-day battery life with the Apple Watch, whether it’s the single core first generation model, or the dual core Series 1 or 2 versions that were launched just this year. While this is true for most people who use their Apple Watch regularly, new apps like Pokémon GO for the Apple Watch threaten to deplete your Apple Watch’s tiny battery much faster.

With that being the case, investing in some kind of portable power pack made specifically for the Apple Watch, like the Ugreen Magnetic Charger, is a good idea.

A few months back, we showed you the Kanex GoPower Watch, which had its own integrated charging puck that you could magnetically fasten your Apple Watch to without having to lug around Apple’s proprietary magnetic charging cable, but it was a bit bulkier than most would desire.

Ugreen helps resolve that problem with their magnetic charger solution, which is significantly thinner and still has its own integrated MFi-certified Apple Watch charging puck. Its thinness lets you get away with putting the backup battery in your pocket whenever you’re not using it, and you won’t have an uncomfortable lump in your pocket like you would most likely have with the Kanex GoPower Watch. 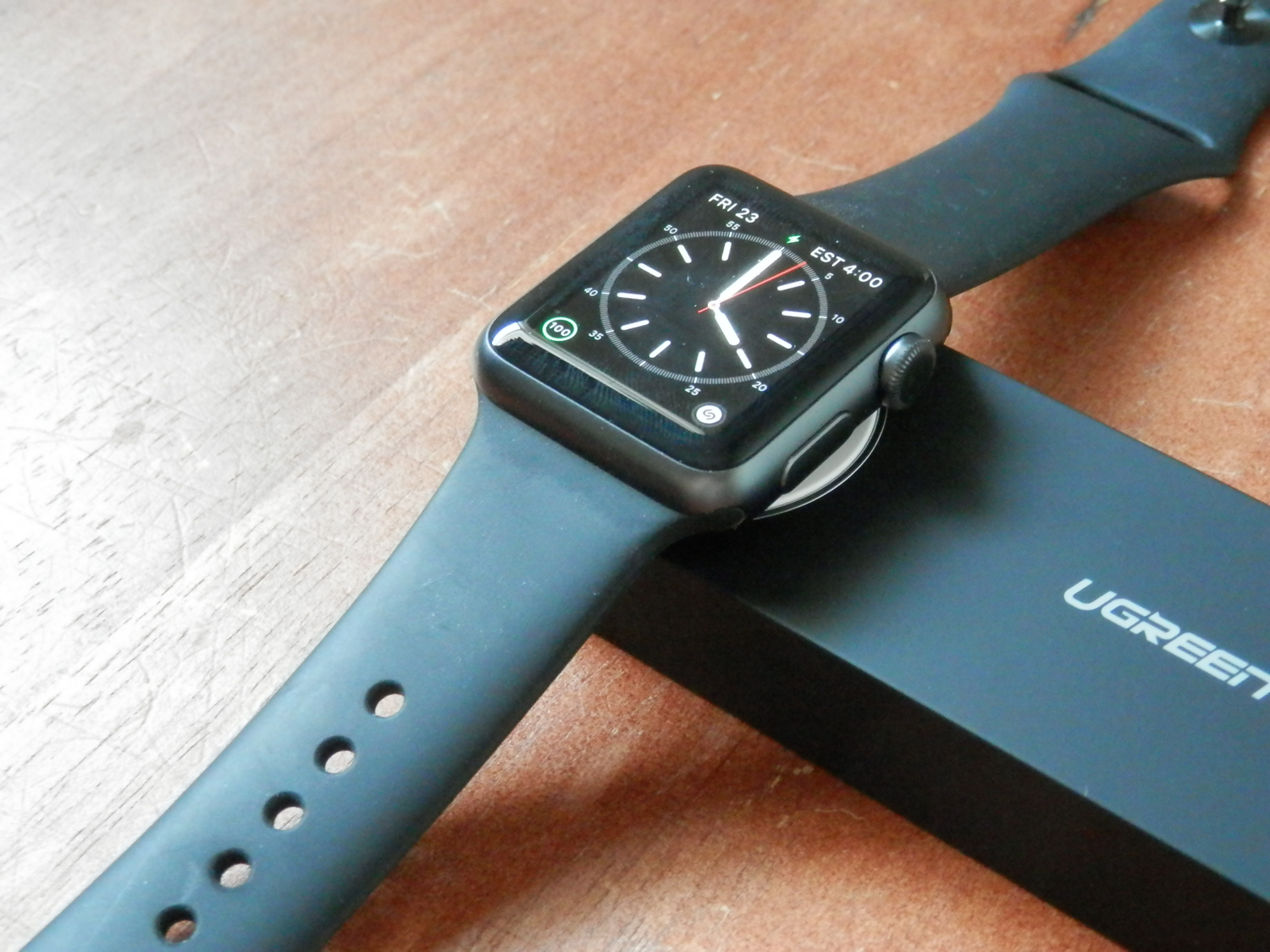 This battery packs 2,200 mAh of power, which is just a little over half of the Kanex alternative, but because no Apple Watch model has a battery capacity exceeding 273 mAh, you’ll still get several charges out of your Ugreen Magnetic Charger before it needs to be charged back up again.

To use it, you can simply attach your Apple Watch to the magnetic charging puck and then push the silver button on the side to turn it on. This will initiate the power transfer to your Apple Watch and charge it up.

The unit charges over a 5V connection with a Micro-USB cable, which is included in the box. You can plug it into any AC adapter you might have laying around, or with one of the USB-A ports on your Mac. Unfortunately, a USB-C to Micro-USB cable isn’t included, so you won’t be able to charge via your 12-inch MacBook with Retina display or the 2016 MacBook Pro without ordering a secondary cable. 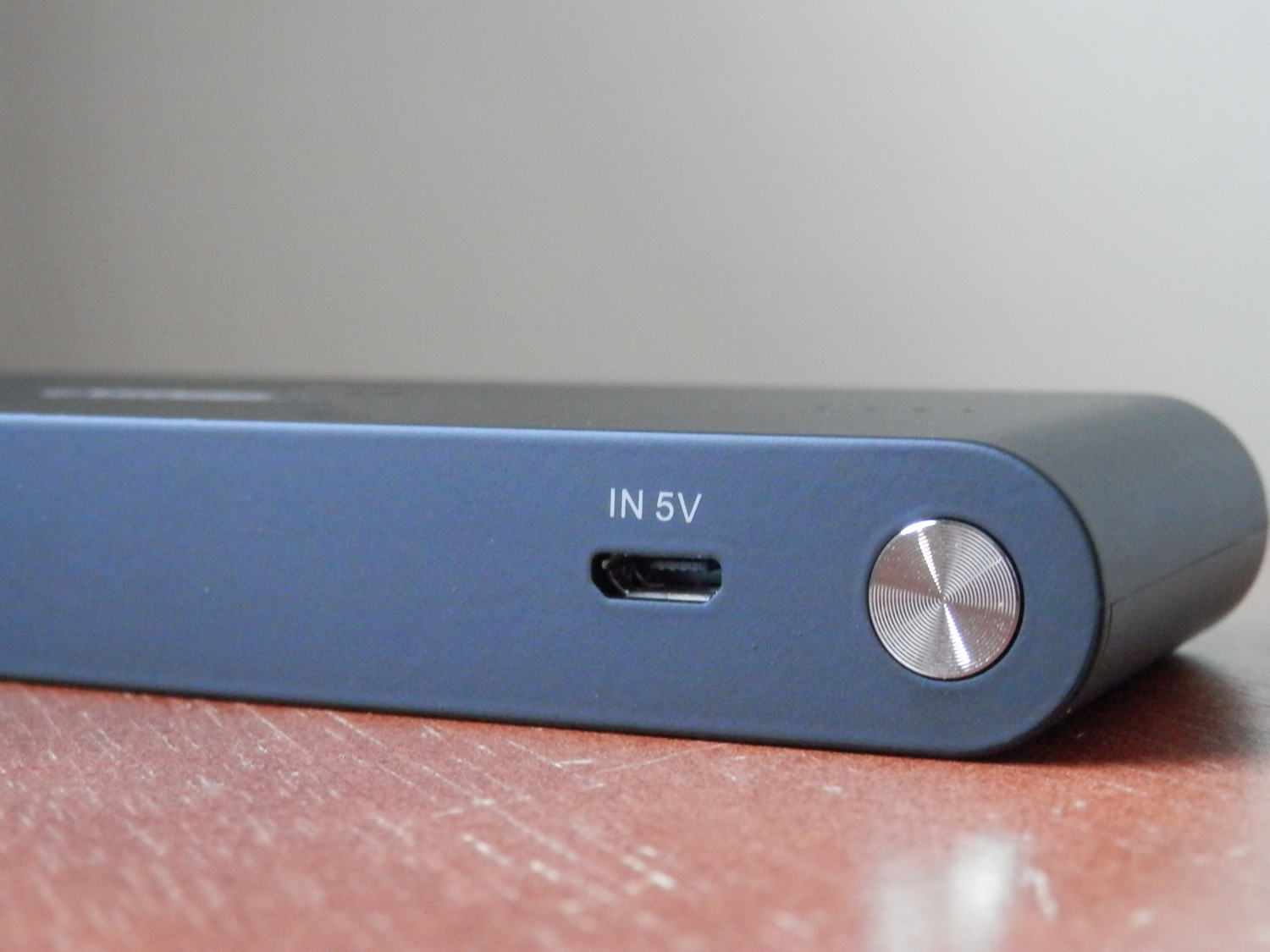 Ugreen’s Magnetic Charger also has a USB-A out port that charges via 1 amp, which can be used to power up your iPhone whenever its battery gets low. Keep in mind however that 2,200 mAh is hardly enough to fully power most modern iPhones, so you may want to only use this in emergencies or you might not have any juice leftover for your Apple Watch afterwards. 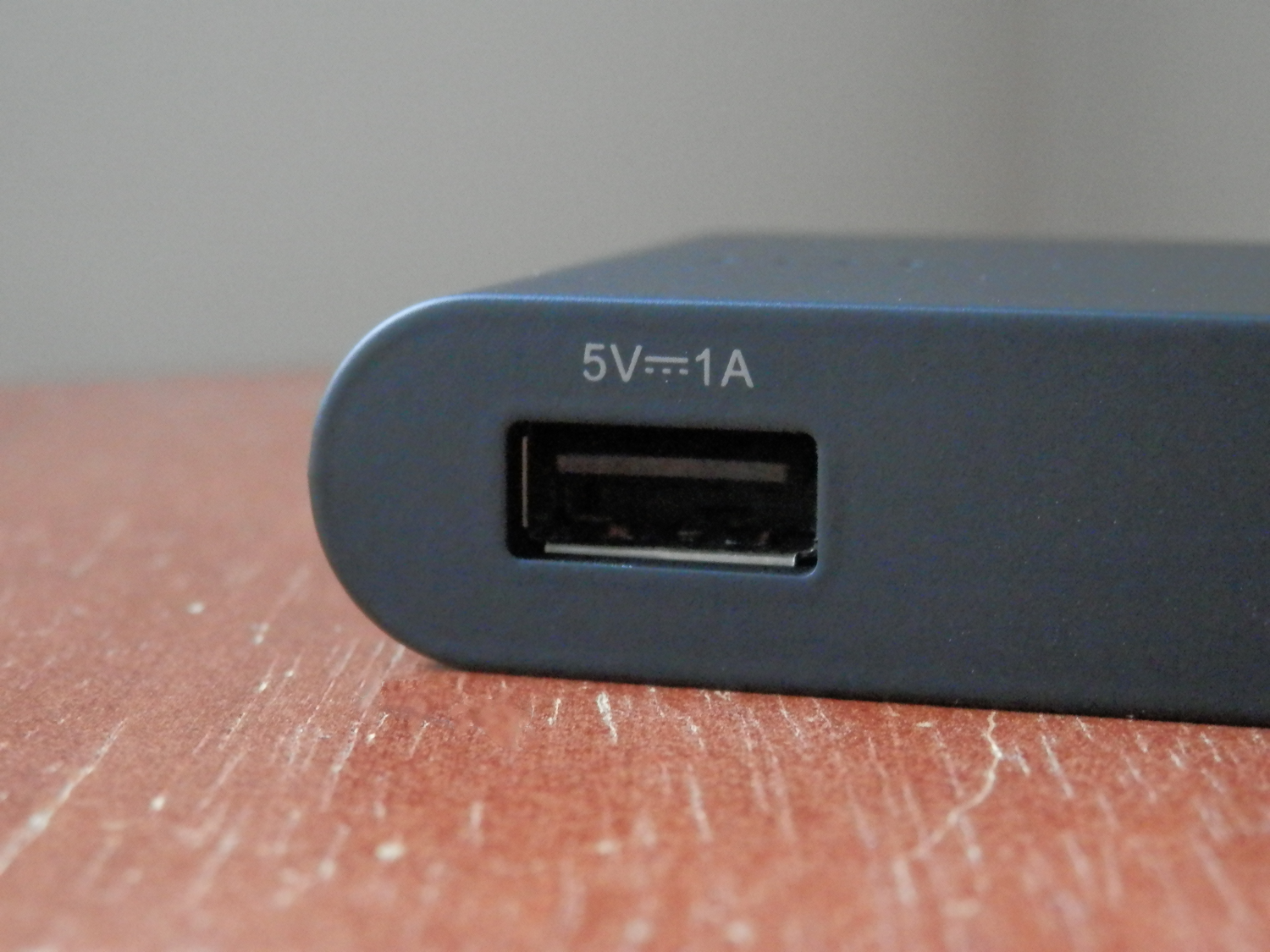 On the top of the unit is an LED indicator, which is composed of four dots. Depending on the amount of battery life you have remaining, these dots illuminate in the following manner: 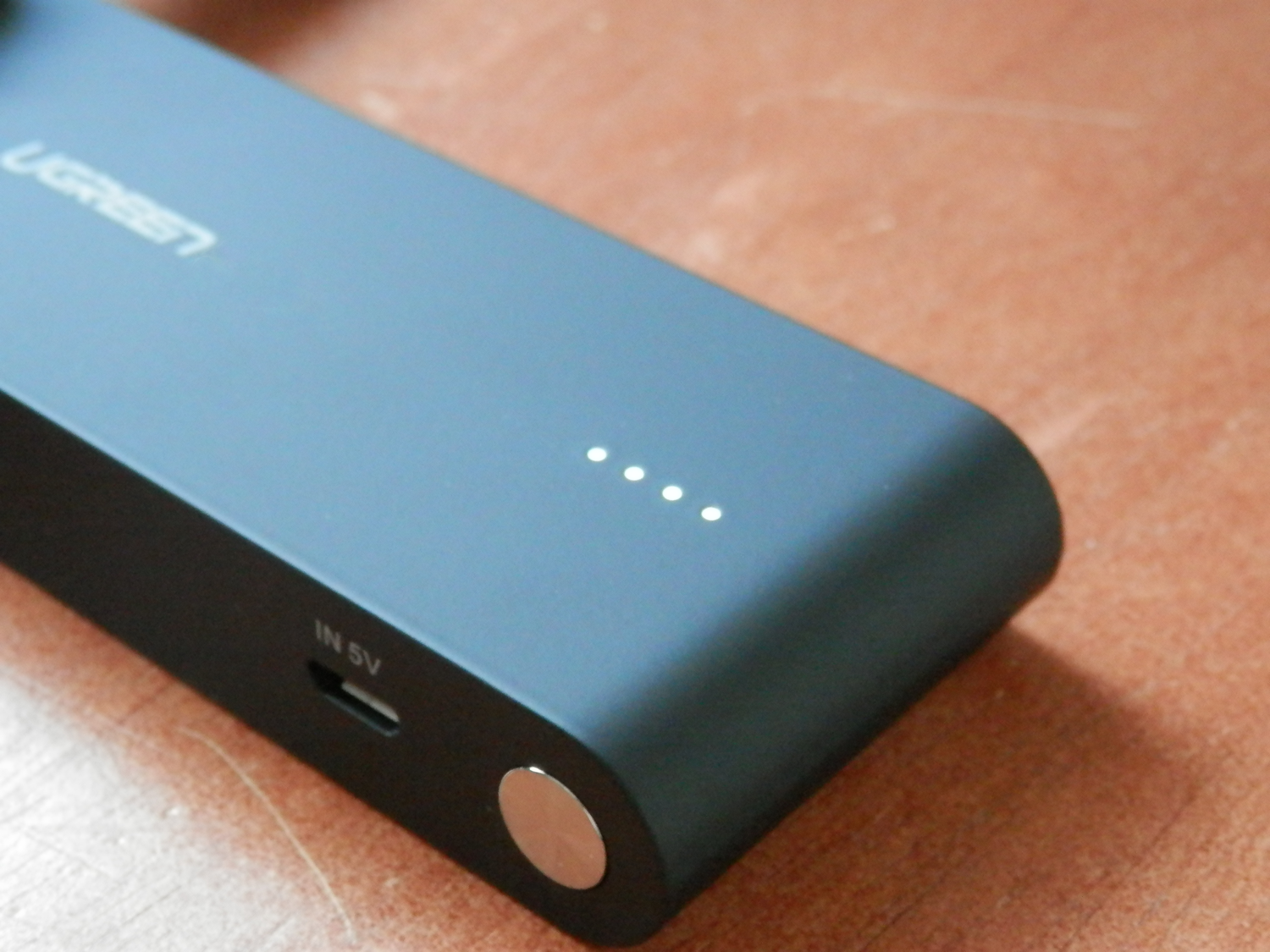 The Ugreen Magnetic Charger has built-in protections against short circuits, over-voltages, and over-currents, and the unit itself is made out of a flame-retardant material, so it’s built with safety in mind. It also includes a 1-year manufacturer warranty so that if you have any problems, you can get in touch with Ugreen and they’ll take care of you on the spot.

I’ve included a short list of pros and cons for the Ugreen Magnetic Charger below:

The Ugreen Magnetic Charger is available on Amazon for about $60, which is a decent amount less than the Kanex GoPower Watch. You can also use the promo code QMMM3TNM to save $15 at checkout.

Which one you should get depends on how you want to travel with it and how much you’re willing to spend. I think the Kanex GoPower Watch works best for people who will be storing the battery in a backpack or purse, while the Ugreen Magnetic Charger works best for those who want something slim that fits in their pocket.

What are your thoughts on the Ugreen Magnetic Charger for Apple Watch? Share in the comments below!