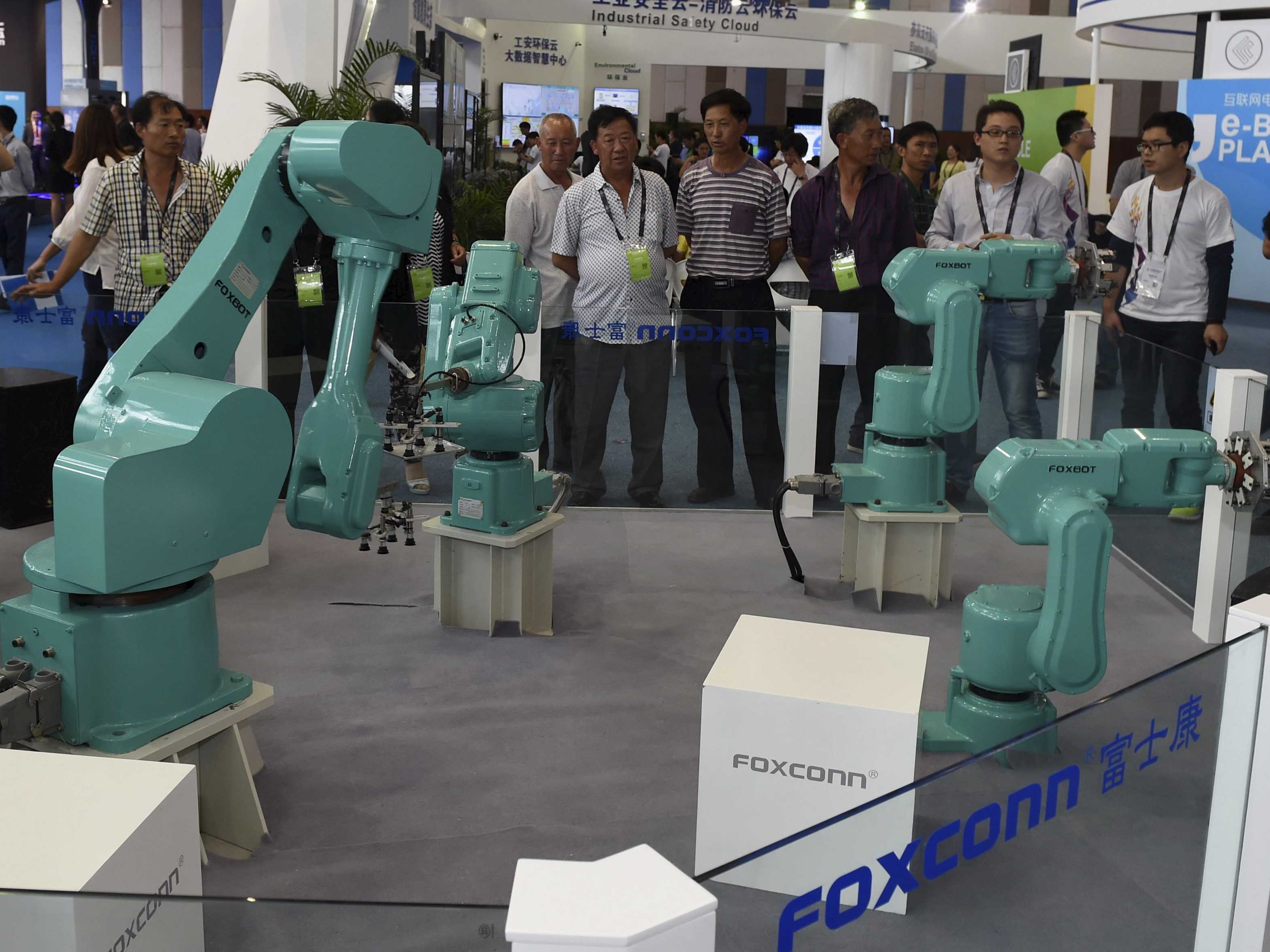 iPhone manufacturer Foxconn continues to replace factory workers with industrial robots, called Foxbots. These machines take advantage of artificial intelligence to perform elaborate assembly work more efficiently than humans can. As of May 2016, Foxbots had replaced as many as 60,000 factory workers and now a new report from DigiTimes details progress the contract manufacturer has since made in terms of boosting automated production across its facilities in China.

Firstly, they deploy automated work stations for the tasks that employees are unwilling to do and other work that may be too dangerous for human labor. In the second phase, entire production lines get automated. The third phase calls for automating entire factories with a minimal number of workers assigned for production, logistics, testing and inspection processes.

They currently have ten fully automated production lines at several factories and will eventually automate all of their plants, said Dai Jia-peng, general manager for Foxconn’s Automation Technology Development Committee.

Among the ten fully automated production lines is a CNC line in a massive iPhone plant located in the city of Zhengzhou, referred to by the locals as “iPhone City”. Other Foxconn plants in Chengdu, western China, Shenzhen and southern China have been brought to the second or third phase, too.

Foxconn designs and produces Foxbots in house at an annual rate of about 10,000 units. It has deployed more than 40,000 industrial robot units thus far. Even though robotic technology keeps improving, the company doesn’t think Foxbots will completely replace workers anytime soon because humans “have the flexibility to quickly switch from one task to another”.