Following an unexpected delay over manufacturing issues, AirPods are now finally available to purchase from Apple’s online store, with delivery before Christmas. Apple’s first Bluetooth earphones, AirPods feature an in-house designed wireless chip, dubbed W1, which provides reliable wireless connection, extended battery life and a few smart features, such as one-tap Siri integration, seamless zero-configuration pairing via iCloud, the ability for AirPods to automatically turn on when you put them in your ear and more. When used with non-Apple devices, the $159 earphones act as any standard Bluetooth device.

As seen on the screenshot below, the Apple Online Store in the United States lists AirPods with December 22 delivery. You can order yours at this Apple Store link. 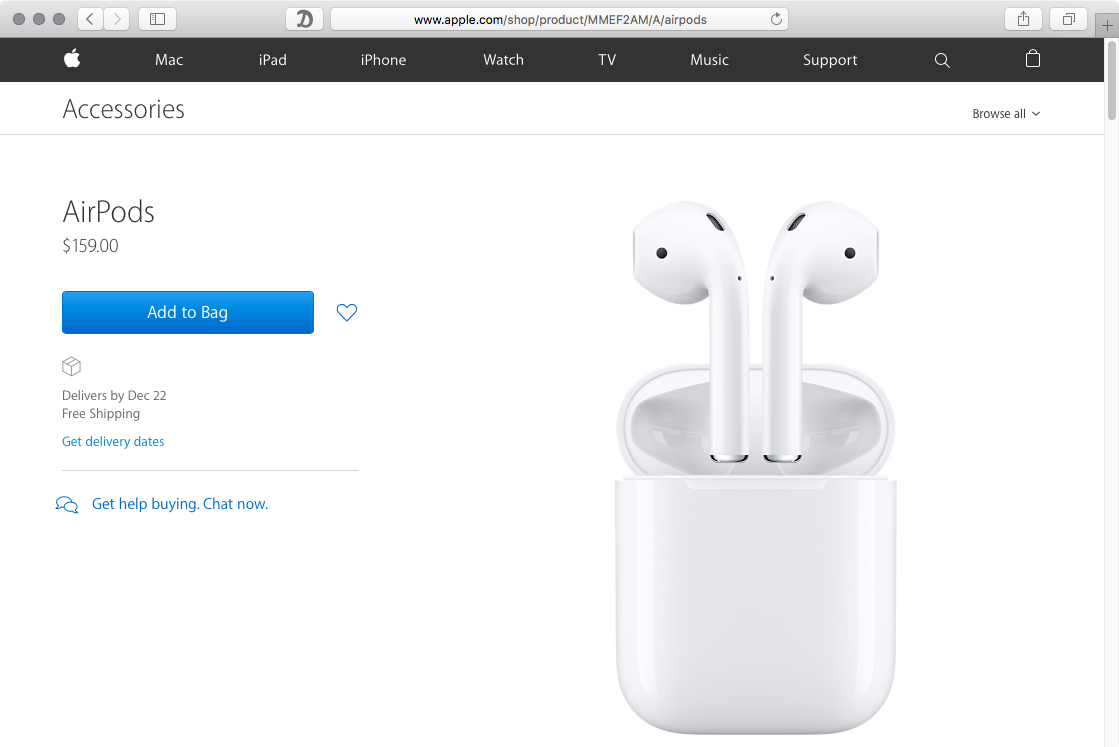 Apple pundit John Gruber said two days ago that AirPods would launch in time for Christmas. Before him, Apple’s boss Tim Cook last month wrote in an alleged response to a customer email inquiring about AirPods availability that the earphones would begin shipping in a few weeks.

Thanks to the case that holds multiple additional charges, you can get more than 24 hours of listening time before the case needs recharging via its built-in Lightning port.

AirPods are compatible with iPhone, iPad and iPod touch models with iOS 10 or later, Apple Watch models with watchOS 3 or later and Mac models with macOS Sierra or later. And as mentioned, they work as standard Bluetooth headphones (sans the smarts provided by the W1 chip) on non-Apple devices.

Will you be purchasing AirPods?