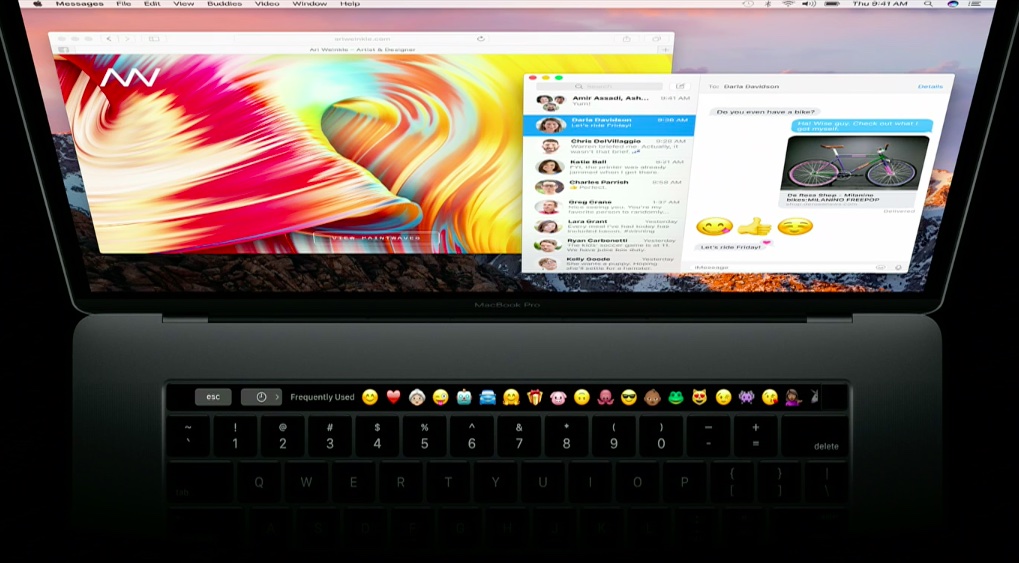 An annoying graphics glitching issue that some owners of the new MacBook Pro are seeing should become a thing of the past when macOS 10.12.2 Sierra software update releases for public consumption, according to a purported email message from Apple’s software boss Craig Federighi.

Portland-based MacRumors forum member Dennis reportedly received a reply from Federighi after asking Tim Cook via email about the reported glitches, which range from screen tearing and broken textures to brightly colored flickering and checkerboard patterns to issues with translucency, transparent graphics and other visual artifacts.

I recently placed my order for a new 2016 15-inch MacBook Pro with Touch Bar. Despite the significant expense, I did a build-to-order and upgraded to 16GB RAM and a Radeon 460 graphics card. I have been eagerly awaiting my new machine, despite the 5-week wait, and it is now estimated to be delivered between December 21 and December 28.

Today, however, I saw that some new MacBook Pro owners have experienced major graphics issues, particularly on the 15-inch build-to-order models with Radeon 460 graphics cards. I also see there are new owner questions about the claimed MacBook Pro battery life.

Are these common issues or unique to just a few users? Part of me wants to trust that I’ll receive a great machine when it’s delivered, but now I’m wondering if I should cancel my order before my machine is built and then reorder later when Apple sorts thee graphics card and battery life issues out.

And here’s a reply he received from Federighi:

Thanks for the note! We believe we have addressed all of these graphics issues in the latest beta of Sierra 10.12.2 (available at beta.apple.com).

I hope that you enjoy your new MacBook Pro — it’s a fantastic machine!

For what it’s worth, our own Andrew O’Hara says he’s still seeing these GPU problems on his MacBook Pro even after installing the latest macOS 10.12.2 Sierra beta.

As first reported by MacRumors, the graphics glitches and other problems appear to be most prevalent on built-to-order 15-inch models, but standard 13-inch and 15-inch configurations are also affected.

Here are a few video examples of the issue:

Five days ago, a MacBook Pro owner confirmed receiving a call from an Apple representative who ensured him that a software solution may be in the works:

Apple called me from Cupertino. They put together a group of engineers to get to the root of this. I re-created the incident while I was on the phone with them and sent them the log files of the crash. They also want to “capture” my MacBook Pro with all the files on it to investigate more.

Apple should release macOS 10.12.2 for public consumption some time next week.