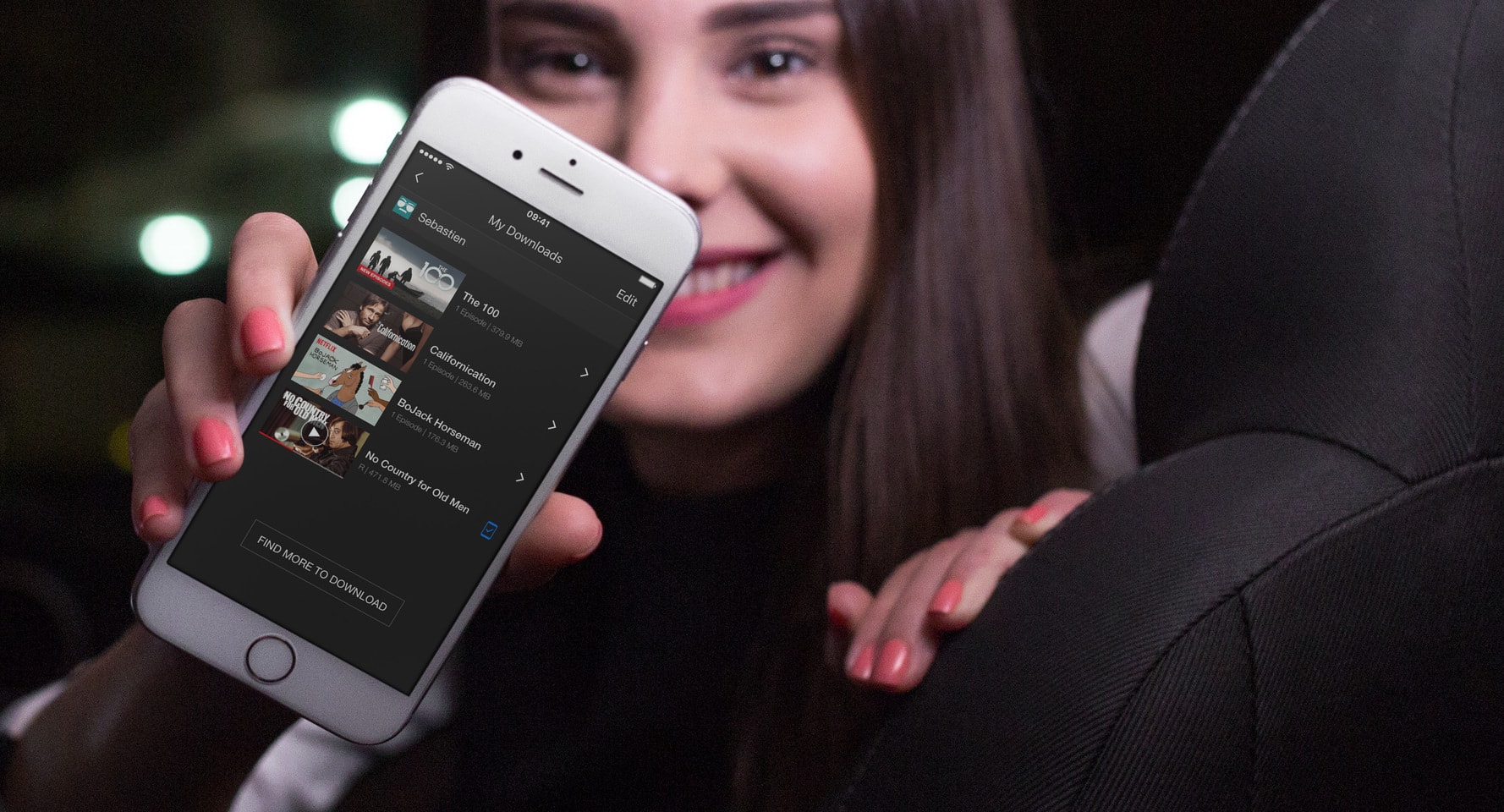 After gaining the long overdue offline playback feature last week, Netflix’s mobile app for the iPhone, iPad and iPod touch has emerged as the top iOS app on the App Store’s Top Grossing charts for the first time ever, overtaking apps like Spotify and Candy Crush Saga, according to stats from app tracking firm SensorTower. By comparison, just last month Netflix was the #7 top-grossing iPhone and iPad software overall in the United States.

At the time of this writing, Netflix’s iPhone and iPad app was the top-grossing item on App Stores in the United States, India, Mexico and Colombia.

“The app had flirted with the #1 spot previously on November 14, 2016, when it ended the day at #2, and returned to second place yesterday before topping the chart for the first time today,” noted SensorTower. Here’s Netflix app’s ascent to the top as seen in the category ranking history from SensorTower’s App Intelligence platform. 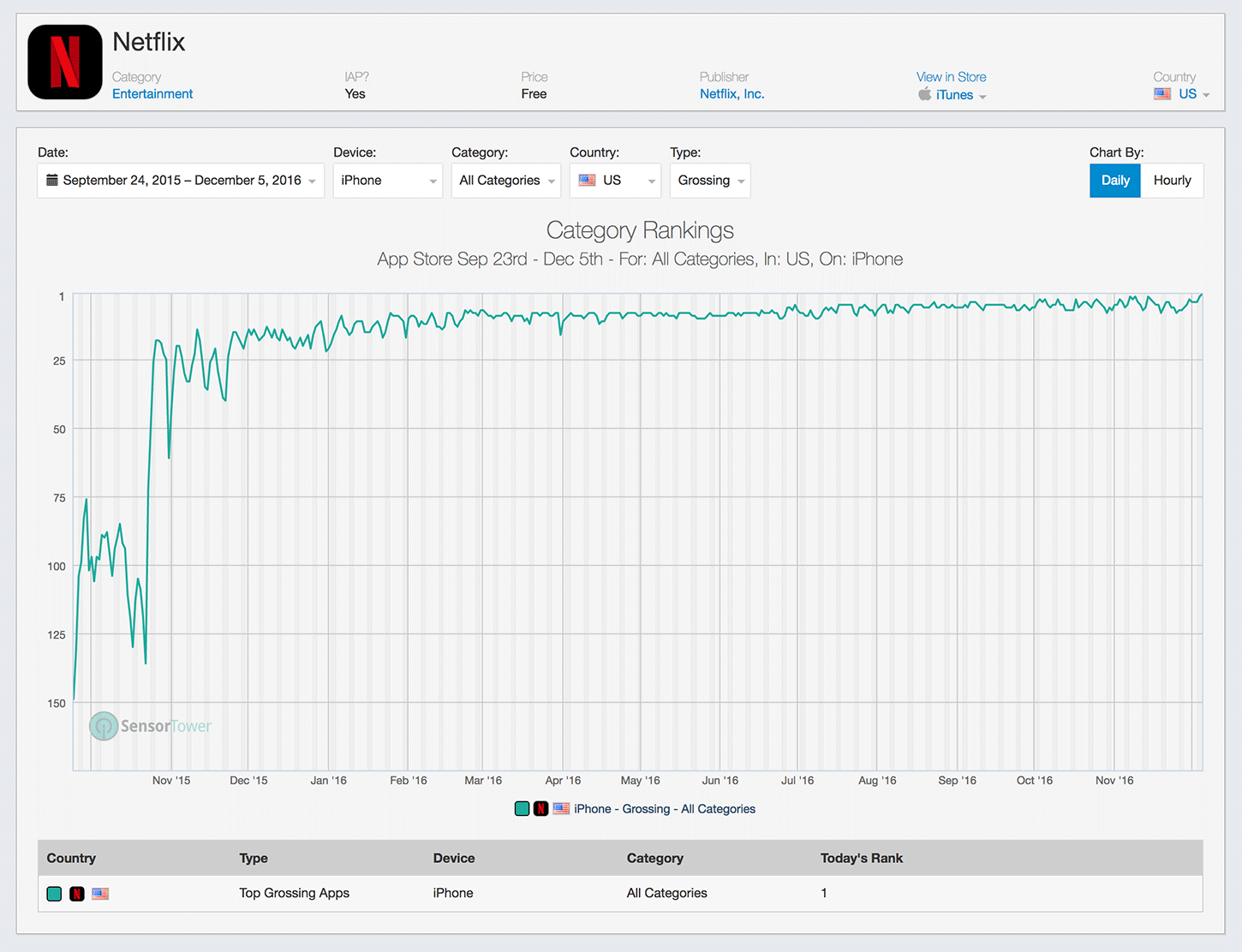 And the chart further below highlights Netflix’s weekly net revenue on the iOS platform in the United States growing from less than $50,000 in fall 2015 to nearly $2.9 million. 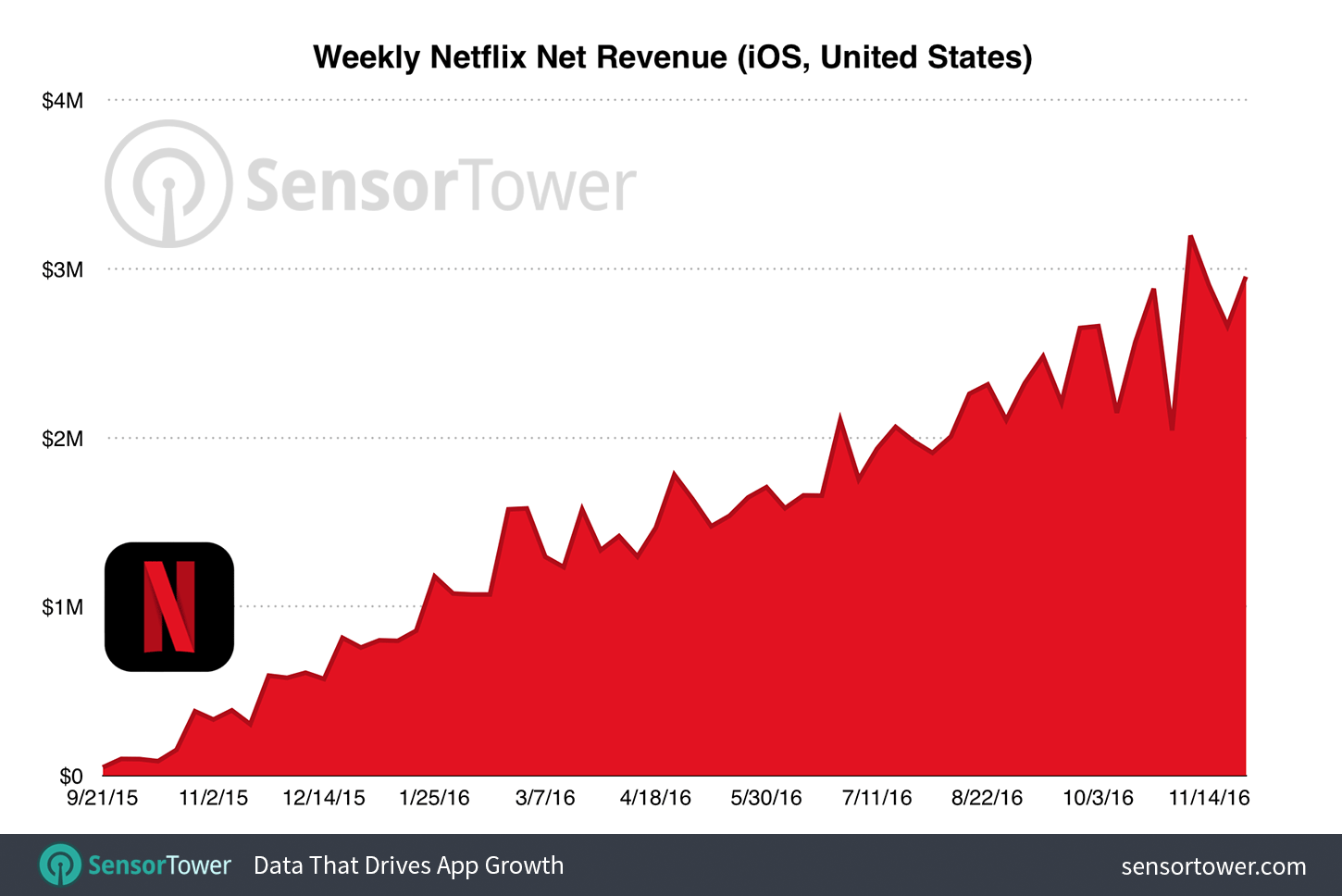 Netflix’s growth during that period can be chalked up to the decision a year ago to let users subscribe to the service through their iOS and Apple TV apps via the In-App Purchase mechanism, helping it grow its user base on Apple’s platforms.

Netflix for iOS is a free download from the App Store.