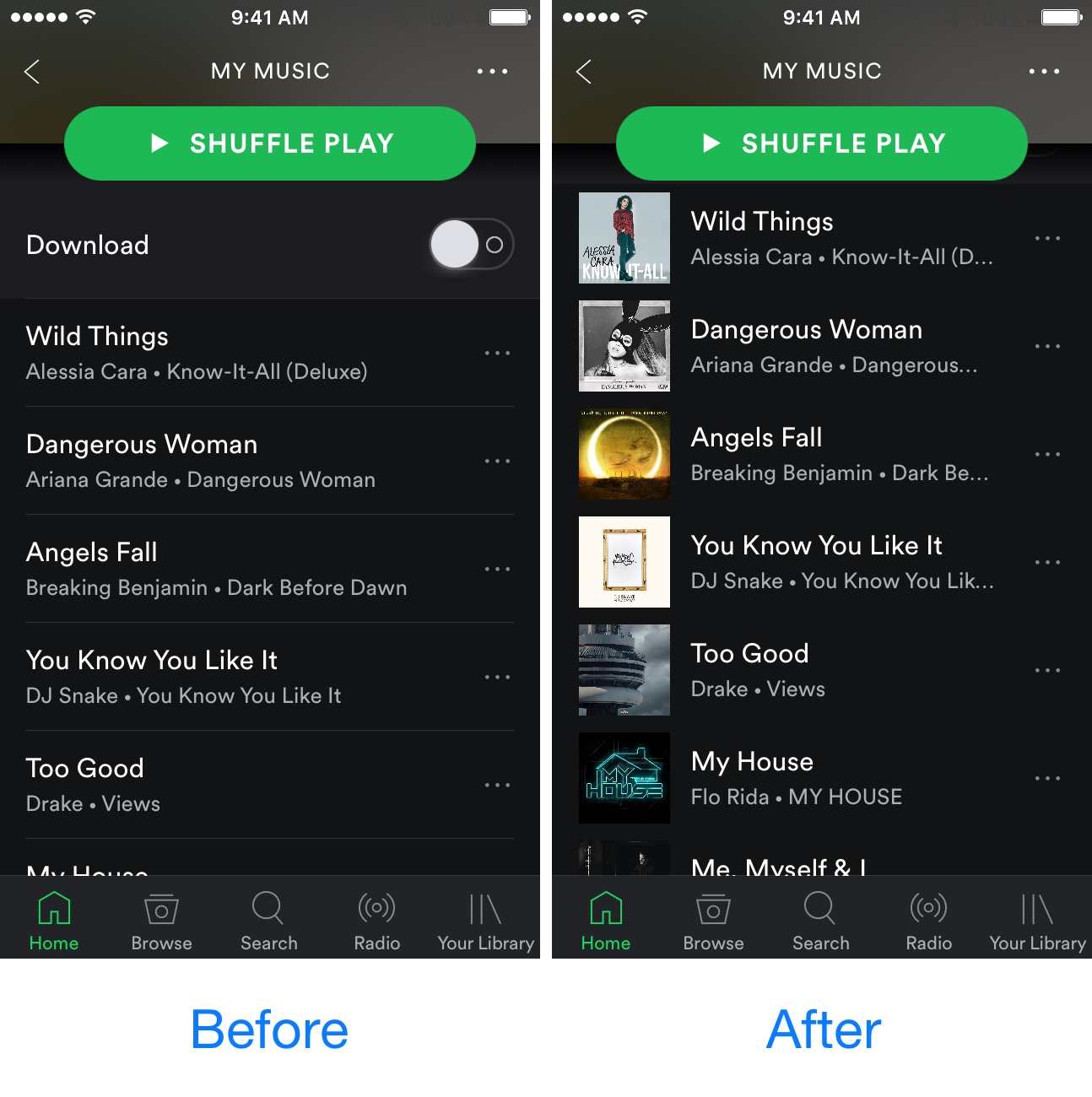 The Spotify app doesn’t normally show album artwork illustrations beside your songs in playlist view, but with a new free jailbreak tweak called Spotty, you can force it to.

Not only does it look better after the fact, but it helps make it a lot easier to recognize your music at a glance.

When you see nothing but a list of text, which is exactly how the Spotify playlist view looks beforehand, it requires more concentration to find the music you’re looking for. The moment you install Spotty and begin seeing the album artwork appear beside the songs in playlist view, you’ll instantly notice how much quicker you’ll recognize the songs you want to listen to from the list.

This makes music changing a lot easier while walking around or multitasking because you don’t have all your concentration taken away from what you’re already doing. As little of a luxury as this is, it makes a big difference.

That aside, I think the Spotify app just looks all around a whole lot better with the album artwork being shown. Obviously, it all comes down to taste and preference.

Thanks to caching abilities that are built right into the tweak, the album artwork for your songs should continue to display even when you go offline, which means you don’t need to have a direct internet connection to enjoy your visuals so long as they’ve been downloaded once already.

If you’re interested in testing out Spotty on your jailbroken device, you can download it from Cydia’s BigBoss repository right now.

Spotty works with iOS 9 devices and the latest version (6.8.0) of the free Spotify app from the App Store.