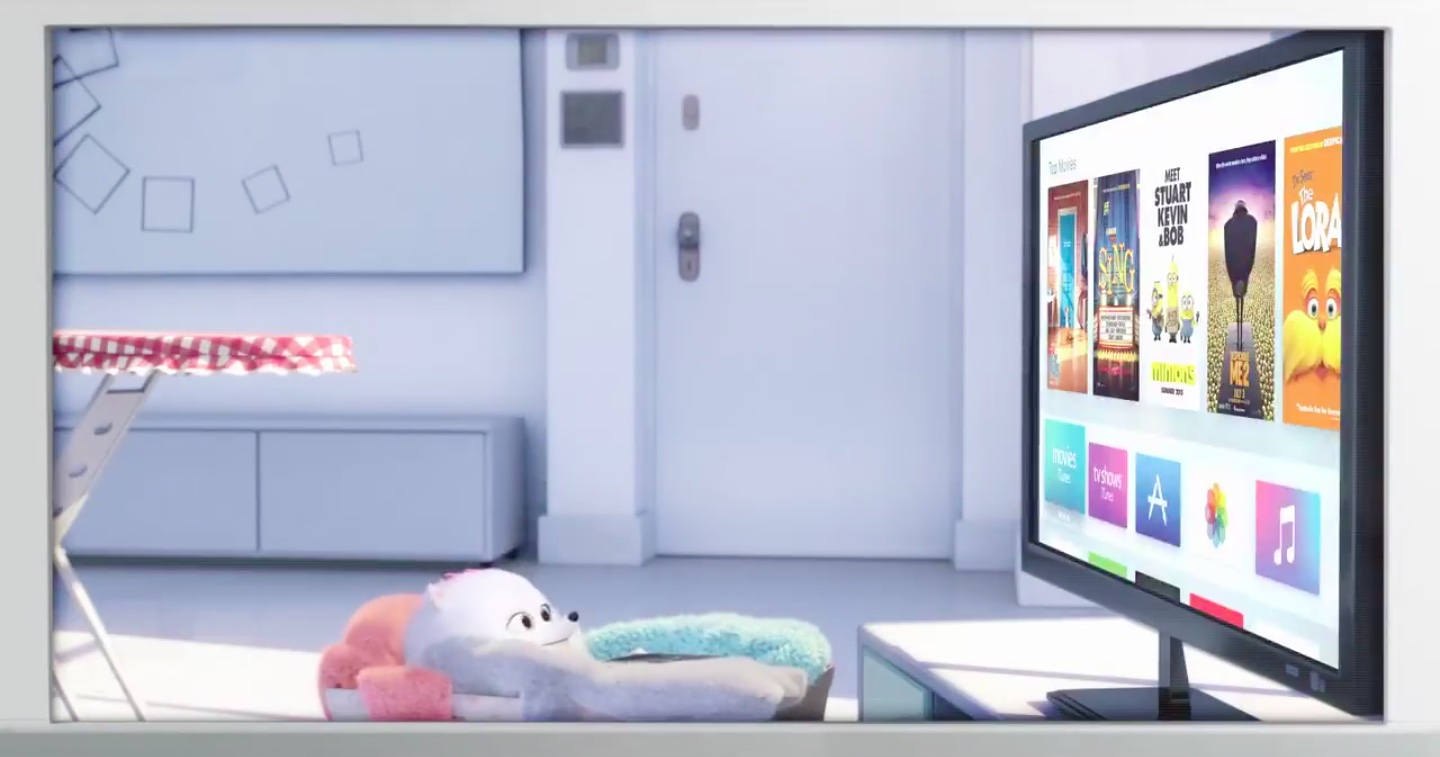 It seems Apple has partnered with Universal Pictures to promote “The Secret Life of Pets” by updating Siri’s backend with a bunch of responses related to the animated movie. The company’s official iTunes USA Facebook page promotes Siri partnership with a nicely done teaser video.

We also spotted a dedicated “Siri, what do my pets do when I’m not home?” banner which briefly appeared in the iTunes Movies app on the Apple TV.

Siri provides more than two dozen humorous responses to the question “What do my pets do when I’m not home?”, including:

“With fifteen different programmed responses, this is the first time Apple has collaborated on a home entertainment title and the first time Siri has been programmed to interact with an iTunes movie title,” said Universal Pictures.

Try it out now and tell us about your favorite responses in the comments.

This isn’t the first time Apple’s leveraged Siri to acknowledge trending pop culture references. A good example is a tie-in for the augmented reality game Pokemon GO where Siri was programmed to respond to various questions about the pokemons.

Set in a Manhattan apartment building, “The Secret Life of Pets” is an animated action/adventure comedy which takes a hilarious look into the lives of pets.

Pets gather to start their day as the two-legged residents head for work and school. The head hound is a quick-witted terrier rescue, whose position at the epicenter of his master’s universe is suddenly threatened when she comes home with Duke, a sloppy mongrel with no polish.

The two soon find themselves on the mean streets of New York, where they meet the adorable white bunny Snowball. It turns out that Snowball is the leader of an army of pets that were abandoned and are determined to get back at humanity and every owner-loving pet. The dogs must thwart this plot and make it back in time for dinner.

Digital release of ”The Secret Life of Pets” is now available for purchase from the iTunes Store for $19.99. It comes with a bunch of iTunes Extras that include three mini-movies along with various other perks.