AT&T on Monday unveiled its upcoming internet TV streaming service called DirecTV Now. Similar to competing services such as Sling TV and Playstation Vue, the service will be available starting Wednesday November 30th in the US on several platforms, including Apple’s iPhone, iPad, and Apple TV.

With up to 120+ channels available, the service is divided into four different tiers:

HBO and Cinemax can also be purchased as separate add-ons to any tier for $5 extra each per month. 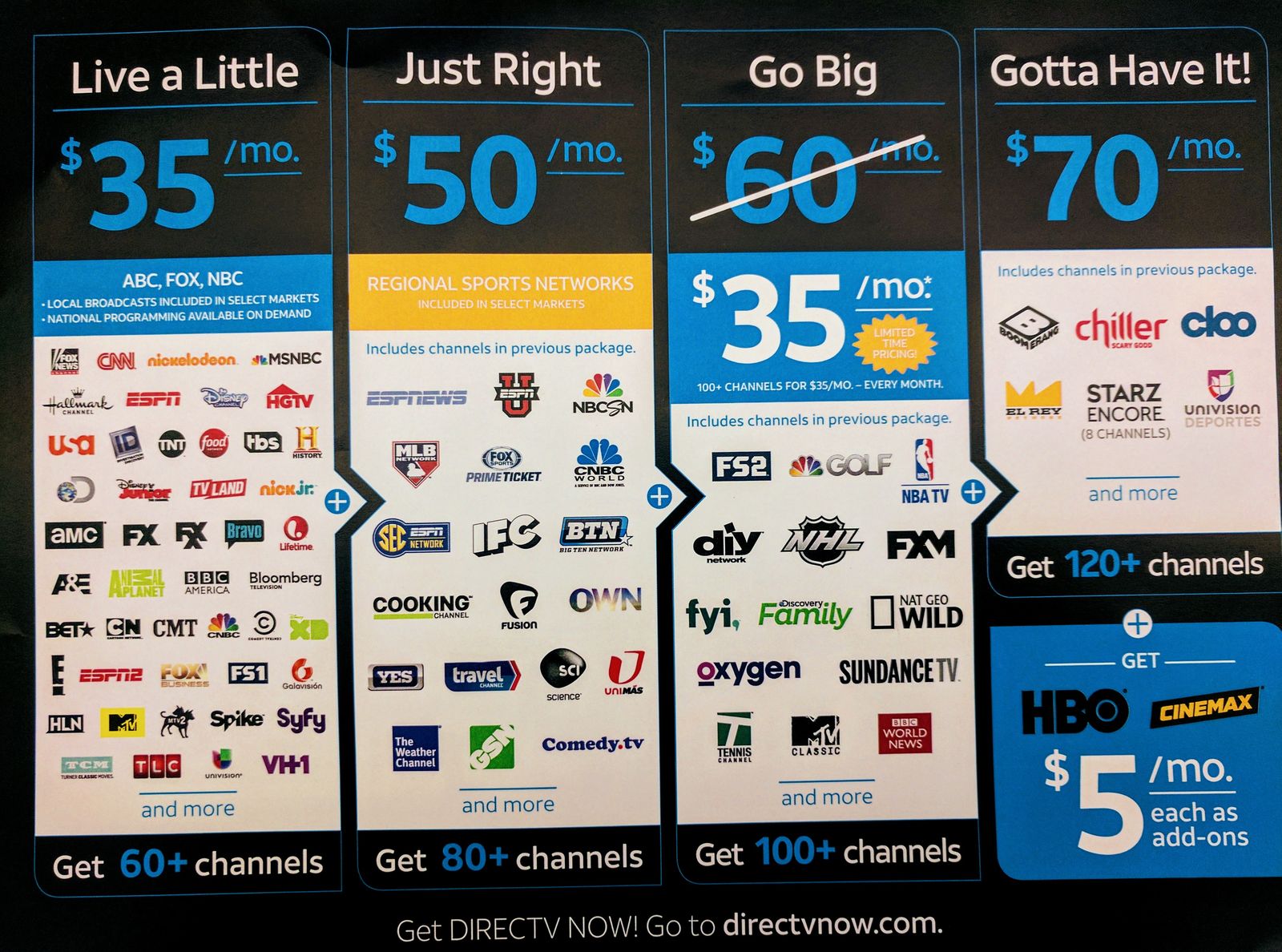 A free 7-day trial will be available for potential new customers, and as part of a special promotion, AT&T will offer the Go Big bundle for $35/month for a limited time. Because this is a streaming-only offering, no cable box is required, and maybe more importantly, no contract or long-term commitment is necessary.

You can score a free Apple TV

AT&T also notes that they will make DirecTV Now available to select smart TVs in the future.

Existing AT&T customers get an additional perk as whatever data they are using to watch DirecTV Now from their mobile devices won’t count against their data cap. That means that if you’re an AT&T customer, you can stream DirecTV Now all day from your iPhone without impacting your data allotment. This is a major plus that other competing services can’t match for the time being.

If you’re a cord cutter, do these offers seem appealing to you? Would you consider signing up?

Source: AT&T, image via The Verge