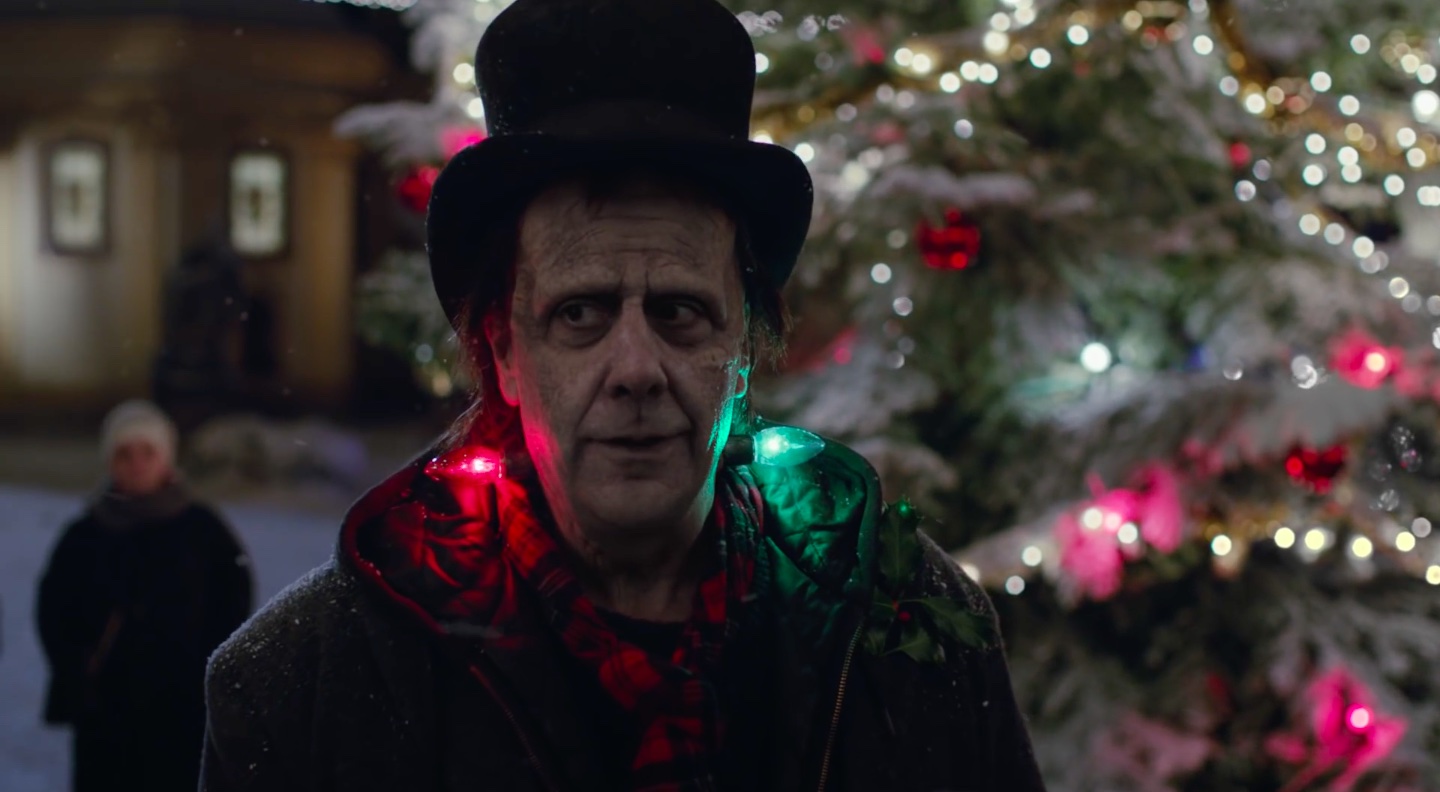 Apple has stopped disclosing how much it spends on advertising, as revealed in its annual report (10-K) filed with the United States Securities and Exchange (SEC) commission in October.

Apple’s motives behind this move are unclear and the SEC filing makes no mention of its advertising expenses for the whole 2016. In 2015, Apple’s ad spend rose fifty percent to a record $1.8 billion.

The decision to stop reporting how much it spends on advertising may have something to do with the fact that the iPhone maker ended 2016 with its lowest operating margin since 2009, partially due to spending more ad dollars to drive total revenue.

Wells Fargo analysts say that while Apple’s decision won’t have any bearing on its business in terms of the financials, it will make it difficult to track the firm’s ad spend as a percentage of revenue, like you’re seeing on their chart below that shows how much Apple’s advertising expenditure has grown since 2008. 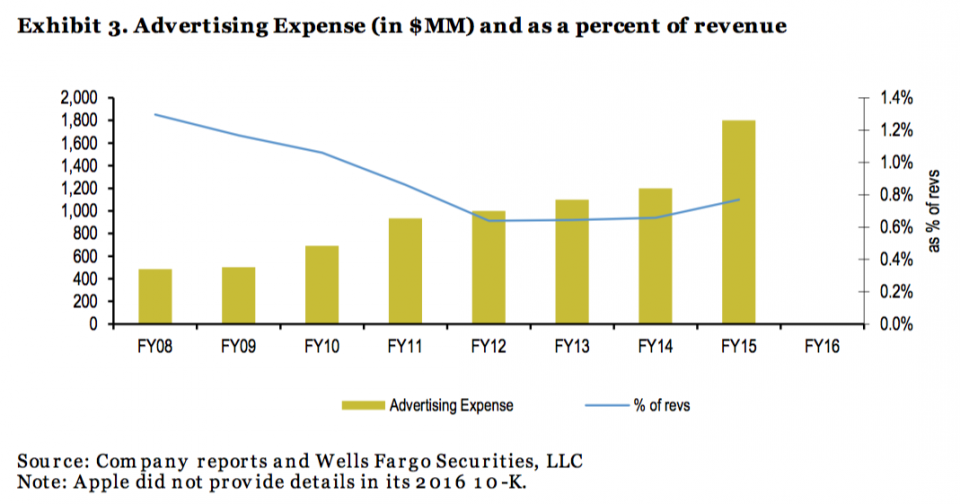 The SEC filing cautions investors that Apple’s advertising costs are expensed as “incurred” and included in selling, general and administrative (SG&A) expenses. Notably, the company’s SG&A costs decreased one percent annually to $14.1 billion versus 19 percent year-on-year increase in 2015.

“The decrease in selling, general and administrative expense in 2016 compared to 2015 was due primarily to lower discretionary expenditures and advertising costs, partially offset by an increase in headcount and related expenses,” states the filing.

“Logic would dictate that Apple’s ad spend hit another record high in 2016 and, because it was spending more on ad costs per sale, the company decided it would look better not to make this figure public,” speculates Business Insider.

Under SEC rules, publicly traded companies are not required to split out their advertising spend from their general SG&A expenses figure. Apple may have chosen to stop reporting ad spending for competitive reasons.

As for the Apple Watch, the company has never disclosed sales of the wearable device and instead lumps those figures together along with sales of Apple TV, Beats products, iPod and Apple-branded and third-party accessories in the collective “Other” category.

During the September 2016 quarter, “Other” products raked in $2.37 billion in revenue, or about five percent of Apple’s total quarterly revenue of $46.852 billion.